The Fall and Rise of the Milennial 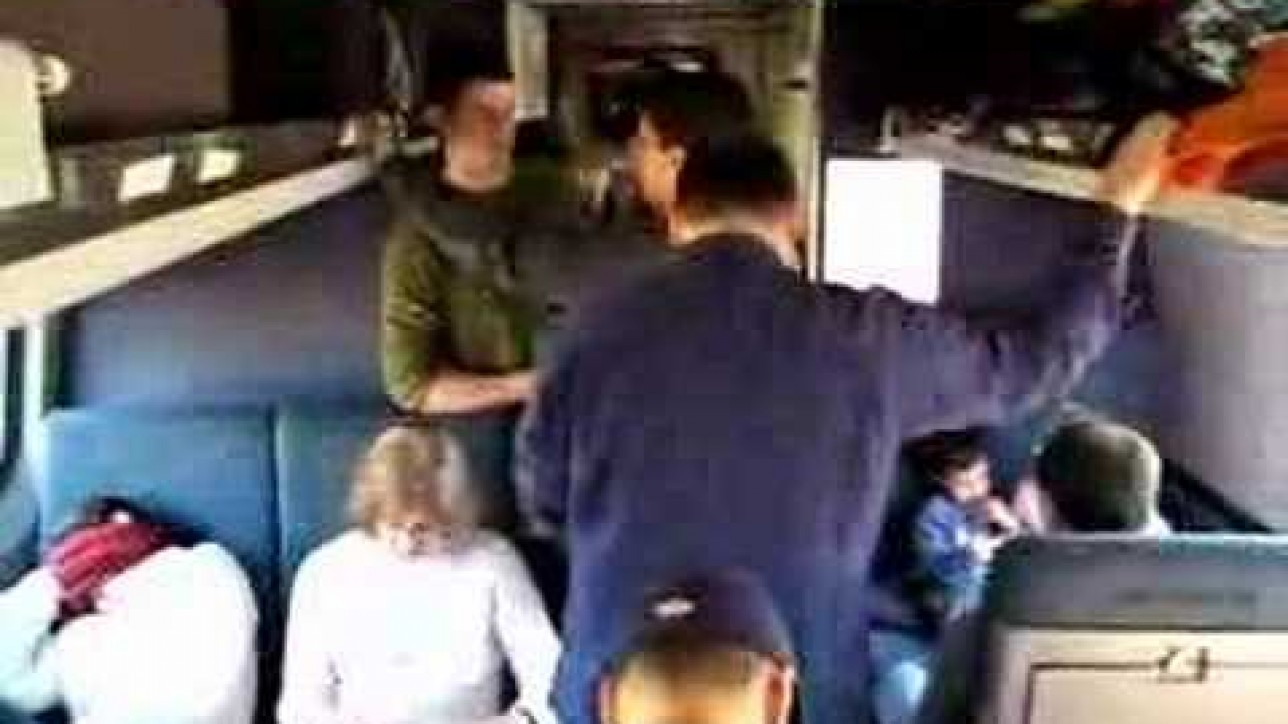 A couple weeks ago I took an Amtrak train to Baltimore. I timed the trip perfectly to coincide with my sister’s flight from Charleston. We were meeting to work yet another stint on the Food Truck. My ever-loving spouse met me at the station, carried my 50-pound suitcase up the steep stairs, deposited me on the correct track, kissed me goodbye and hopped his own train to meet a friend in New York City. It couldn’t have been easier.

My spouse takes the train all the time. So much so that we have frequent flyer train points. He loves riding the rains and often exalts the benefits of train travel. There’s WIFI! Power plugs! Leg room! I couldn’t wait.

I even had an upgrade coupon. And anyone who knows me knows that first-class is the way I like to travel.

The train arrived right on schedule and I lugged my 50-pound suitcase through the silver door and into the first car, laptop slung over one shoulder, red Tumi tote bag over the other, both crammed with all kinds of provisions I would never use. I surveyed the situation, beads of sweat forming on my brow, as I dragged the 50-pound suitcase down the rocking aisle, laptop and tote bags alternately slipping off my shoulders.

There were no seats. None.

Choo choos don’t wait for everyone to be seated, so I just kept going, trying to get my rail legs accustomed to the lurching and swaying. I had my upgrade coupon out and ready to hand to the conductor who was undoubtedly waiting to direct me to a nice, empty first-class car just ahead.

By the time I stumbled into the third car I was more than agitated. There was not a single seat. My arms were aching and I was internally cursing my need to bring four pairs of shoes, two sweaters, three jackets of varying weights, a full bottle of shampoo, a toiletry bag that took up a third of the suitcase, nighttime wear that I knew as I packed I would never wear, and my large, but portable fan that I won’t leave home without.

Why can’t I just be a normal person? I asked myself as steam and tears collided behind my ears and eyes.

When I got to the fourth car, I hit pay dirt. Right there in front of me was a little enclave of four seats, two-and-two facing one another. And there were only two occupants.

But they were millennials.

And I knew I didn’t have a prayer.

The female, long stringy hair covering her face as she swiped and typed in her phone with fury, had her feet up on the seat across from her, a Hershel backpack, Patagonia fleece and crumpled Dunkin’ Donuts bag filling the extra space. The male, scruffily bearded and earphoned needed no props other than his six-foot-two frame to claim his territory.

And yet, I stared them down.

I stood there for a full five minutes, glaring. They never batted an eye.

“That’s OK,” I finally said, loudly enough for the entire car to hear. “I can stand for three hours. I’m not that old.”

At that point, a conductor miraculously appeared and ushered me to a seat occupied by two middle-aged men.

“Would you mind giving up your seat for this young lady?”

The aisle-seat man jumped up before the words were out of the conductor’s mouth.

I was humiliated and even more so when he lifted my 50-pound suitcase and hoisted it above the seat.

The conductor winked at me. “He’s getting off at the next stop anyway.”

When I was the baby boomer version of a millennial, I rode a Trailways bus from Philadelphia to Flagstaff, Arizona. The trip meant three days of drooling on myself as I dozed off between one one-horse town and another, brushing my teeth with non-potable water in the heavily-perfumed mobile bathroom and sink-bathing in seedy bus stations.

And every time the bus driver announced on the PA system that we were coming up on the next Poseyville or Tucumcari, I’d do just what the Amtrak millennials did. I’d move to the aisle seat, prop my Jansport backpack by the window, cover my face with my long, frizzy, red hair and feign deep, uninterruptible sleep.

Sometimes it worked. And sometimes I got the smelly old man pressing his thigh against mine for the next 283 miles.

So, I get it. But still I can’t help but cringe, picturing one of my millennial children letting an old lady with a 50-pound suitcase stand before they’d offer her a seat.

The other day I flew home from Boston after working the Head of the Charles Regatta with the food truckies.

I was safely tucked into my aisle seat, anxiously anticipating my over-sized, odiferous or obnoxious seatmate.

“Looks like that’s me in the middle,” the clean-shaven millennial in the North Face jacket and khaki-colored pants smiled at me.

“Sorry, I said. “Even I am not kind enough to give up my aisle seat.”

He laughed and eased in next to me. We commiserated over airline travel; the teeny seats, the high prices, the long security lines.

I gave him my third-of-an-ounce bag of crispy snacks that I got free with my Diet Coke with extra ice.

He laughed, wolfed them down and caught a little shut-eye.

Never in all my years of flying have I ever had that stern of a warning, nor that turbulent of a trip.

Through it all, I didn’t think about dying. But rather, thanks to my seatmate, that my faith in the millennial had been restored. I pictured my sons lifting an old man’s carry-on into the overhead bin and my daughter comforting a grandmother as they rode out the turbulence hand-in-hand.

“I’m glad we lived,” my handsome young millennial laughed when we landed.

But being a millennial, he wasn’t meeting a 50-pound suitcase at the luggage carousel.

And sadly, he disappeared into the crowd before I could ask if he’d marry my daughter.