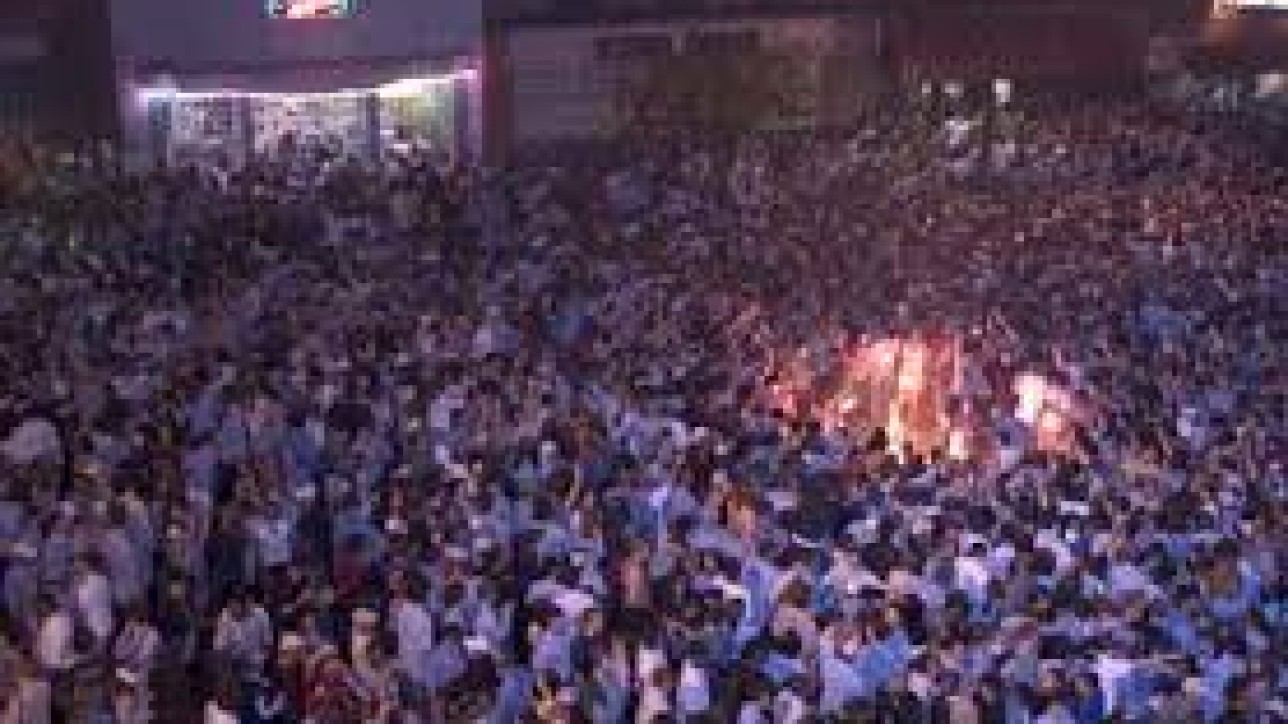 “So, Mom,” the daughter said in her daily afternoon call. “What do you think? Should I spend $700 to fly to North Carolina?”

This was the day before the NCAA Championship basketball game between Villanova and UNC. The game was being played in Houston but the celebration would be on Franklin Street in Chapel Hill. All over campus and in homes across the country, there are framed photos of Carolina-blue clad students swarming the street after the 2009 victory, a year before the daughter matriculated at The University of North Carolina.

It took all of my parenting power not to say, “Go for it!” or worse, offer to help finance the trip. Because, of course, I would have gone in a heartbeat.

In the end, she proved herself much more sensible than her mother, or perhaps it was just a matter of a maxed-out credit card. She stayed in New Orleans and gasped along with much less-invested basketball fans as a last-second shot stole the title from “us.”

The day after the agonizing defeat, I had a hard time looking at the headlines. I cringed when I heard on the radio that it was going to go down as one of the greatest championship games of all time. And I really, truly had a pit in my stomach. It wasn’t until I read Adam Lucas’s masterpiece that I realized I wasn’t the only person who felt this way. If you are an iota of a sports fan or college loyalist, give it a read. It explains a lot.

But, on some level it also validates my contention that sports are stupid.

I shake my head at some of the stupid things I’ve done in the name of sports.

When Anthony Apreda was 11 or 12 years-old, I drove him to Rhode Island at 5:30 in the morning. I don’t get up at 5:30 in the morning for anything. But, we had a Titans baseball tournament and we needed him to pitch. He couldn’t go with the rest of the team the day before because he wanted to also participate in a local tournament that honored his late father. Anthony has always been one of those kids who wants it all and I was one of those kids once myself. So I did it. I drove the 175 miles to Rhode Island, watched a game and turned around and drove back home later that afternoon.

When Leo was a young ‘un, we played in a baseball tournament south of Richmond, Virginia over St. Patrick’s Day weekend. Theoretically, it would be warmer 350 miles south and the ice and snow storm that was pummeling New Jersey would be but a distant memory by the time we reached our destination. I drove my friend Theresa’s Suburban because there was no way she was going to slip and slide across the Susquehanna River Bridge and skid her way into Virginia. I pretended to be fearless because it was that important to be there to watch 10 year-olds play baseball. In the snow. Yes. It snowed.

Countless times I squished myself between illegal numbers of burly passengers in the back seat of Angela and Tony Hargraves’ Jeep and drove 2 ½ hours to Connecticut to watch their sons play in an hour-long, non competitive, Prep school basketball game.

I ventured into the bowels of the Bronx, the heart of Harlem and questionable courts in Queens for a night-time basketball league in which Max was determined to play. I’d drop him off at the court, circle and circle until I found a parking spot and then walk blocks and blocks in unfamiliar and often not-so-nice neighborhoods, alone. But come Hell or high water, I’d get my kid to the game. And I’d be there to watch.

I rode overnight in a bus with two dozen teenaged cheerleaders and spent three days in Myrtle Beach with thousands of massively made-up, scantily-clad, sequined girls squealing with glee when they hit their back-tuck basket tosses. And heaving with sobs when they dropped a stunt. As they always did.

And I spent thousands and thousands and thousands of hours talking, fretting, scheming and praying about sports. I had constant internal talks with God, begging for my kids and my friends’ kids and kids I didn’t even know to win the championship or get the college scholarship or get drafted into the NBA or MLB or NFL. That they would make the free throw, hit the winning RBI, pull off the perfect routine, make the game-winning pass or just simply survive an at-bat without striking out.

I couldn’t tell you who won the tournament in Rhode Island. I don’t even know if we finished the games in snowy Virginia. I think we did OK, but not good enough in Myrtle Beach. And I can only guess that we lost more basketball games than we won in the New York league.

What I do know is that I got a lump in my throat every time we came close but didn’t win. I know I always felt bad for the losers when we did win. And I know that every time we lost, I’d get that overwhelming feeling that it was proof, once again, that sports are stupid.

For in the end, you grow up to be an accountant anyway. Or a teacher. Or a lawyer. Or a coach. Or a mom who tries not to wear her heart on her sleeve as she endures endless sporting events, all the while trying desperately to make sense of why the win is so important and why the loss is so defining.