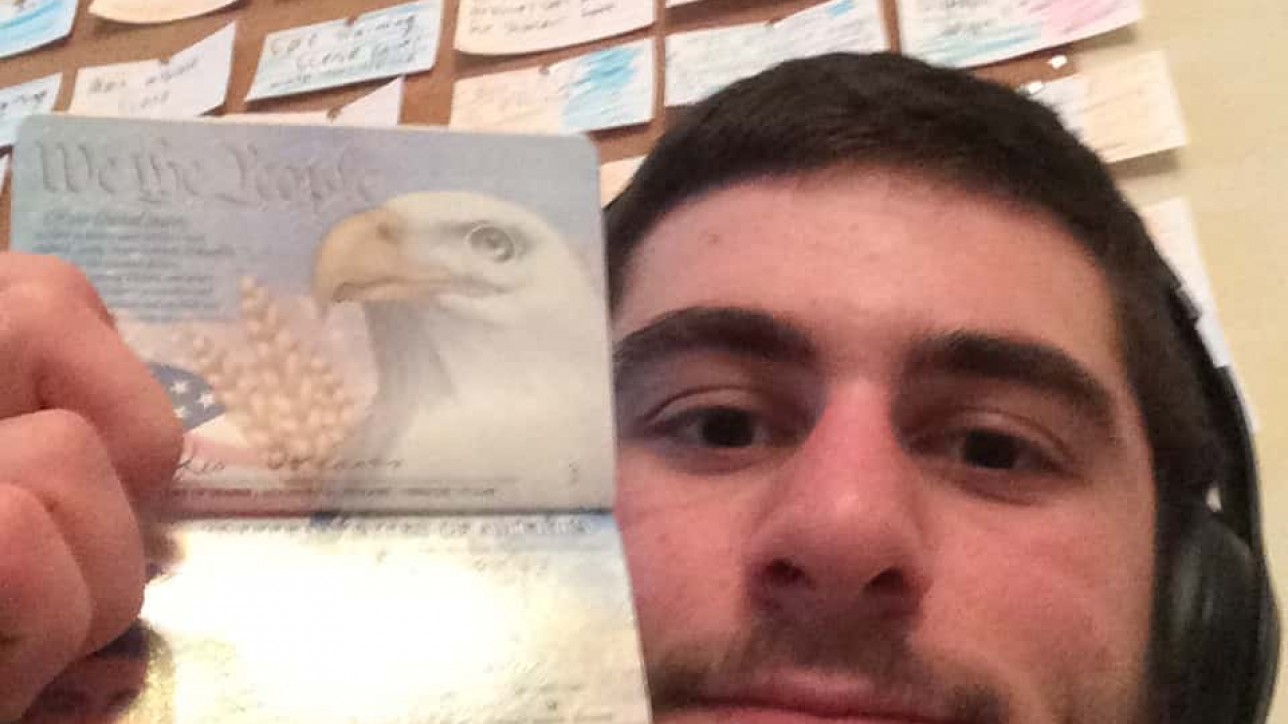 “Do you think you can get me my passport here somehow in the next two days? I’m trying to get a job,” the college student messaged, in full sentences.

Ecstatic with the “I’m trying to get a job” part of the text, I immediately bolted upstairs, hunted down the passport, opened it up and smiled with love and pride at my youngest college student’s face.

Said college student is only 40 miles away which is nothing compared to the 3,000 mile-away college student or the  1,300 mile-away daughter. Theoretically, I could make a round-trip passport drop in an hour-and-a-half. Add another hour and I’d get to buy him a meal. I’ve driven way farther for way less.

But, at the time of the request, my heart was already palpitating from work-related stress. I was trying desperately to finish a round of writing before deserting one project for another that was taking me to Atlantic City for five days. For the past six months I had been doing the marketing for Be the Best Coaches’ Convention, writing copy for the website, brochures, e-mail blasts, blog posts and ads. I’m fairly good with the written word, but my final task was to take on social media at the convention. I was frozen with fear at the prospect of tweeting at my advanced age, but my boss believed I had it in me to be a Twitter Rock Star. Hence, the palpitations and decision to overnight the passport rather than hand-deliver it. Mistake Number One.

“All our mail gets delivered to the office, so put the office’s apartment number down as well as mine,” the college student directed.

Half-way to the post office, passport in one hand, address in the other, I screeched on the brakes and made an illegal U-turn, forgetting momentarily that I could no longer go to my local post office. (See Going Postal for the full story). I ran into the neighboring town’s post office 30 seconds before it bizarrely closed for a 2 pm lunch break. I stuffed the passport in an envelope, forked over $22.95 and declined the request for a signature upon receipt. Mistake Number Two.

Off I went to Atlantic City where my thumbs tweeted tirelessly toward stardom. Surrounded by close to 2,000 softball and baseball coaches, I was in heaven, having spent years and years and years running that circuit with aforementioned college student, who after earning his spot on a D1 roster, decided not to play after all. My heart hurt a bit as I listened to speakers imparting their sage advice, but put my energies into posting clever quips rather than dwelling on things over which I had no control.

Late on Friday afternoon, I got another text.

I sent it on Tuesday for a Wednesday delivery. Assuming, that in his desperation to get the job for which he needed the passport, he would have let me know if it didn’t come, I hadn’t thought to follow up. Mistake Number Three.

“Don’t worry. We can just cancel it,” the college student clarified.

“No, it’s a huge deal if you lose your passport!” I write in all CAPS.

Exactly what part of Donald Trump do you not get? I wondered.

“Did you check YOUR mailbox?” I asked in a sudden burst of genius.After all, Mistake Number One-A was writing both apartment numbers on the address label in the first place. Maybe they didn’t deliver everything to the office.

“I don’t have a mailbox,” the college student replied.

At this point I left the convention floor and stepped outside into the brisk, sea air. Now, I’m not totally made of mistakes. I actually did two things right. One. Something told me to put the post office tracking number in my phone. And two. Something told me to put the apartment complex office number in my contact list. First, I tracked the envelope which was indeed delivered at noon on Wednesday. Then, I called the office to discuss my dilemma. Because, after all, I was the only one who was the least bit concerned.

“It’s probably in his mailbox,” she told me.

The mailbox he doesn’t have.

After a lengthy conversation I learned that if neither he nor his roommate had the mailbox key, he would have to go to the post office and show some form of ID (like a passport). But, it could be a two-week process before he’d get a new set of keys. I pulled the mom-of-a-boy card and the empathetic office worker came up with an alternate solution. She would flag down the mail carrier on Monday, and ask for the passport.

By this point, I was fairly confident that the passport was indeed in the college student’s mailbox, the same mailbox that six months into the lease, he didn’t know existed. My anxiety had shifted from stolen passport to losing the job, whatever job it was, that he had applied for and for which he so desperately needed the passport.

I wanted to ask why the potential employer needed to see a passport, if perhaps a driver’s license would have served the same purpose and how many uncashed checks, unpaid bills and legal notices were crammed in that elusive mailbox.

But, he’s my third kid. After many, many mistakes, I’ve learned a thing or two. I’ve learned that I’m always doing to track down passports, pay parking tickets and give gentle reminders to my adult children to get their teeth cleaned. I’m always going to roll my eyes. Question my parenting. And complain loudly.

But most importantly, I’ve learned that sometimes the best thing to do is simply keep my heart and wallet open, and my mouth shut.