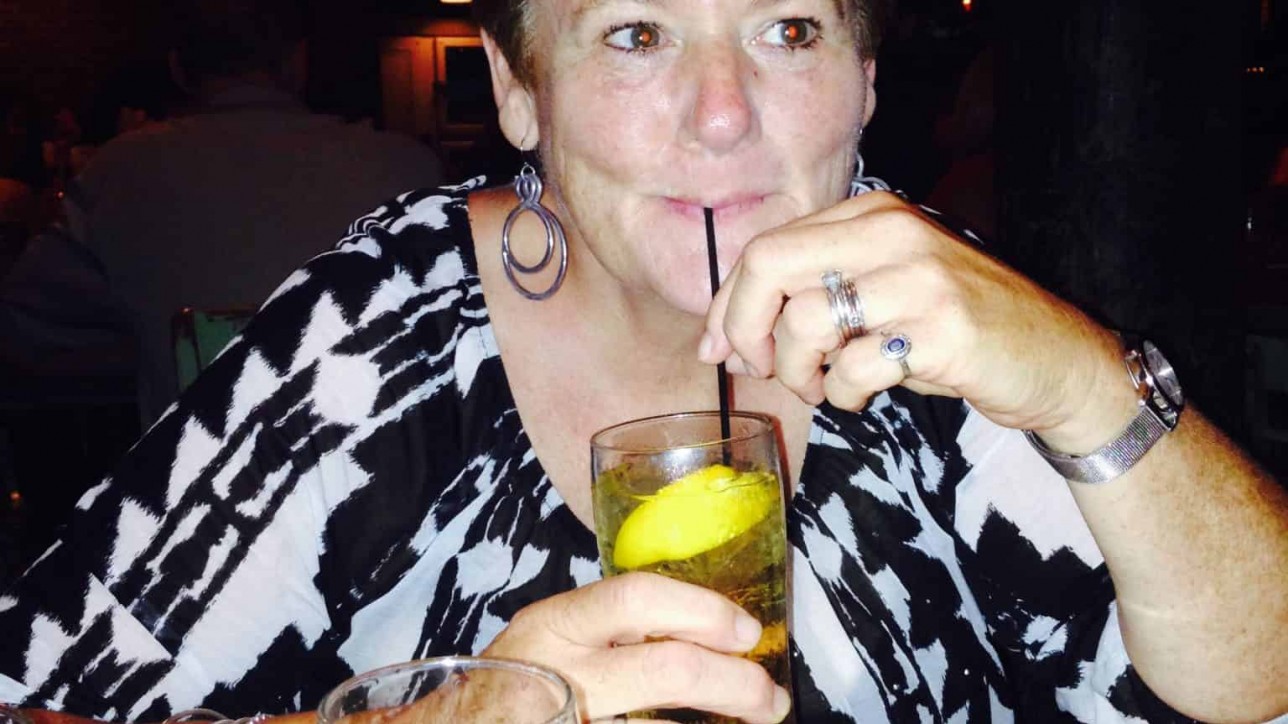 “It’s so nice that your grandma can go apple picking with you!” the very, very young mother said to my kindergartener as his very, very, very old mother stood there, mouth agape.

I was all of 43 years-old. And though technically old enough to be a grandmother, my kids were only five, seven and nine. I was as far from being called Nanny as I was from being carded at a bar. In hindsight, I was really quite young. I was wrinkle-less. I didn’t even dye my hair yet. But that little twit, who had her little twittette at 19 years-old, really had some nerve calling ME a GRANDMA!

Poor little Leo didn’t know what to say; he just kept looking for his grandmother to show up. I laughed it off and made some self-deprecating remark about how very, very old I was and how by the time she reached my age, she’d be a great-grandmother. She reddened, but not by much.

I have a lot of young mother friends. My friend Katrina just turned 40 last summer. My middle son, Max, is best buddies with her boy, Jamal. And though I’m the same age as Katrina’s mother, she never made me feel ancient, nor did I ever feel like she was a babe in the woods. And she certainly never, ever made a remark about me looking like a grandmother.

My friend Jenn is a few years older than Katrina. She also has a son Max’s age. Jenn is so much smarter and more capable than I ever was that I forget just how young she is. And she long ago forgot that I was more than a decade older than she.

She’s right. Having kids evens the playing field. We all go through the same ordeals at the same time. The same story hours at the local library, the same swim lessons at the YMCA, the same quests for the best teachers, the same redundant Martin Luther King, Jr. ceremonies, the same getting-cut-from-the-team tragedies, the same popularity contests, the same college rejection letters, the same beer bottles found stashed in the bushes.

Sure, I wouldn’t mind being ten years younger. But, then I think of all I would have missed had I birthed my babies a decade earlier. I wouldn’t have toasted the New Year with vodka shots in Moscow, nor would I have sung Feelings karaoke-style at a restaurant in Manila while a pig, snout and all, spun over an open fire. I wouldn’t have spent nine years cutting and pasting at TV Guide magazine, nor would I have enjoyed the front yard barbeques all those summers in Brigantine. I wouldn’t have eaten unidentifiable office supplies masked as delicacies in Hong Kong or munched on fresh baquettes and chunks of cheese on a beautiful bicycle day in France. I wouldn’t have been able to spend three nights a week, sometimes four, at the Fireside Inn, and I certainly wouldn’t have made all those road trips from Florida to Maine and everywhere in between.

I wouldn’t have been able to have so much fun at so many weddings and I wouldn’t have been staying with 16 year-old Cricket Brosius when her parents were vacationing in Europe. And if I hadn’t been staying with Cricket Brosius and her perky little Pekingese pups, she never would have said, “Don’t come home until you kiss him.” And had I come home before I kissed him, I may never have snagged my future spouse.

But I did. And after a long, fun-filled romance, we got married. When, at the tender age of 34, I put forth my first child, I was ready, willing and able. I had no regrets. No wish I had’s. No wish I could’s. I had done it all. It was high time to be a mother.

Twenty-four years later, I’ve found myself a spin class that is filled with young mothers. They drop their kids at school or daycare, come to the gym, hop on their bikes and talk about fundraisers and breast milk and animated movies and going away for the first time without their kids.

The other day a new girl saddled up next to me. Being a veteran spinner now, I helped adjust her bike and gave her an encouraging thumbs up before we started.

“You did it!” I exclaimed at the end of the hour-long sweat-a-thon.

“You were my inspiration,” she said. “I kept looking over at you and figured if someone your age could do it, so could I.”

My first thought, serious as a heart attack, was “Are you kidding me? You’re not that much younger than I am!”

I can probably get the bags removed from my cheeks. I can have the flabby flesh removed from my abdomen. Maybe even the chicken skin from under my arm. I can keep dying my hair and start wearing heels.  I can put make-up on the age spots that are beginning to appear and keep plucking out those stray eyebrow hairs. And chin hairs. I can whiten my teeth and get cortisone shots in my knees so I don’t creak and groan with every move. I can keep up with pop culture and avoid saying things like, “I graduated college before you were born,” and “I got my first cell phone when I turned 45.”

Or, I can simply chuckle every time someone calls me old. Because I know that beneath my sagging facade is a spirit that can go toe-to-toe with anyone out there. I worked hard for every wrinkle, every gray hair and every ache in my body. I had an absolute ball cementing all those laugh lines into permanent position.

And I promise, if and when I do become a grandma, I’m going to wear that title loud, proud and a little outlandishly.