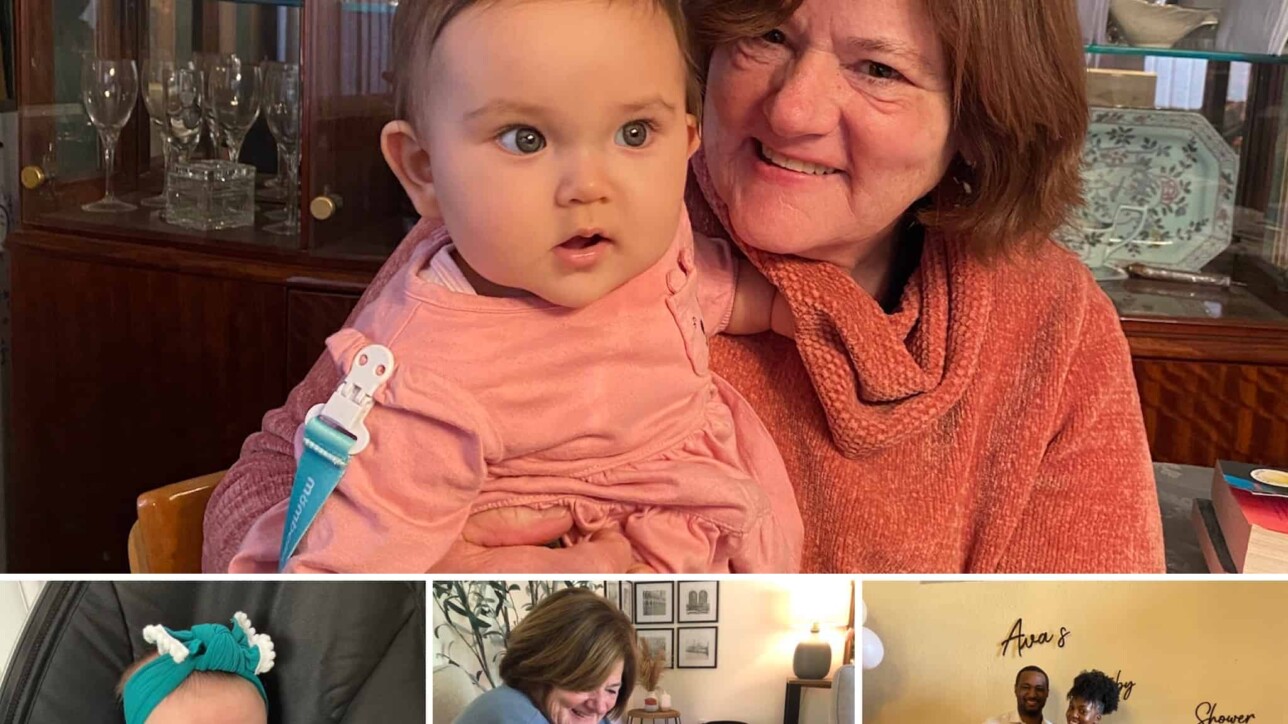 “You mean I didn’t HAVE to breastfeed?” a new mother, whose name I won’t reveal for fear of anti-suckling shaming, exclaimed when I admitted that not one of my offspring’s lips had ever grazed my bare bosom. Apparently she thinks my kids turned out just fine despite the cruel and unusual Similac punishment I imposed upon them.

My ever-loving spouse begged me to at least give breastfeeding a go, but my deep-seated body image issues, not to mention a strong dependency aversion (both fully disclosed before marriage) prevailed. He hoped to wear me down by colluding with the maternity nurse, asking her to voice the virtues of a mother’s milk, but sorry dude, it didn’t work.

At my daughter’s first doctor’s visit, I asked the pediatrician if it was indeed necessary to sterilize her bottles and / or warm the formula inside.

He didn’t say I shouldn’t boil the bottles but when pressed, admitted that as soon as I touched them they were no longer sterile. Unless, of course, I was going to go full-out with protective gear and instruments – but we both knew that wasn’t going to happen.

“There’s no medical reason to warm a bottle,” he said. “But think of it this way. Which would you find more comforting at 2 am – drinking something nice and warm or something ice cold?”

As this was just the beginning of our relationship, he was not yet aware of my abhorrence of hot drinks. Or warm drinks. Or any drink served without an extra cup of ice on the side. So he was a bit taken aback with my resounding response of “COLD!”

He gulped (the first of many gulps in the course of our tenure together) and said to just be consistent with whatever I did. And so for every one of those three babies, I kept pre-mixed bottles of formula on ice, in a cooler, next to their cribs for their middle-of-the-night comfort. Oddly enough, though they all grew up to be healthy human beings, all three of them drink hot coffee. Something that has never, ever crossed my lips.

It’s been 30 years since my first and favorite daughter entered the world. Twelve years since she left for college. Fourteen days since she last returned to do her laundry. Time and tumult has passed. Yet I still can’t wrap my head around the fact that kids her age and younger are having kids of their own.

These are the kids who grew up with my own, waltzing in and out of our house with their Barbies and baseballs and (much later) bottles of Hennessey. I cheered with these cheerleaders, trick-or-treated with these witches and warriors, watched them win and lose countless basketball and baseball and football and softball and soccer games, packed them in the old minivan for adventures near and far, filled their bellies with gourmet-as-it-got chicken roll-ups and tacos, harked their herald angelic voices in church services and Christmas pageants and bonded with them over Duke losses as forever friends on Franklin Street.

These are the kids who signed my daughter’s closet door with deep thoughts and dark sharpies. The kids who I found curled on couches in our basement on Sunday mornings. The kids who camped together on Woolley weekends. The kids I carted around and catered to for half of their lives. The kids to whom I offered unfiltered insights and light-hearted band-aids, assuring their tortured souls that one day they’d look back and laugh. Or at the very least, not cry.

But cry we did – through funerals and failures, graduations and weddings. And just when we thought we were all emoted out, these kids went and started having kids of their own. Nothing, not even that missed free shot at the championship game, has tugged harder at my heart strings than watching them grow into parents themselves.

Recently, the world has welcomed Leo and Theo. Hannah and Savannah. Demi and Dominic. AJ and Aspen. Ziggy and Zoey. Lila and Lia. Emma and Ellie. River and Win. Maeve and Maxwell. And Tommy the Third.

Maeve’s baby brother is brewing, Kendall is still kicking from the inside out and Ava is bouncing around in her mama’s belly, anxiously awaiting life on the outside as an honorary Voreacos. And just today I found out one of my all-time favorites has a sonogram not yet shared on social media.

I rejoice with every announced pregnancy, every gender reveal, every long labor of every one of these kids I’ve known and loved. But are they really old enough, strong enough, savvy enough to be parents themselves?

The answer, of course, is yes they are. Just as we were. But we wise old owls just have to hold our tongues, knowing that any opinions we choose to impart will be met with rolled eyes and blank stares.

Just like way-back-when in a crowded grocery store line, I picked up my shrieking – and I mean full-out, flipping-out shrieking – infant, and a random woman waggled her finger at me crooning, “I see a spoiled baby.”

Just as on a separate but equal occasion, when my own mother who was oh so good about not voicing her thoughts, delicately suggested that my beet-red-from-crying baby was simply tired and that perhaps I should just put her in the crib and let her sleep.

Or when their grandfather gently suggested how to break the 16-month old’s pacifier addiction – just mail it to me and tell him I’ll hold onto it for him. Or when my sister, who was watching our kids for the weekend, crumpled and tossed my three-page instruction manual when I walked out the door. I remember all too well those who denounced me for letting my kids watch television. For not letting them quit the team until wrestling season was over. For making them go to church. For strolling them through town in both 25 and 95 degree weather. For never having a monitor, let alone a video camera. For impeding their development with an in-home babysitter. For causing them trauma when they switched to out-of-home daycare. For introducing them to chicken nuggets and fries. For training them to nap every day at 1 pm so I could watch All My Children on TV, rather than watching all MY children. For not panicking when they fell. For calling Claire when they bled. For working too much. For working too little. For pushing too hard or not hard enough.

They were all right. Every single one of them.

And now, with bittersweet humility, it’s time to hand over the reins.

It’s their turn to figure out proper pronouns and perfect preschools. To balance careers and childrearing. To choose between motorized bassinets and family beds. To puree the peaches, pre-chew the carrots, de-glutenize, veganize, or cancel the word treat. To find the fine line between over-parenting and under-caring. To decide between home school, private school, charter school, Catholic school, magnet school, trade school, public school or anything in between. To go with cloth or disposable, to buy the Volvo or the minivan, to promote or prohibit piercings, tattoos, TikTokking or yet to be popularized forms of expression.

And now is our time to watch with the wisdom that only hindsight and heartbreak can endorse. We will love these new parents, support them, laugh with them and cry with them. We will watch with full hearts and open minds and closed mouths as they navigate the rocky road ahead. We’ll slip up, we always do. And when we offer that ridiculously old-fashioned and completely unsolicited advice from which they recoil, we will simply smile, knowing there’s one true thing amidst all the doubt.

Despite all that we did wrong, it’s abundantly clear that we also did a whole lot right.