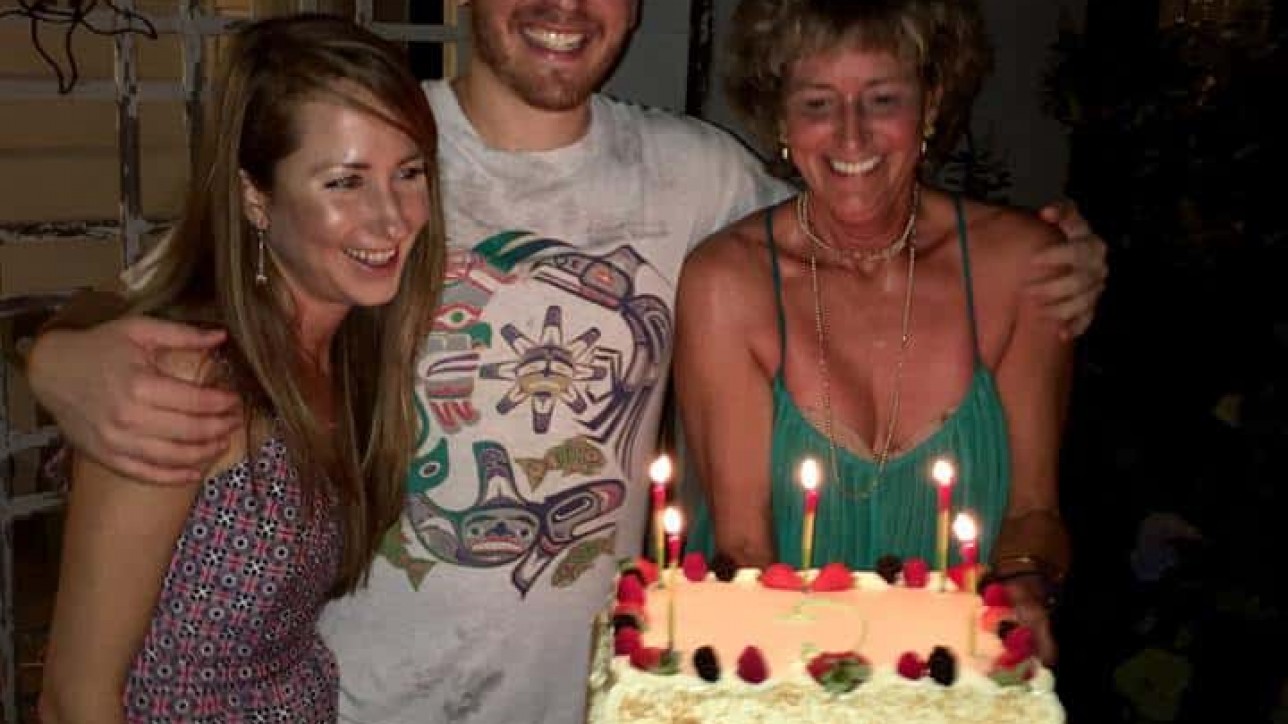 “Can you believe you’re almost SIXTY?” I said to my sister Emily at Gretchen’s birthday party last Saturday night.

Wednesday was Gretchen’s 60th birthday. Emily is right behind her.

When I was young and foolish, I never thought I’d make it to 60. Nor did I particularly want to.

After all, who would actually choose to live a life in which you have to worry about underarms jiggling, eyelids sagging, cheek bones bagging and arthritic knees screaming?  Who wants to camouflage cellulite with Bermuda shorts and mask stomach rolls beneath loose-fitting tunic tops? Who wants to resign themselves to thick-soled shoes, gel bunion protectors and lumbar support pillows? And really, who wants to keep a pair of tweezers in the car for the sole purpose of plucking the not-so-occasional stray chin hair at a stop light?

Because that’s precisely what 60 is.

The problem is, despite my fading looks, aching joints and flabbing physique, there’s a major disconnect. I act like I’m half my age.

Gretchen lives in the neighborhood where I grew up. She moved in long after I moved out, but friends who never left our childhood enclave became great buddies with her and by association, so did I.

I was surprised when I learned that her Another Year Younger invitation was actually in celebration of her leap into the next decade. Gretchen is way too young to be 60.

As is my sister Emily.

And me, for that matter. But remember, I’ve still got a ways to go.

“Is your mom going to this party?” a friend asked when I mentioned I was going to my old neighborhood for a party.

“You mean the party’s for someone’s grandchildren?”

I looked at her quizzically.

I guess it’s kind of odd to refer to yourself as a kid when your own kids are old enough to have kids of their own.

And it’s probably not the greatest idea to identify as a kid when you’re so clearly not one.

I started off the evening identifying as what I really am. An aging mother. I didn’t try to befriend Gretchen’s personable son, Quade, for myself. Rather, I asked if he would be interested in marrying my daughter, whom he had never met. He politely declined and I soon learned the reason why. There by the makeshift bar was his girlfriend Maddy, charming the guests with her quick smile and helpful hands.

“OMG!” I shrieked. “We have the same bracelets!”

Now, I’m the first to admit, I home in on the trends of the young and lovely. I think it’s perfectly appropriate to choose an iPhone case simply because a pretty 18 year-old bought the same one. I strut around wearing whatever shade of blue or green or purple or black toe nail polish the 20-something next to me in the pedicure chair picked. And I’ll nonchalantly paw through racks at Urban Outfitters, purchasing the sole XL sweater in the store just to say I shopped there.

But, my bracelets are not trendy. I wear silver bangle bracelets that annoy the bejesus out of my daughter but all hold special meaning in my heart. Maddy and I had not only the same Cape Cod bracelet, but the same Caribbean Hook Bracelet.

Close, but no St. Croix.

We talked for a couple more minutes, me droning on about how I had lost my first Cape Cod bracelet that I never took off until I did and when I did I lost it and how I replaced it just last week when I was in Maine and…

“You really think she cares?” Emily asked rhetorically, as I told her of my coincidental connection.

My sister understands my somewhat inappropriate desire to be accepted by millennials. And so, as sisters do, she mercilessly mocks me when I’ve gone too far. But, she’s got a bit of it in her as well.  One of the highlights of our adult lives was when Jenna Lloyd and Taylor Hiester both friended both of us after the Thanksgiving Eve party at the Schaeffer’s house last year.We literally squealed with delight.

Admittedly, I carry things a bit further than she does in my quest to be one of the kids. I actually try to keep up with social media and spend hours thinking up witty comments to post. By the time I do, their relevance has long passed.  I desperately try to talk the talk and have even been known to google expressions that confound me. And then I’ll start using them ad nauseum.

“Fire!” I’ll say, describing something we once called neat.

Or I’ll use both in the same sentence. “Fire! That’s uber lit.”

And the result is, I’m always just a little bit off in my modern vernacular.

“Wow, Anita, you’ve gotten so hip!” I exclaimed as Carl and Rosemary’s 20 year-old blond-haired beauty arrived on the scene, sporting an adorable frock and hawking a tray of gummy worm shots.

“Hip?” she said, her head tilting a bit to the side.

She smiled, because she is kind, and we moved on to the next hip topic.

When that fell flat, my sister Emily graciously grabbed my arm and steered me toward Johnny and Richard Schaeffer. They are my kids’ ages and have known us since they were born and I don’t have to try to win them over. But when the conversation started turning south, as it inevitably will after a couple of gummy worm shots, Emily once again saved me from myself. She whisked me away to join our friend Mary Anne on the patio where she was tapping a toe as a live band played.

And ya know, they were no spring chickens either.

I’m not a dancer, but I danced.

I didn’t embarrass myself by doing the Electric Slide or the Bump; I just embarrassed my sister by bobbing my head and shuffling my feet to a beat that only my tone deaf ears could hear.

We grabbed the good Doctor Dietrich from the clutches of his unclutchy wife Diane. We yanked Carl Kruse to the floor, shimmied with the birthday girl and sang into our fists with Dena Baker. We bopped about with Nancy and John Schaeffer and mopped our sweaty brows with crumpled up cocktail napkins.

We filled our wine glasses and filled them again. We barreled up the stairs to the bathroom en masse. We raided the buffet table long after dinner was served, scarfing down slices of flank steak right from the platter.

When the birthday cake came out and Gretchen stood between Alex and Quade who, even after spending the day fraternizing with the old folk, still looked upon their mother so adoringly, I finally came to a realization that most people my age had reached decades ago.

It’s really OK to get old.

We don’t have to document our lives on Snapchat. We don’t need to download Soundcloud or Tumblr. And though it sure sounds fun, we don’t have to play Pokemon Go.

We can just keep on keeping on and having fun the old-fashioned way. Because fun is something that transcends all ages.

And as long as we never start acting our age, we’ll all get along just fine. 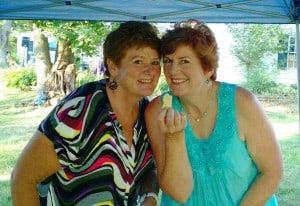 Happy Birthday to Gretchen and Emily and all the other sexagenarians out there.

All I can say is I just hope when I finally get there, that I’m still as much fun as you are.