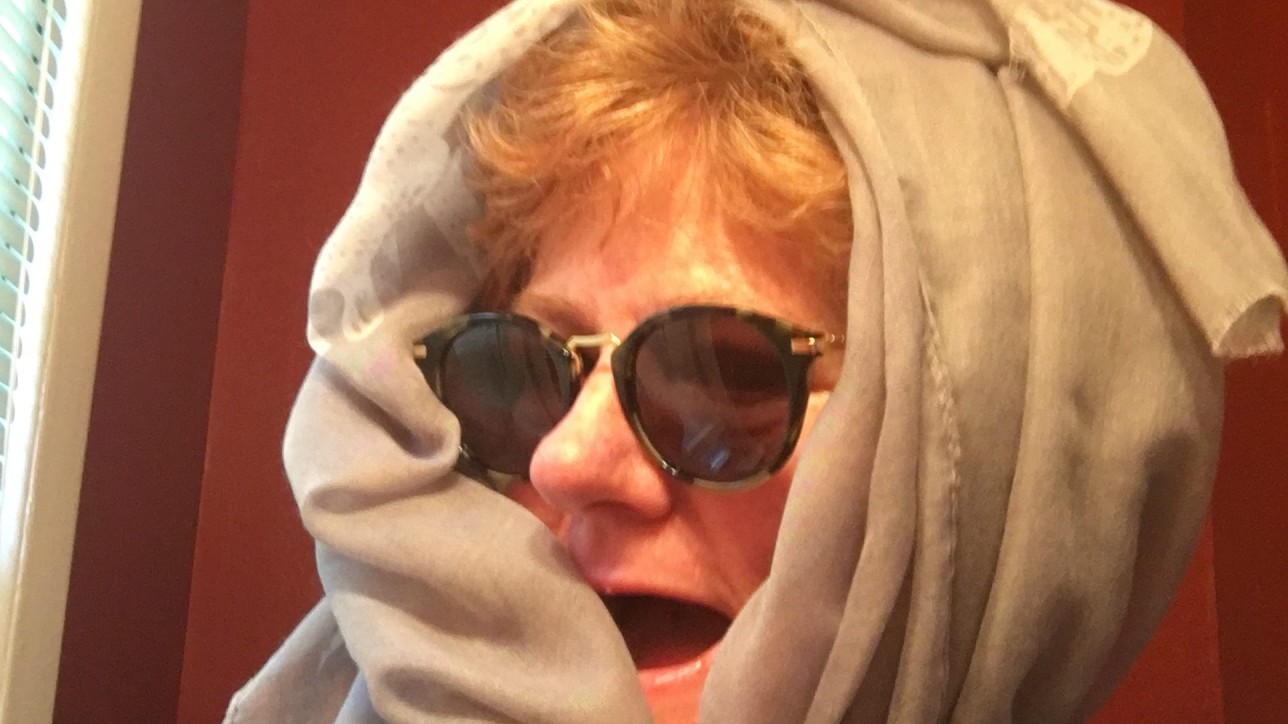 “Oh, so you consider yourself middle-aged?” my EVER-LOVING spouse said the other day in response to a comment I had made. Probably something on the lines of, “I wonder what these kids think of some random middle-aged woman asking them if they smoke weed every day or just before they go to work?”

Negative words never spew from my spouse’s mouth, unless they have to do with someone overly-editing one of his news stories or someone accidentally-on-purpose forgetting to mow the lawn. So, naturally, I thought he meant that I hadn’t yet reached middle age.

But then, I did the math.

If middle age is considered midway through life, then I’m not just dangling over the other side, I’m just an inch or two from clunking to the ground. Though we’ve made great strides, even in 2020, life expectancy, even for women, still has not reached 120 years.

Around the same time, I ran across something in the Post. Not that Post. The New York Post. The one I read religiously, alternating between laughing out loud and shaking my head incredulously. It was a little blip of an article that read, “An elderly woman suffered a fractured skull and is now in a coma thanks to a red-light-running cyclist who slammed into her in Midtown. ….” Just my kind of story. I read on to learn that the elderly woman was 67 years old.

I was so appalled, and trust me, having raised three kids, not much appalls me, that I sent a tweet to the reporter, and then, in search of affirmation for that which appalled me, googled “what age is considered elderly?” Go, ahead, do it. If you’re over 30, you too, will be appalled.

Intellectually, I’ve come to terms with my age. It is what it is. Physically, I know that if I were so inclined, there’s Botox and bootie boosts and crepey skin solutions. But, emotionally, I have a hard time reconciling that I am past my prime.

And so, I do everything in my power to stay relevant. Stay active. Stay interesting. And because I am so self-aware, oft times I acknowledge that my efforts are laughable. I chide my friend, Laura, for having never heard of Lil Nas X, and staying stuck in the past with her steadfast love of Rush and Styx and Metallica. Meanwhile, I’m listening to all the pop stations, singing along with Taylor Swift and Halsey. I watch the Grammy’s on the edge of my seat, rooting for Lizzo as if she’s my BFF, and Billie Eilsih as though she’s my daughter. Or granddaughter.

And, yes, because I still am cognitively aware, I do realize that if I were really cutting-edge, I wouldn’t be listening to Z100.

I keep up with current films and think Parasite was genius and 1917 boring, but of course, Jo in Little Women is, and always has been, my hero. And while Oscar night at the Hynes-Zulakis’ house is the highlight of my birth month, I’m culturally cool enough to know there’s all kinds of indie filmmakers that would rather die than dabble with the dullards in the Dolby Theater.

I’ve binge-watched Fleabag and Dead to Me and Succession and Shameless, but realize the façade I’m flaunting when I admit to loving The Kominsky Method and my aversion to Game of Thrones.

I dye my hair, paint my nails (and then pick off the gel polish), get my eyebrows waxed and weaved and dyed and shaped. I go to yoga, prefer Normal People to Where the Crawdads Sing, and have thrown away my Garmin GPS.

I shop at Anthropologie, have multiple pairs of Allbirds, and sport an Apple watch. No one is going to accuse me of wearing mom jeans. But then again, I do wear Spanx every day of my life.

This month was my annual stint working at Be the Best Coaches’ Convention. Throughout the year, I write for Rivals Creative, an agency owned by my half-my-age friend, Diego, doing behind-the-scenes marketing for Be the Best. When the convention rolls around, it is always my most fun freelance job of the year. I sit at the head table with my friend, Kathy, checking in attendees, asking who they are, where they’re from, and if they would like to marry my daughter. Or son. I spend time in the hospitality suite drinking with rich and famous baseball and softball coaches, and hobnob with the hotel help and convention vendors.

This notion was nagging at the back of my mind as I drank and joked and carried on, thinking that these people must all be looking at me, shaking their heads, a sentence away from recommending the Floridian community where their grandparents have been sequestered.

And then, along came @ThatGuy_Kai. Kai Correa spoke at Be the Best a couple years ago when he had just been hired as an infield coach in the minor leagues. Kai is fun and friendly and full of baseball knowledge. He made a huge impression on hundreds of people at the convention that year, including me.

Fast forward two years. Kai now has a beautiful bride and an even more beautiful bouncing baby girl. He is 31 years old and just got a job with the San Francisco Giants. As in the major leagues. As in the youngest bench coach in the MLB.

So, Kai’s got a lot on his plate. He’s met a lot of people in the past two years. Many of whom have made a tangible difference in the trajectory of his life. I, on the other hand, am just some lady at one of the many conventions he attends who might offer him a bottle of water or introduce him to the AV team.

“Hey, Kai! I’m Betsy,” I chirped as he walked through the door last weekend.

Oh, how sweet, I thought. Something I would do; pretend to remember the lady at the door. Kai had a bit of time before he was going on stage, so he pulled up a chair and we spent ten minutes bantering back and forth about his job, his kid, his life. And mine.

“So, how’s your daughter doing?” he asked. “I know she was living somewhere far away.”

I told him that she has since moved back east from New Orleans and that no, I still hadn’t found her a husband.

“And your son, the one who played ball?”

“How do you remember this stuff?” I asked, jaw dropping.

That’s all took for me to realize that it really doesn’t matter if you wear Lululemon or LLBean. Whether you have wrinkles or pimples. Whether you drink Jack Daniels or kale juice. Whether you post on Facebook or TikTok. Whether your eyes are crowned with crow’s feet or eyelash extensions. Whether you’re young, old, or somewhere in between.

It can hit you when you least expect it. When that question mark in your mind turns into a smile on your face. And, you say to yourself, hey, maybe I AM still relevant.

A normal person wouldn’t have thought twice about the conversation. But, when you’re caught in that place where you’re too young to quit but too old to play, sometimes all it takes is someone half your age to make you feel like maybe you haven’t aged out just yet.

The funny thing about this thing called life is that it’s such a mental game. We spend so much time worrying about the things that don’t matter, like age and looks and weight and wealth, when the truth is, no one comes anywhere close to where we are in our own heads.

We’re all just looking for the win, whatever that win may be. For many, it’s fame and fortune. To others, it’s love and affirmation. To some, it’s just getting through the day without screwing up.

So, we gotta just keep on playing with what we’ve got. Doing the best we can. Swinging at the off-speed pitches, going for the double plays, hitting the sacrifice flies, pumping up the bench.

Because, you just never know when the play you make will change the outcome of the game.