Earning a Degree in Friendship 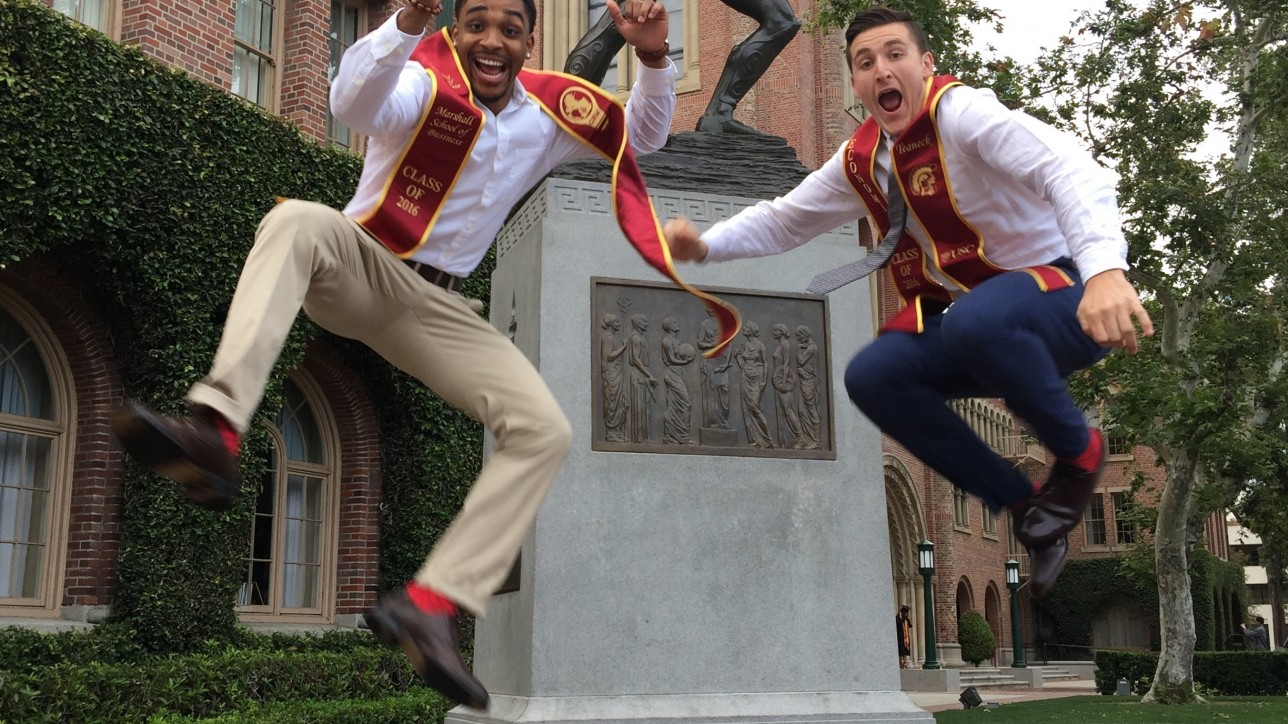 “Chris and Kris are coming to my graduation,” Max said in a rare phone call a week before we were leaving for California. “Oh, and so are Siddiq and Jamal.”

Though I didn’t grunt a single ugh or uh-oh, I have to be honest. My initial reaction included flashing dollar signs and a little sadness over lost family bonding time. But then I slapped my forehead with an, Uh, duh. What do you expect? He’s his mother’s son, after all. Of course he wants his best friends by his side when he is launched into real life.

It all started on a Teaneck soccer field when the first two met at six years-old. One-by-one, the others joined in, until they became an inseparable force of five. Some of them played football, they all played baseball and basketball and some of them ran track. They each found their sports niche and even when they were no longer teammates, they remained devoted friends throughout their high school years. 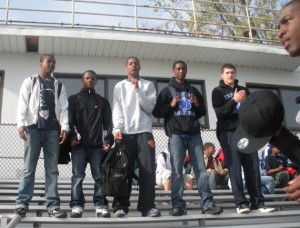 They called themselves the Fab Five. We, as parents breathed a sigh of relief that they had found each other – and weren’t hanging with the wrong crowd. Peers envied their closeness. Teachers and coaches honored their friendship. And girlfriends waited in wonder for the day they’d rank higher than one of the guys. 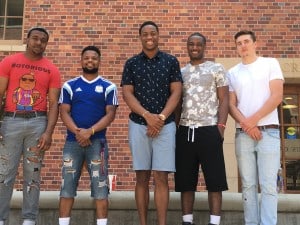 When the Fab Five went off to college in different parts of the country, we all wondered if they’d lose their connection. But they continued to group chat just about every day of their lives, sharing their secrets, their joys, their hopes and their fears, just as they always had. 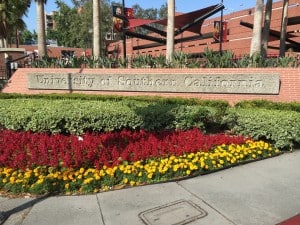 “You super psyched?” a bubbly blond-haired woman asked when I got in the hotel elevator early Friday morning as we headed for the University of Southern California graduation ceremony.

“Oh, stop!” she giggled, thinking I was kidding.

My spouse had left for campus at the crack of dawn as was suggested on the handy dandy USC Graduation App. Since guests were allowed to save up to two seats, I figured that was my invitation to sleep in and show up at game time. Which I did. Me and the proud Valley Girl Mama. 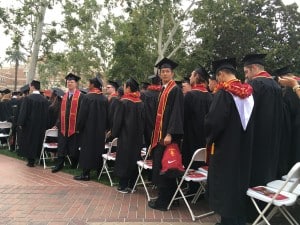 The minute I saw the sea of students dressed in black gowns adorned with cardinal and gold sashes, I must admit, I  did feel a pang of pride. The ceremony was held right in the center of campus with thousands and thousands of white chairs set up facing the stage, huge Jumbotron screens strategically placed so we wouldn’t miss any of the speakers’ words of wisdom, or their facial expressions, for that matter.

It was lovely not being herded into a stadium for graduation. How nice it was not to have bag restrictions or water bottle denials or dogs sniffing around for bombs or weed or whatever it is they sniff around for. How beautiful the setting was in the perfect California weather, with the red and gold flowers decorating the campus, with thousands of graduates so close you could smell last night’s beer on their breath.

As I took my seat next to my spouse beneath the big clock in the center of the crowd, they began announcing the various schools. I got another pang when I looked up and caught the eye of my very own son as he processed into the square.

“Well, at least he didn’t sleep through it,” I snickered.

USC is filled with some of the brightest, most ambitious, creative and innovative (not to mention, richest) students in the world. They come from 128 different nations and the school prides itself on the diversity of its student body. To be sitting right smack in the midst of these brilliant kids who managed to have the time of their lives and still survive such an incredibly competitive four years certainly gave me pause.

But my throat had yet to constrict.

I surprised myself as I hung on every one of Larry Ellison’s words as he delivered a rags to riches, college drop-out to billionaire commencement speech. And, no I didn’t cry when they announced the oldest ever graduate, a 96 year-old man who had finally finished his degree. And I didn’t even blink back a tear when dozens of white doves were released into the bright blue California sky.

I was much too hardened for that.

Max has another class (or two) to finish up this summer, so when he left us at the airport , his ever-academic father said ruefully, “Work hard. Make sure you do well in that Econ course.”

And I said, “Max, make sure you go visit Evan in Detroit this summer.” 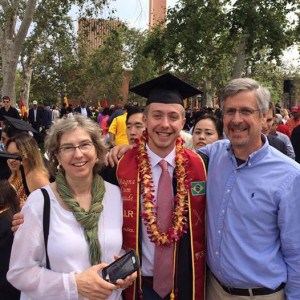 As I sat cramped in the over-priced airline seat for our red-eye flight home, I started swiping through the pictures I had taken and thinking about the fun four days we had spent in California with Max and his buddies.

USC’s school motto is Fight On! It’s screamed at sporting events, waved on flags throughout campus and worn on T-shirts up and down the coast. It never made much of an impact on me until I heard it for the last time.

“Fight On!” the Dean said as he set the students free. “But fight on for something that matters.”

I thought about that for a minute wondering what Max will do with his life. He may not develop the next great Uber App or come up with a cure for cancer. He may not ever save a life or solve the national debt. He may not be rich or famous or write the Great American Novel.

But he’ll fight on, I know he will.

It honored his friends by listing his hometown of Teaneck.

And it honored his family with a Thank You Mom and Pops.

That’s when my mascara finally started to smear.

Max will be just fine when he gets out into this big old wonderful world. He will work hard. He will be a success. He will be well-loved.

Because he will always fight on for what matters. 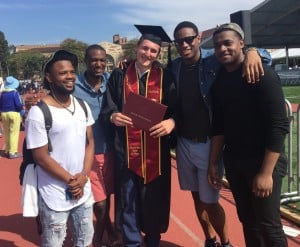 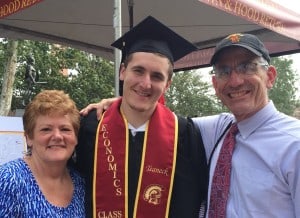