Every Picture Tells a Story, Don’t it? 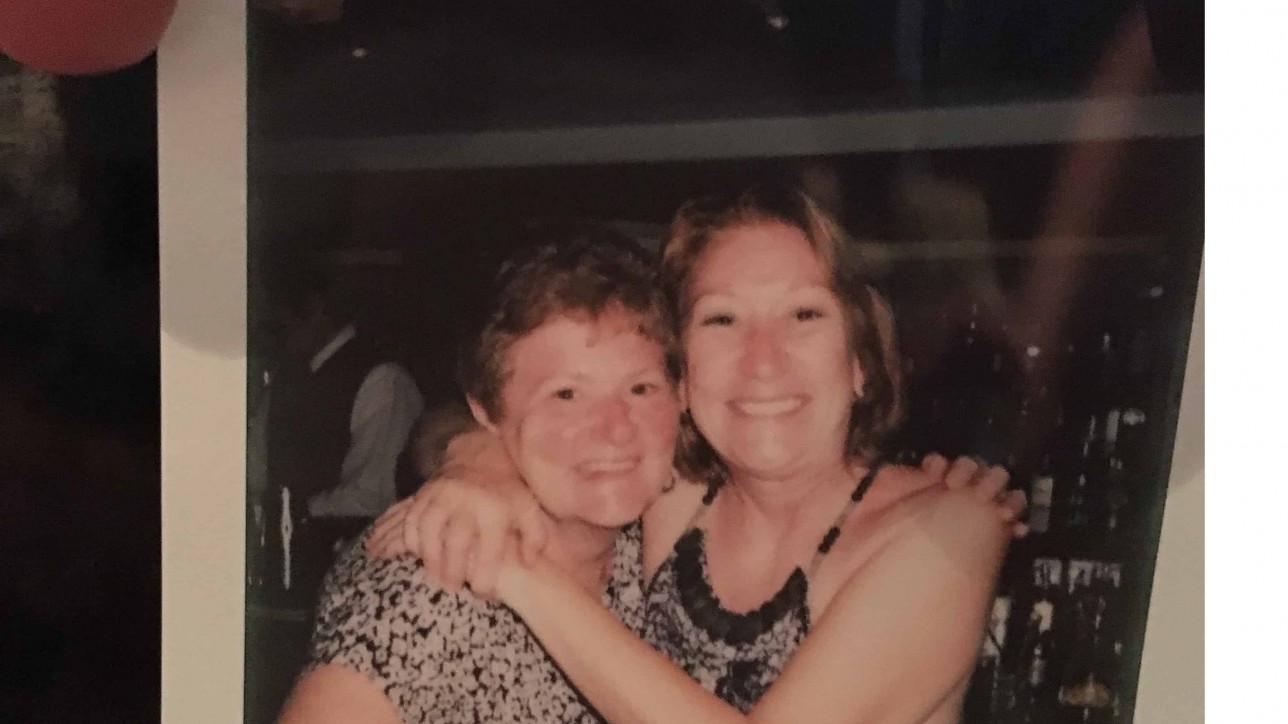 “Welcome back! Did you have big fun?” was the text that greeted me from my ever-understanding spouse after seven phoneless days on the high seas.

“Sadly, we topped last year’s fun so there will be another repeat performance,” I answered.

“Many. I have lots of stories to tell.”

I’ve been going on cruises for the past five or six years with my high school friend Patty (who since retiring from her respectable position as a middle school principal no longer needs to be referred to by her alias, Penny, nor does she have to shy from the camera while sipping Lemon Drop Martinis).

We went on a couple of action-packed cruise adventures in our early twenties, then took a hiatus to pursue husbands and careers. Because her husband no longer exists and my spouse would rather not exist than spend a week overindulging in a contrived and confined environment, Patty and I, who mock moderation, became perpetual travel companions. (Check out our past adventures here and here). 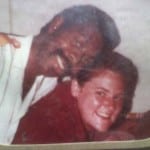 I stayed at Patty’s house in south Florida for 24 hours after disembarking the Norwegian Escape last Saturday to reintegrate and detox before returning home to the many pressures of my empty nest. We sat on her lanai, she under an umbrella, me sunscreen-less, sweating my way to the perfect pink post-vacation hue.

“Cruises are such guess-you-had-to-be-there vacations. I mean, how do we even begin to do our stories justice?” I chortled while flipping through my photo-filled phone.

“Every picture tells a story, don’t it, don’t it?” Patty belted out the lyrics to a familiar Rod Stewart song.

Patty brought a pink Polaroid camera aboard that served us well at Happy Hour. She’d snap a picture, print it out and give it to the victims to sign so we’d have documentation of their names. I’d then take a photo of the photo with my phone for our own personal portfolio and the Polaroid picture was gifted to our new friends.

It worked. Dozens of photos later, we had dozens of new friends.

So, how do you tell the story of a week on a cruise ship?

Patty and I have done a lot of fun things on our cruises throughout the years. We zip-lined through the jungles of Jamaica, bobsledded our way down a mountain, snorkeled off a precarious skiff in Cozumel, got soaked on a catamaran in St. Thomas and bobbed around in the Bermuda Triangle. We rented bicycles in the wilds of the Cayman Islands, set loose in the blazing summer sun with a single water bottle, no map and a “see ya later!”  We counted the toes on the cats that slithered about the Hemingway House in Key West and survived the Straw Market in Nassau. We walked up and down the hills of St. John, New Brunswick and cavorted through the coves of Tortola on an inflatable boat.

We bellied up to a beach bar and consumed ice-cold Painkillers with freshly grated nutmeg. We had cocktails with the captain and drank tequila shots at a Glow Party at the back of the ship at midnight with kids a third  of our age. We gambled and lost. We gambled and won. We pretended Patty was the wife of a famous rock star and the more we won at craps, the more the crowd believed us. We tried to hit all 22 bars onboard, making it only halfway around before we ended back at our home in The Haven. We baked in the sun. We hid from the Hairy Chest contest. We discovered there’s a leader-board  for the most craft beers drunk in a week. We dressed and defiled the towel animals left by our room steward. We over-tipped, we under-tipped. We over-ate and over-drank. We saw good shows and bad shows and skipped mediocre shows, accidentally on purpose. We laughed. A lot. 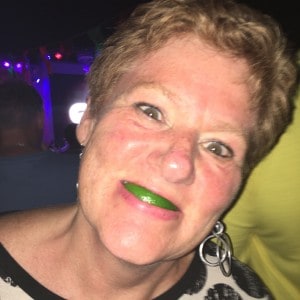 But as much fun as we had with our sordid activities, we learned early on that it’s the people, not the places, that make a cruise.

It was Cowboy, the bartender who recognized us from another ship. 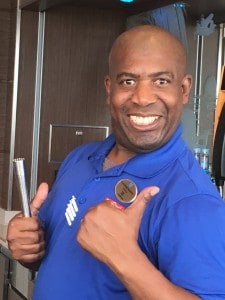 It was the shop owner in St. Thomas who remembered me as the girl from Teaneck, New Jersey who bought the earrings made out of credit cards on a previous cruise. It was Marc, the bartender in The Haven, who concocted customized drinks, naming one the Betsy Face Punch. 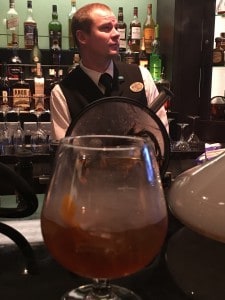 It was Diane and Derek with their bright and respectful children. The lovely Katherine, a George Washington University student who conversed with us as if she actually cared what we had to say. And her brother Barrett, a soon-to-be freshman at Florida State, who was as handsome as he was personable.

It was Larry and Cindy who drank good bourbon, lived the good life, and never, not once, felt the need to bore us with pictures of their grandchildren. 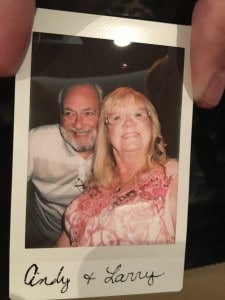 It was Debbie and Jen and Nicole and Haley who my sister, the owner of Travel Finesse, booked on the same exact cruise as us. She left the sleuthing up to us, challenging us to figure out who they were on our own. She didn’t want to pre-introduce us in case we didn’t like each other.  We found each other on the second day and, of course, there was nothing not to like. 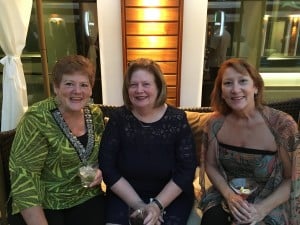 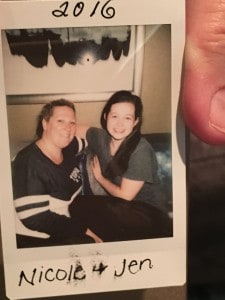 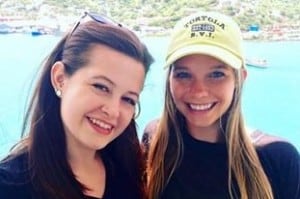 It was Michael and Heather, the history professor who hid beneath her hat by day, who graduated from Pepperdine, the lovely college in Malibu where I had visited with my son and spouse just the week before. 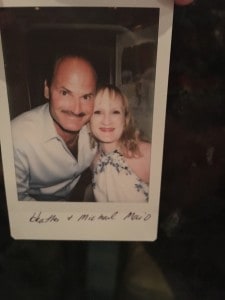 It was the writer, Harmony, which may or may not have been a nom de plume, who gave me freelance tips, traveling with John who she had only known for the shortest of whiles. 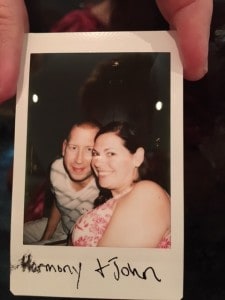 It was former Syracuse football star Marty and his fear-of-flying wife, Sandee, our next-door neighbors who kindly pretended they didn’t hear any of our balcony banter. 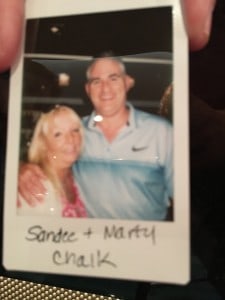 It was Joann and Victor, whose warm and welcoming Staten Island smiles paved the way to a week of shared life stories over fancy cocktails served straight up with a twist of humor. 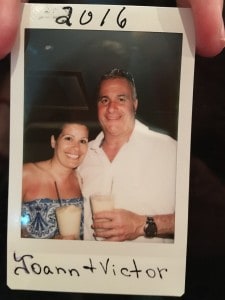 It was Scott from San Antonio who has already sent us the dates of the next two cruises he’s booked. 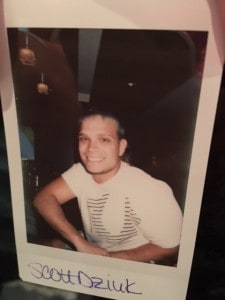 It was cute James and his even cuter wife, Karen, with their adorable Alabamian drawls. It was Laurie and Karen, fashionable girlfriends like ourselves traveling in tandem from Rochester. It was Jill and Jeff, a mismatched couple who trusted my jaded opinion on whether to bring another child into the world. (I said do it!) 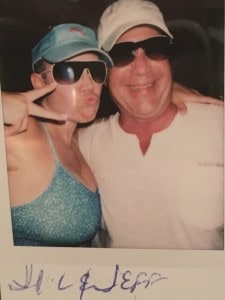 It was the Ciociola’s who traveled as a family so impressively independently. They all had dinner as a unit every night but you’d be hard pressed to see the family together at any other time. Bob, a constant party waiting to happen, turned 75 mid-week; his bride, Judy, a serial cruiser and serious fun-seeker, was the first one in the casino and the first one off the ship in every port. 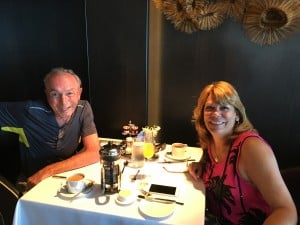 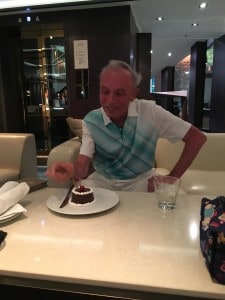 And then there was Matt, their amazingly social son and my UNLV hero, who made me understand why you can’t judge a person by the hat on his head. 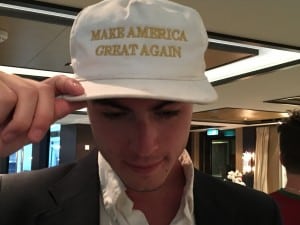 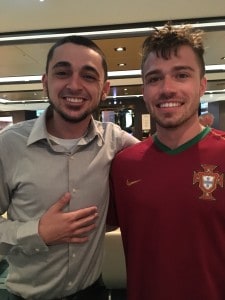 It was Stevie, a friend from cruises past who just so happened to be onboard with the Ciociola’s once again. And Alberto, who we all agreed will one day make the world’s best husband, and a pretty respectable son-in-law as well. We never, ever saw one of these guys without getting a hug and a smile.

It was Dana and Tom, a news guy from upstate New York who gave up his seat on the boat for old achy-kneed me. There was Michelle and her daughter Jessica who brought their own Diet Coke and shot hoops with the guys every morning. It was Harry, adorned in gold, his lovely wife Dee, a vision in Lily Pulitzer. It was Ryan, the gun-toting day care owner and James the corporate lawyer who drank himself into oblivion and was never seen again.

It was Tom and Patti from Wisconsin who we first chatted up on the elevator boarding the ship and subsequently ran into wherever we roamed. 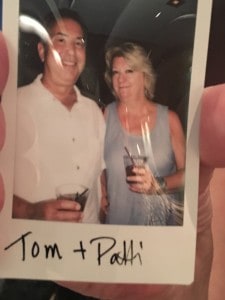 And, most of all, it was Hans and Danny who matched us wit-for-wit, drink-for-drink, chicken wing-for-chicken wing. Who saw the humor in the stuck-in-the-waterslide story, who helped orchestrate my first-ever slot machine win and taught us the value of starting the day with a Long Island Iced Tea, or at the very least, a Bloody Mary. They shared our disdain for all things disdainable, our passion for cruising and our intrinsic interest in the people around us, for better or worse. 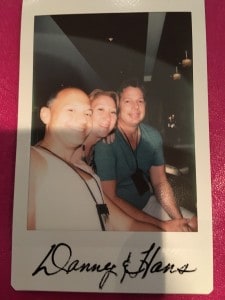 It’s a week when couples are happy, friends are compatible and siblings don’t fight. It’s a week free of checkbooks and bosses and constant e-mailing. It’s a week when being bald or gray, black or white, gay or straight makes no difference at all. It’s a week when we can forget that we’re overworked or underemployed. A week when no one cares if we went to an Ivy League college or a local trade school. If our kids are smart or our dogs are dumb. If our sporty cruise wear comes from Bergdorf’s or Dress Barn.

Because, for one week we’re not defined by our real lives. We’re not divorced and widowed, damaged and weary, deflated and weak. For one week we’re who we’d  love to be every day of our live-long lives. The happy-go-lucky, belly-laughing, over-indulging, social side of ourselves that we suppress way too often.

And it isn’t until the ship comes to port and we all disperse to our diverse and deviant lives that we’re faced with the biggest conundrum of the cruise.

How do we even begin to do our stories justice?

So we pull out our photos and try to explain all the settings and scenarios to our friends and families. We try to recreate the feeling of freedom and the fall-on-the-floor laughter. We try to describe all the people we met and the personalities they portrayed.

But we can’t. Because, while every picture tells a story, the true essence of an experience can only be captured in the cameras of our souls. 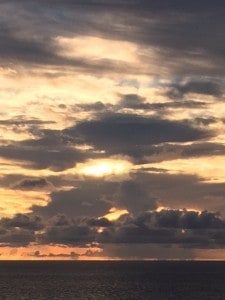