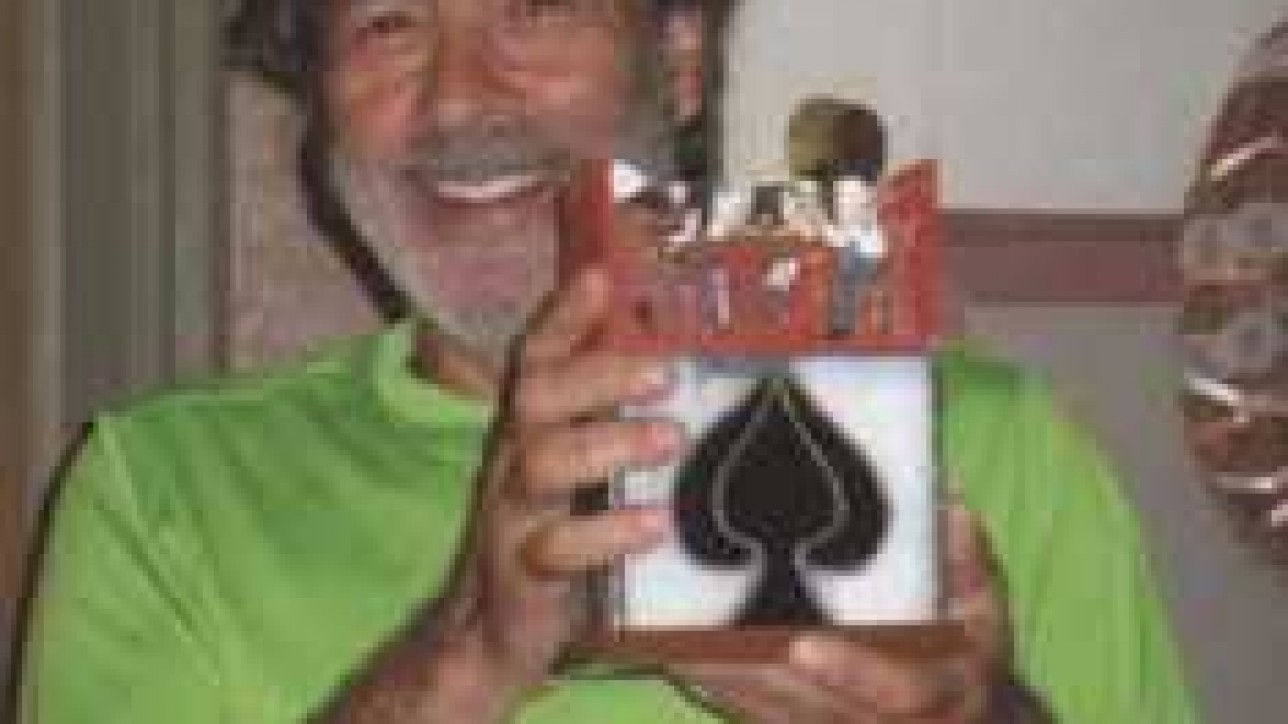 “You’re going to be surprised,” my friend, Nancy, warned me as she attempted to describe her new beau, Eddie.

Nancy, always an astute one, knew from the get-go that Eddie was the last person on earth any of us would expect her to date. Let alone stay with for over 35 years.

When I was in my twenties, I worked at TV Guide in Radnor, Pennsylvania where I was responsible for the pseudo computer-generated layout of several editions of the magazine. Nancy was one of my best friends there. She was smart and quick and really good at her job. I admired her for her work-life balance, but mostly for the life side of it, which as you might imagine at that age, far surpassed the work side.

We forged a group of lifelong friends, all of whom had one foot, one partner or one buddy tied to TV Guide. We spent winter weekends at Don’s house in Fishtown and summers in a rented bungalow in Brigantine. We ate dinners in cheap Italian restaurants in South Philadelphia and listened to music in dart board bars in Fairmount. We frequented Phillies’ games and Mummers’ parades and celebrated birthdays at the Malley estate in the Poconos. Through it all, we played Hearts. We played a lot of Hearts.

Like all of us, Nancy was merely biding her time at TV Guide, enjoying the friend-filled, four-day work week job where our sole aspiration was to get out before we got old. Nancy took her not-so-easy out, escaping with a broken heart in tow. She up and left us and moved to our nation’s capital.

But, that was far from the end of our friendship. We simply added Washington, DC to our weekend adventures list.

Shortly after her move, because things move quickly when you’re young, Nancy met a new guy.

Nancy is an academic. She can, and often does, talk 18th century literature like there’s no tomorrow. Not content with a simple undergraduate degree from Georgetown, she kept going and going and going until she finished her doctorate and became a highly-regarded professor of English.

Eddie, on the other hand, was a numbers guy.

“Are you an IDIOT?” he bellowed when I asked his advice about selling a certain blue-chip stock I had been bequeathed. “It will bounce back. It always does.”

Until, of course, it didn’t.

“Are you STUPID? You should have sold it,” he said.

Eddie was a New York Jew. Nancy, a Main Line Catholic. And while neither were overly zealous in their everyday lives, their opposing religious upbringings were parentally prohibitive. And so, both of their mothers died, peacefully content in their convictions that Nancy and Eddie were nothing more than just good friends.

Eddie was casually fashionable, sporting crisp designer shirts and dry-cleaned jeans. Unlike Nancy, he would never in a million years be caught bargain-hunting in an Adams Morgan  thrift shop. Unless, maybe, and only maybe, he was in the market for a Halloween costume.

Eddie was impulsive. We never knew when we might hear, somewhere around 2:20 am,  “Nan! We’re going. Now.”  He’d get it stuck in his craw that he was going to drive home. That night. After a Hearts tournament in Brigantine. A barbeque in Pennsylvania. Or a basketball game in Chapel Hill. He wasn’t a big drinker, and could drive for hours. In a Porsche. Or a Honda Civic. At 100 mph down Interstate 95.

Eddie could be quite opinionated and argumentative. But Nancy, a woman of strong convictions herself, knew when to hold ‘em and knew when to fold ‘em. Many a night, she’d corner one of us in the kitchen with a conspiratorial whisper, “Sorry, we have to go. Ed’s just a little…” cranky, annoyed, tired, fill in the blank.

But she didn’t need to apologize for Eddie. Everyone knew Eddie was a reflection of no one but himself.

And that reflection could be stubborn. And snarky. And snappish.

Just as it was witty. And warm. And wonderful.

Not to mention fun. Always lots and lots of fun.

Nancy is a calming force. She has a soft and soothing voice of reason. Eddie, on the other hand, had an uncalculated crackle, most often infused with multiple exclamation points.

“I hate you!” he’d roar when someone threw a card he didn’t like. “Not in real life. But in Hearts, I really, really hate you.”

You always knew exactly where you stood with Young Ed, as we called him with kindness.

I don’t remember the origin of the moniker, though I’m sure someone has a reasonable explanation of how the endearment came to be. I suspect it was born oxymoronically, as he was one of the elder members of our group. Or perhaps, it stuck after one of his petulant outbursts. But, I’m thinking it simply stemmed from his impish smile, his exuberant spirit and his devilish demeanor.

Keeping in character, Young Ed got himself caught up in a non-common condition that haunted the last years of his life. Far be it from him to go out with something simple. But, when he did go, he went quickly and unexpectedly. Surprising us all.

With a lump in my throat, I remember Nancy’s warning.

“You’re going to be surprised.”

Surprised, I was, from start to finish. A more unlikely couple I couldn’t imagine. And, I was always, always surprised by what came out of his mouth. And, out of his heart.

After all, he made it pretty impossible not to.