Getting Off My High Horse 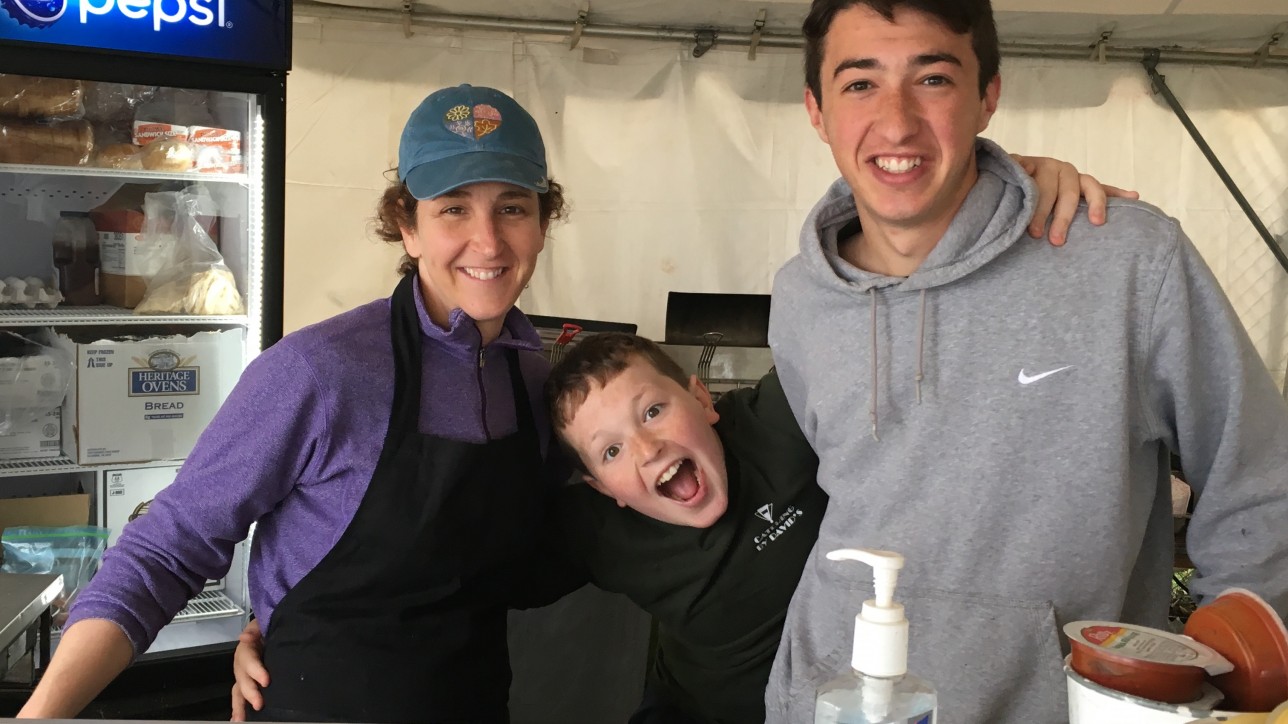 “A food truck at a horse show? Do you actually look for crazy things to fill your time?” my friend Jean texted when I told her what I was up against for the weekend.

I don’t really look for these things; they just find me. And when I make the commitment, they always seem like fun and sensible things to do.

“Bring several pairs of shoes, at least one raincoat, lots of layers and tons and tons of Aleve,” were my last-minute instructions.

“Why the multiple shoes?” I asked.

“You’re going to be outside. It’s supposed to pour rain all weekend. You’ll be on your feet for 12 hours a day and you might want to switch shoes. You know, to prevent blisters and bunions and gangrene and sometimes changing them helps your back, and your knees and your hip – does your hip ache all night long like mine does?” my sister responded.

My sister Nancy loves to abuse her body. Not with excesses of food or alcohol or mind-altering drugs, but with old-fashioned hard work. I, on the other hand, prefer the former.

As a single mother, Nancy didn’t bother to figure out how to balance work with parenting. She just did both 24 hours-a-day. After the kids went to bed, she’d retreat to her dank basement with a 17-inch TV screen in one corner, a sewing machine in the other and work into the wee hours of the morning, stooped over a work table making custom draperies, wedding dresses and pillow shams, stitching, altering, upholstering and mending her way to meeting the mortgage. She didn’t sleep a lot. But she had dinner for her kids every night, paid for their college and managed some fun vacations along the way.

In the later years, she added catering to her repertoire of freelance jobs, and with every escapade she described, none of which sounded the least bit pleasant, my bones creaked and ached in solidarity. 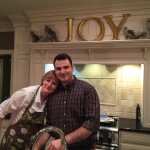 When Nancy moved to Charleston, she took her culinary skills to a homeless shelter, spending long and grueling hours cooking for the masses, most of whom were incapable of appreciating her talents. But, she met Carrie there, a fellow work horse who, along with her husband owned and operated a movie-set catering business.

When Carrie and Peter started a new venture that catered to the horse show circuit, they knew that Nancy would be an asset to their employee stable. And when, in their inaugural year they found themselves at The Garden State Horse Show, my sister suggested that I work with them for a few days. Carrie, thinking she was getting a second Nancy, hired me, sight unseen.

And that’s how I got involved in my food truck weekend.

Actually, I never set foot in the food truck. That was my sister’s domain. I was relegated to the food tent by the upper show rings, under a huge tent with my own set of friends to make, menus to master and coins to count.

I became immediately mesmerized by the whole horse show business and kept my ears and eyes open as I tried to figure out about muck boots and riding breeches, braided manes and monogrammed blankets, trainers and handlers. I watched as stable hands juggled steaming coffee cups across soggy fields and shook my head as kids showed up at the tent with crumpled hundred-dollar bills, dropping their change and leaving it in the mud as it were a candy wrapper. 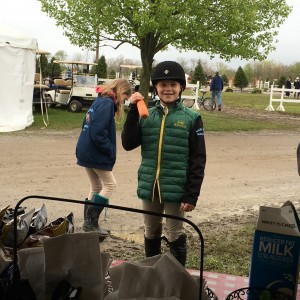 I loved the rider’s outfits with their tight pants and sueded inseams. Their custom helmets and neckties. Their ribboned-hair and black-gloved hands. They wore leather bracelets with the names of their horses engraved on brass plates.

And the dogs! There were just as many dogs as horses. 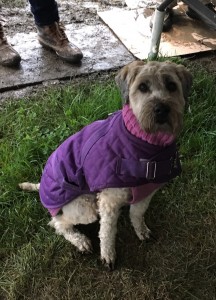 Every morning Queen Sophie, a dashing Wheaton Terrier, arrived at the food tent with her own personal nanny to place an order for scrambled eggs. Sophie, we learned, came to the show with three suitcases full of doggie attire. There were Jack Russells hopping over mud puddles, Corgis sloshing through them and regal retrievers sitting shot-gun in golf carts while their drivers drove purposely through them. 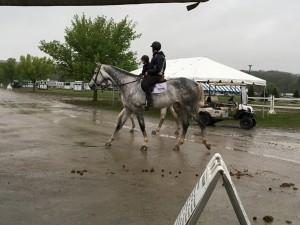 “Do you have your own horse?” I asked one adorable pre-pubescent equestrian.

“How much does that cost?” I asked.

“But Mummy says it’s okay because Gwendolyn needs the money so she can pay the bills.”

“Maybe you’ll get a horse for your birthday,” I suggested.

“Probably,” she said. “Cause I’ll be thirteen.”

“Yeah,” chimed in another girl. “That’s when I got mine.”

Oh, how I yearned to be of that ilk. If not for a lifetime, just for a while.

But, alas, I was a mere hired hand so just smiled and filled the napkin basket, turning my fascination to the inner workings of the food service industry. I had never seen such a production in action and had never thought to wonder how it all worked. But now I was on the inside looking out and I spent the weekend asking (too many) questions. I wondered when the mobile grills arrived. Where the hot water came from. How inventory was kept. Where extra food was stored. Who drove the (multiple) trucks. All those cook stations and sinks and massive coffee urns and work tables and refrigerator trucks and slicing and dicing and prepping and praying was a phenomenon previously unbeknownst to me.

I was surprised at how easy it was to get up at 5:10 am. How quickly the days went by. And how long I could actually go without peeing when it meant taking a walk down the rain-sodden road to the distant Port-a-Potty. I loved learning how to count change, how to gauge mass consumption and how to avoid waste.

I loved sharing stories with my new friend Andrea and her amazingly hard-working and personable sixteen year-old son, Isaac. I watched in awe as they worked in tandem, flipping burgers, making bacon, egg and cheese sandwiches and preparing the world’s tastiest grilled cheeses without ever, not one single time, snapping at each other or anyone else in the tent. I loved how David answered my questions without rolling his eyes and told me twice what I was doing wrong in such a kind way that I thought he must have forgotten explaining it the first time. I loved meeting the grandmother and great-aunt who have worked on the truck since the business began.

And I really, really loved hanging out with Carrie who is brave enough to start a new business, smart enough to make it work, and fun enough to make it fun. I loved finding out that a boss doesn’t have to be bossy and that sometimes the fine line between boss and friend is worth blurring.

And I learned there’s nothing like working side-by-side a freckle-faced ten year-old boy like Gabe to warm the heart and tickle the funny bone.

When all was said and done, my body was battered, my feet were shrieking, my back was aching. But my mind was smiling. Because what I learned most of all was that even when it’s all about horses, it’s really all about people.

And these are the ilk of people we should all aspire to be.

The real. The honest. The hard-working. The loyal. The fun. The friendly. The ones who serve with a smile the ones who were born to be served.