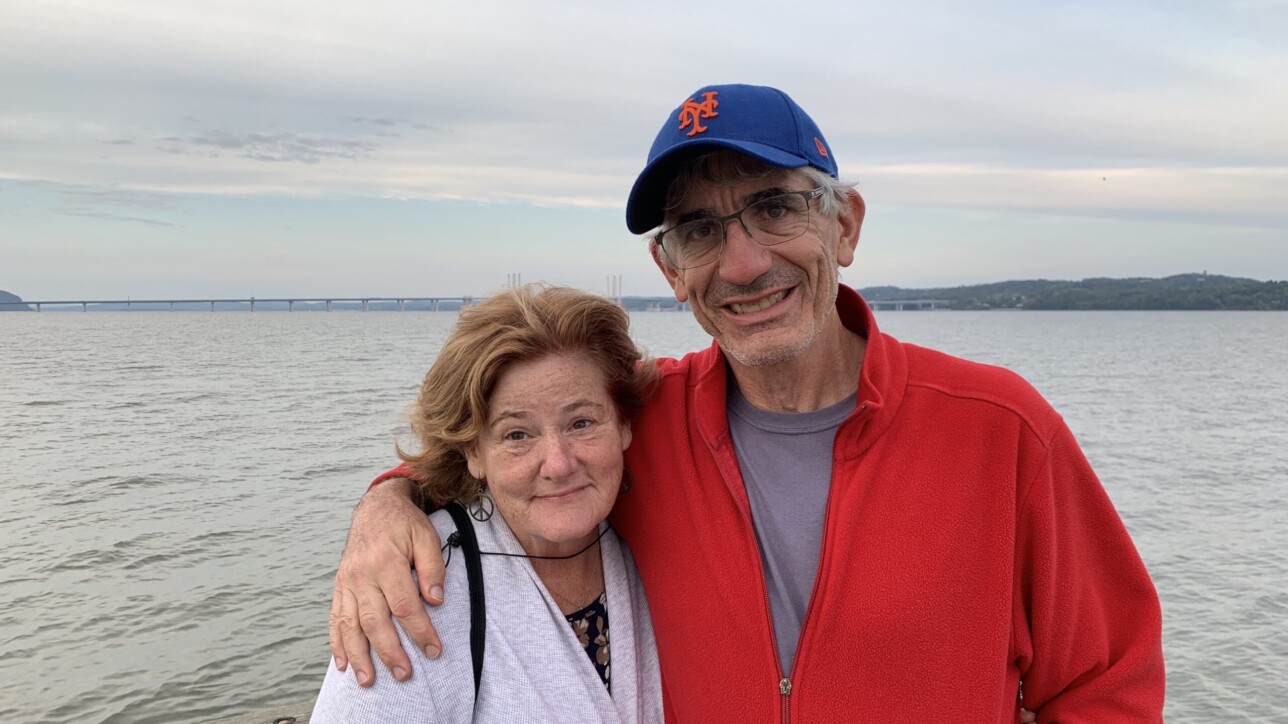 I’ve been married for half my life.

At least for a year.

I’d been looking forward to this milestone, but then did some simple addition and realized that this time next year when we reach our 32nd anniversary, I will no longer be married for half my life, because I’ll “only” be 63, not 64.  Anything mathematical, statistical, or logistical hurts my brain so I don’t really understand this phenomenon, or at what age I’ll be when I fully cross over and can say with conviction, for the rest of my life, that I’ve been married over half my life.

All I know is that half of a lifetime, or anything close, is a really long time.

“What’s the best thing about being married?” my youngest, not-so-young son asked us the other day in the middle of the woods in the middle of nowhere. I paused, still somewhat baffled that any semi-grown child of mine, would actually choose to be with me. I can say with unwavering confidence that the last place I’d be on a Saturday afternoon in October at the age of 24 would have been hiking in the lower Catskills with my parents.

But, that of course, was a lifetime ago.

“The best thing about being married?” I repeated, buying time. I’ve known from parenting for 45.16 percent (I googled it) of my life, that certain responses, certain reactions, certain non-answers can not be reconstructed or reversed. Ever.

You know, the fury-filled, “I told you not to go” when you get the crashed-car on a snowy day call.

Or the, “You’re kidding. He’s asking HER to the prom?”

Followed by the completely innocent, “What’s wrong with HER, Mom?”  The HER who becomes HIS girlfriend three months later.

“The best thing about being married,” I said. “Is having someone you love with you all the time.”

I looked sideways at my ever-loving spouse who remained silent.

“You know, like you never have to go to a wedding alone. Or make decisions alone. Or take care of the dog alone. And, of course,” I continued, mother gene kicking in. “Having kids together. Because no matter how much your grandmother or aunt or best friend pretends they care about the color of your baby’s poopy diaper, no one cares like a parenting partner.”

“So, then,” asked the introspective son. “What’s the worst thing about being married.”

“Having someone with you all the time,” I said, without skipping a beat.

We walked along, the three of us, scuffing at the fallen leaves beneath our feet.

“Which is why you have to marry the right person,” I added.

“And, how do you know it’s the right person, Mom?”

There’s that question. The one akin to What’s the Meaning of Life? or Which Came First, the Chicken or the Egg? The one that every unmarried, soon-to-be married, and sometimes even married, person on the planet wants answered.

I knew if I gave my stock response of “You’ll just know,” to my philosophy-major son, it wouldn’t fly.

Instead, I just said, “You know, I’ve been married to your father for half of my life.”

Long enough to launch three children, bury three parents, buy a big, old,front-porched, till-it-falls-apart or till-death-do-us-part house, lose a job, change a job, pray for a job, total a couple of cars, raise a couple of hounds, survive more than a couple surgeries, kill a cancer, shock a heart, buy two new knees, a hip, two bosoms, knowing we’d willingly double our troubles to mend one of our kids’ battered body parts or broken hearts, of which there’ve been many.

But of course, if you marry the right person, no matter how you do the math, half a lifetime isn’t nearly long enough.

anniversary, love, marriage, my person, the one