Horsing Around on the Food Truck 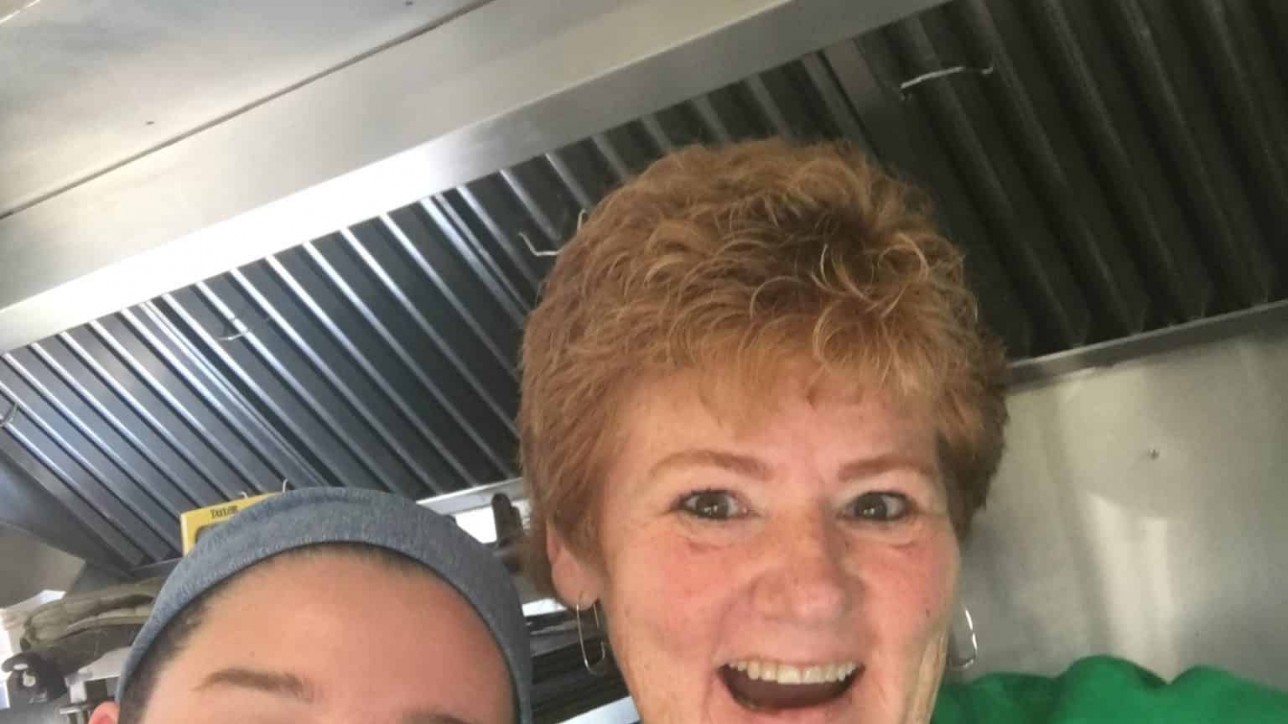 “Just imagine how hard it would be to actually be my friend,” I said to Sarah in defense of yet another food truck rule I had imposed that morning. It was probably something on the lines of you can’t touch my calculator or the Green Mountain coffee cups are stacked too high.

“Uh, hello,” she responded. “I kind of do consider us friends.”

“As opposed to what we’ve been doing?” the whippersnapper retorted.

After all, we spent over a month together, working six days a week, 12 hours a day, shimmying for space, reaching for change and bumping butts inside a 14-foot food truck with a view of nothing more than gray gravel, hungry faces and begging dogs. If we contorted our bodies to a 90-degree angle and craned our necks the right way we could catch a glimpse of the mountains, a bridled horse, or the porta-potties across the way. But, basically, we were sequestered to the confines of our aluminum-lined kitchen, the workers within it and the folk who frequented it.

Sarah is younger than my youngest child and I’ve spent more time with her in one fell swoop than I’ve ever spent with my oldest, middle and youngest combined.

Sarah is funny. Sarah is smart. Sarah is a hard-working, people-pleasing, multi-tasking, full-loving friend. Not to mention an accomplished speed skier and Vermont-via-New Jersey transplant.

“Do you think we’ll ever see each other again?” she asked in another one of our inane conversations. The one in which her legs were crossed tight as she buckled over in belly-heaving guffaws.

“You’re too old…and, for that matter, too young…to be peeing yourself,” I cautioned.

“But to answer your question,” I said after she returned from changing her shorts. “Yes, we will absolutely see each other again. You’re my new best friend.”

Which got me to thinking about the crazy ways we come together in this world and how our lives end up being enhanced by the least likely contenders. I gazed out onto the grounds of the Vermont Summer Festival where the food truck was planted, scoping out the red-and-white checkered picnic tables filled with people of all different ages, sizes, shapes, ethnicities, social statuses, riding abilities, pecking order positions, political affiliations, sexual preferences, religions and wallet sizes. And I wondered how many of us would ever have even spoken two words to each other in a life outside this six-week-long horse show in Manchester.

I thought about Paige who was working in the stables for the summer and how she came for her BLT sandwiches doling out dollars from the bank envelope that held her weekly paycheck. I thought of Chelsea and how she convinced us that we, too, could get followers on Instagram. Of Haylie who has liked every single post we’ve ever posted and Sydney, Betta and Maeve who went so far as to be photographed with the old lady from the food truck. I thought of Pippa and Franki, the cute little riders who are still lucky enough not to know how lucky they are. Of Jess with her smile, Maddy with her shrimp and Colby with her account. Of the Hillsborough crew and the Baby Bagel. Of our first-week friends, Kim and Hannah and Julie and Daphne. Of Lisa and her over-easy eggs and her ever-easy husband, Paul. Of Dawn and her big gray dog, Stella. Of Carla, lamenting over her first-born heading off to college in Ohio as her second-born landed on her head in Vermont. I thought about how much fun it was to recognize old friends like Jared and Trevor and Shawn and KC from previous shows.

We loved meeting and greeting our customers as they rotated in and out of the show, bantering with the best of them as we tried to figure out the world in which they rode.

“Are you rich?” I asked Shawn after learning that he travels to Europe to “try out” horses. He laughed and I charged him double for his Caprese sandwich.

“Just how much does a horse cost?” I asked Heather, one of my first and favorite friends.

She smiled that you-don’t-really-want-to-know smile.

“What in God’s name (besides being Betsy) prompted you to do something like that?” my friend Nalls asked when I announced via Facebook that I was home from a month-long stint working on a food truck at a horse show in Vermont.

Which prompted me to give it some thought. What popped into my head was an image of the tiny woman from Mexico standing on her tiptoes trying to grab three burgers and an order of chicken fingers from the counter. My two-Red-Bull-in-the-morning boyfriend who worked in the stables. The golden-toothed groom who knew that only I could place his order for a steak sandwich with no horseradish sauce without bellowing, “What? I can’t understand you” half-a-dozen times. The multi-Grand Prix champion who drank the same bottles of water that everyone else did. The blacksmith who never once rolled his eyes when he stood in line too long. The vet and his staff; Dottie and John; Billy and Jenn who all talked to us like we were friends, not hired help.

I thought about James, Mr. Please and Thank You, and the sordid life stories that we shared. And about how he jumped aboard the truck on my last day and gave me a hug that made my heart swell.

I thought about the people we fed. The grooms, the trainers, the farm owners, the stable managers, the office workers, the show staff, the vendors, the breeders, the braiders, the riders, the barn hands, the ring sweepers, the show managers, the judges, the photographers, the dealers, the dogs, the jump designers, the stall cleaners, the handlers, the announcers, the potty pumpers, the trash collectors, the parents, the grandparents and the friends and families behind all the financial, emotional and physical sacrifices.

I thought about the people with whom I worked. My best friend Sarah and my sister Nancy who put smiles in every sandwich; Doug and Carrie who powered the production; Autumn and Andres who added the spice in the Mexican food station; Hannah, Courtney and James who all could press a perfect grilled cheese sandwich; Leo and Jake who learned a lot about lattes;  Richard who quickly saw just how different cooking in Vermont could be from bartending in Phoenix; Christine, the best bill facer west of New Hampshire; and Oscar, the fast and furious cook who never missed a morning FaceTime call to wake up his wife and kids in Guadalajara.

“Aren’t they all a bunch of rich people?” a friend asked when I tried to explain the horse show circuit.

“Rich is a relative term,” I answered.

I can pretty much guarantee I’ll never sport an Hermes belt buckle, wear an Ariat jacket or hack a horse. But my life has been enriched by those who do. Our paths would surely never have crossed had they not been looking up to us on that food truck, trusting us to leave the tomato out of their tuna, add extra salsa to their breakfast burrito or spike their passion iced-tea with just the right splash of lemonade.

No matter where we fit in to the grand scheme of life, there’s one thing I’ve learned from my many fun-filled experiences. We all have our parts to play in this great big world and not one of us is any better than the other.

And that whether we are riding horses, serving sandwiches, brokering a business or ruling the country, it always takes more than money to run the show. 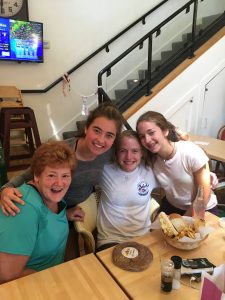