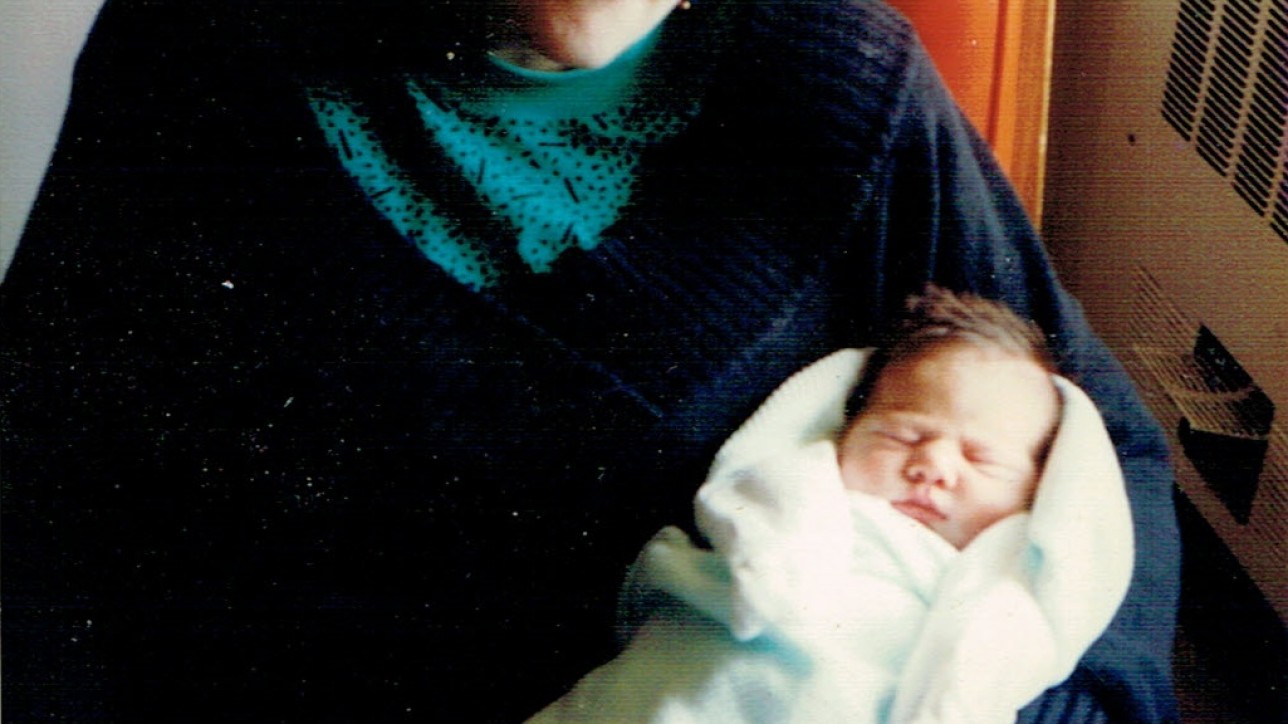 Twenty years ago I was about to give birth to my third and final child. Max and Molly had been named way before they were conceived. But this one wasn’t sending us any in vitro suggestions.

We had always liked the name Eric but, being from Pennsylvania, I pronounce it Uric, whereas my spouse says Airic. I feared that poor little Eric’s confusion over the proper pronunciation would lead to future personality disorders, so we scrapped the name.

It was never our intent to have all our children’s names begin with the same first letter so Milo, Milton and Marvin were all out. Somehow, some way, we came up with Leo. And once it made our top-ten list, my ever-loving spouse would tell people with confidence that Leo was the name we had chosen. I, on the other hemmed and hawed, wondering if it was indeed an appropriate name.

“What do you think of Leo?” I asked everyone from the check-out clerk at CVS to the mail carrier to any stranger on the street who would talk to me and my bulging belly.

“It’s a great name for an old Jewish uncle.”

“Well if you’re naming him after a grandfather or something, it’s OK I guess.”

“Maybe it will be a girl and you can name him Leah.”

In the end, despite much opposition, Leo stuck. And before his first birthday rolled around, a blockbuster film hit the screen that created a superstar out of the handsome and talented Leonardo DiCaprio. And just like that, Leo became a cool name, worthy of soap opera stars and small dogs.

That was just one of the many, many all-consuming parenting decisions I obsessed over.

For many reasons, I decided not to breastfeed my first baby. Or the second. Or the third, for that matter. But the first was the one that was agonizingly difficult. Everything I heard and everyone I talked to confirmed that breastfeeding was the healthier, better choice. After all, didn’t I want to bond with my babies? Twenty-four years later, as I get my daily phone call from the daughter, I have to wonder, had I given her my bosom, would she be calling twice a day?

Then there was the birthing decision. Despite experiencing a perfect first pregnancy, gaining only 12 pounds, I might add, and graduating Lamaze class with honors, when the time came, the daughter refused to come out. After an overnight stay in the hospital and a day of induced labor, my gut had to be sliced open to bring her kicking and screaming into the world.

With the subsequent children came another huge decision. Did I want to try to have a natural birth or schedule a C-section? When push came to shove, I stuck to my guns and picked the birth dates of my next two babies; one on December 27thso we could get the tax deduction. And though I tormented myself wondering if I did the right thing, I have never, not once, regretted not knowing what it feels like to push a baby out of my loins.

Next came the work decision. Should I stay at home with my kids or continue working at CNBC? My mother stayed at home with the four of us and while I’ve always admired her stamina, I couldn’t quite imagine my life completely surrounded by snotty-nosed kids, even if they were my own. And so I continued to work until two-and-a-half years after the third one was born and I was laid off when our department was eliminated. The decision to stay home at that point was the beginning of our financial ruin, my mental deterioration and a twenty-year question of whether they would have been better off raised by professionals.

Then came two decades of grandiose decisions.  Do I meddle with fate and try to procure the perfect kindergarten, first grader, fourth grade teacher? Do I let my son try out for the All-Star team at the age of five, agree to his shoulder surgery at 15 and then support his decision to give up baseball at 18? Do I send my 14 year-old child to a sleep-away camp in Maine for three weeks in its inaugural season?  Do I allow my middle-school daughter to go to Europe with the overpriced but highly recommended People to People program?

Do we get a dog? Do we deplete the college fund and move from the only home my kids have ever known into a house across town for an extra bathroom and a basement for their entertaining pleasure? Do I give in on the $129 Nikes? The party bus for the prom? A coveted pair of UGG boots? Do I let my high schoolers stay out past midnight? Go to senior week in Wildwood? Drive 75 miles to Six Flags with a newly-licensed teenager? Do I allow the boys to get their ears pierced? The girl to dye her hair? Any of them to wear low-slung pants, expose too much skin or go to school in questionable clothing?

Do I encourage the daughter to go to college 500 miles away? Do I allow the son to transfer to a private university clear across the country at more than double the cost of his original, perfectly-fine state school? Do I cut off the cell phone, the car insurance, the occasional Venmo’d cash after they graduate from college?

Every decision, no matter how insignificant in hindsight, clenched at my moral fiber, deprived me of sleep and annoyed the heck out of friends, family and passersby who had to listen to my ranting, justifying and what-if-ing.

Knowing that one teensy-weensy different decision has the power to change the entire course of a child’s life is a daunting realization and not something that is easy to live with. My mother used to say, “You just do what you feel is the right thing to do at that particular point in time.”

And a dear friend once sent me a card that I now keep framed on my bureau as a constant reminder of how to make the most important parenting decisions. Which of course, is all of them.

“How do you learn to be a mom? asked Pooh. 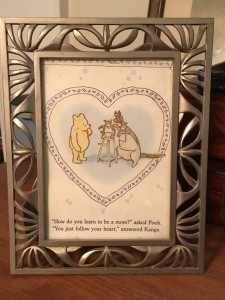