How to live with an unemployed adult child 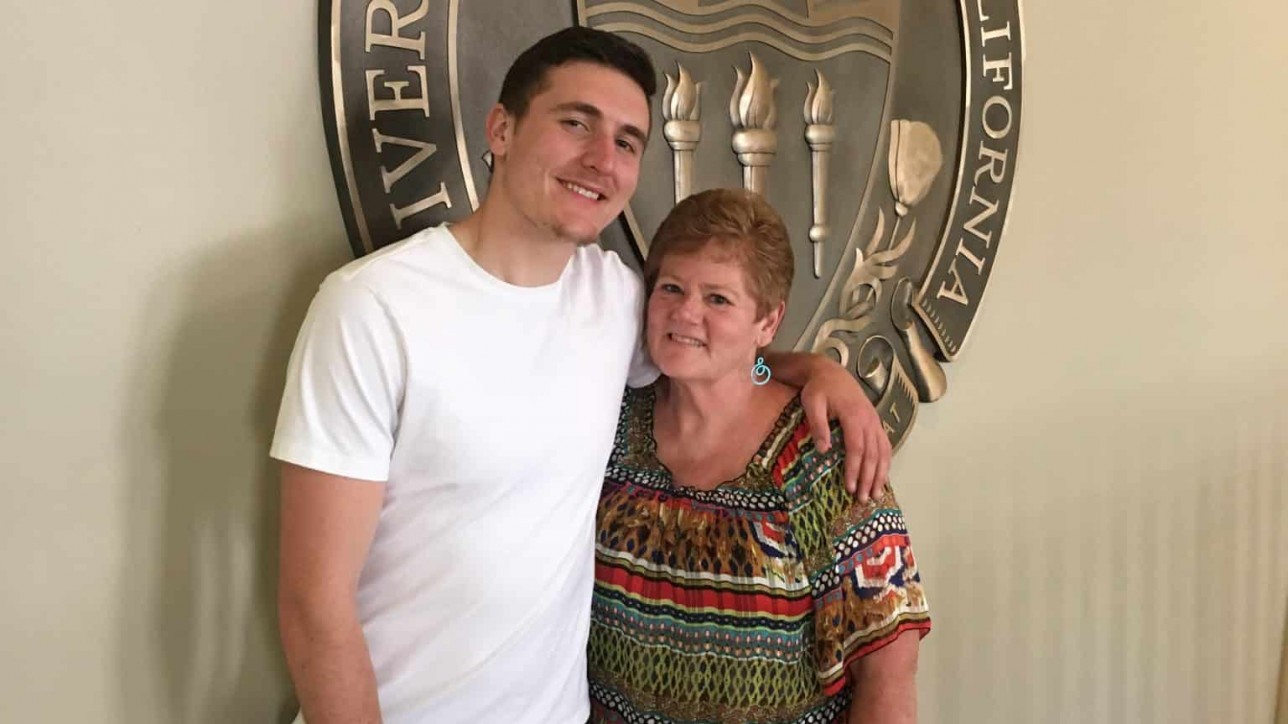 “What should I write this week’s blog about?” I asked my unemployed adult child.

“Write about me!” he enthused.

I raised an eyebrow.

“You really want me to write about you?”

My middle child graduated from college in May. He took a course, or two, or three over the summer to finish up his degree and moved back home from California in July.

My middle child is the only one who’s never been an only child. Sandwiched between a sister two years older and a brother two years younger, he’s never had the opportunity to enjoy full parental attention bestowed upon him.

But he’s got it now.

Max does the grocery shopping, knowing I won’t accept generic toilet paper or ketchup but that store-brand yogurt and cereal are fine – primarily because I don’t eat them. Max does the heavy lifting , serves as my personal Uber driver to airports and bars (just kidding on the latter – though that’s an idea…) and helps me with hashtags.

“I never worry about Max,” I said to my mother a few months before he graduated. “He loves the finer things in life. He loves expensive clothes. Fancy haircuts. And going out in the city. He’ll have a job a week after he graduates. He’s too much of a consumer to be unemployed for long.”

Max worked all through college. Multiple jobs. After all, LA is not a cheap place to live. And he doesn’t have rich parents.

When I moved back home as a smarter-than-though college graduate with a degree in advertising, I was bombarded with eye-rolling suggestions, laughable job leads and ridiculous advice. I was such a talented writer that the world would come to me. I wouldn’t have to pound the pavement begging for work.

But, of course I did. Because in those days, that’s what you did. There was no e-mail. No indeed.com. No LinkedIn. You did it in person, going door-to-door, day-after-day in your clunky black heels and navy blue skirt, dropping off resumes that the receptionist tossed right into the trash. Though, not much different, really, than the cyberbullies arbitrarily nixing your resume for lack of keywords today.

After a while, I got smart. I would take the train into Philadelphia and sit on a bench in Rittenhouse Square, reading novels, watching people and feeling sorry for myself. After a couple of hours, I’d go home and have conversations with my father that went something like this:

“No. But I went to six advertising agencies.”

“Yeah. I think one of them might call me back.”

I pride myself on my honesty, which is why I didn’t categorize these words as lies. They were just little misrepresentations made for the sake of amiable coexistence.

I eventually got a job. I eventually moved out. Then moved back in. When I finally got married, I left for good. But the process took almost a full ten years.

So, how does one live with an unemployed adult child and survive?

Don’t ask.
If you want to keep a dialogue going, don’t ask stupid questions like “Did you get a job today?” Believe me, when they land a job, you’re going to hear about it.

Hide your prized possessions.
In my case, this includes the overpriced Bounty paper towels I buy in bulk, two-liter bottles of Coke Zero and the Boar’s Head smoked turkey breast I stash away for my own lunch.

Make the omelet before they ask.
Trying to work from home with adult children is almost as trying as working from home with toddlers. Anticipating their impending requests can help to limit interruptions. Just understand that you might get left holding the egg.

Let sleeping dogs lie.
Accept that they will eventually be forced into adult sleep patterns and sleeping away half the day will become but a dream.

Don’t raise your eyebrows.
When they decide to go to Pittsburgh for the weekend to visit a buddy, or California to visit a girlfriend, or Brooklyn to visit a brewery. Has saying, “Can you really afford that?” ever actually made a difference in their decision?

But do their laundry.
Otherwise you’ll find it wet and moldy in the washing machine next time you go to use it.

Don’t impose curfews.
They just hear blah, blah, blah anyway. Instead, try to remember when your nights began, rather than ended, at 11 pm.

Buy the bagel.
But don’t expect to get any change. Here’s where it’s a good idea to keep singles in your wallet.

Be realistically enthusiastic.
They’ll see right through your exclamation pointed pronouncements of how you’ll love working the overnight shift!! You’ll be a terrific salesperson!! You’ll make a fortune in commission! A two-hour commute to Philadelphia won’t be that bad!!  You can read on the train!!

Don’t give in.
Keep harping on the non-negotiables. Like remembering to put the toilet seat down. Or replacing the last bottle of caffeine.

Don’t bother sending job links.
Your idea of a good job and theirs is a generation apart.

Have faith.
It will happen.

He will get a job. It might not be the job of your dreams. Or his. But, he’ll get a job. And, then he’ll move out, taking his dirty laundry with him. And, despite your months (or gulp, years) of fussing and fuming, you’re going to be sad. Because he’s fun. And helpful. And he’s your child. No matter how old he is.

But you won’t be sad for long. Because, just when you start to feel the freedom, turn the bedroom into a den, start building up your bank account, you’ll get a call from the daughter.

“Hi, Mom! I’m thinking of moving home to save some money.”