How to Say Goodbye to Your College Kids 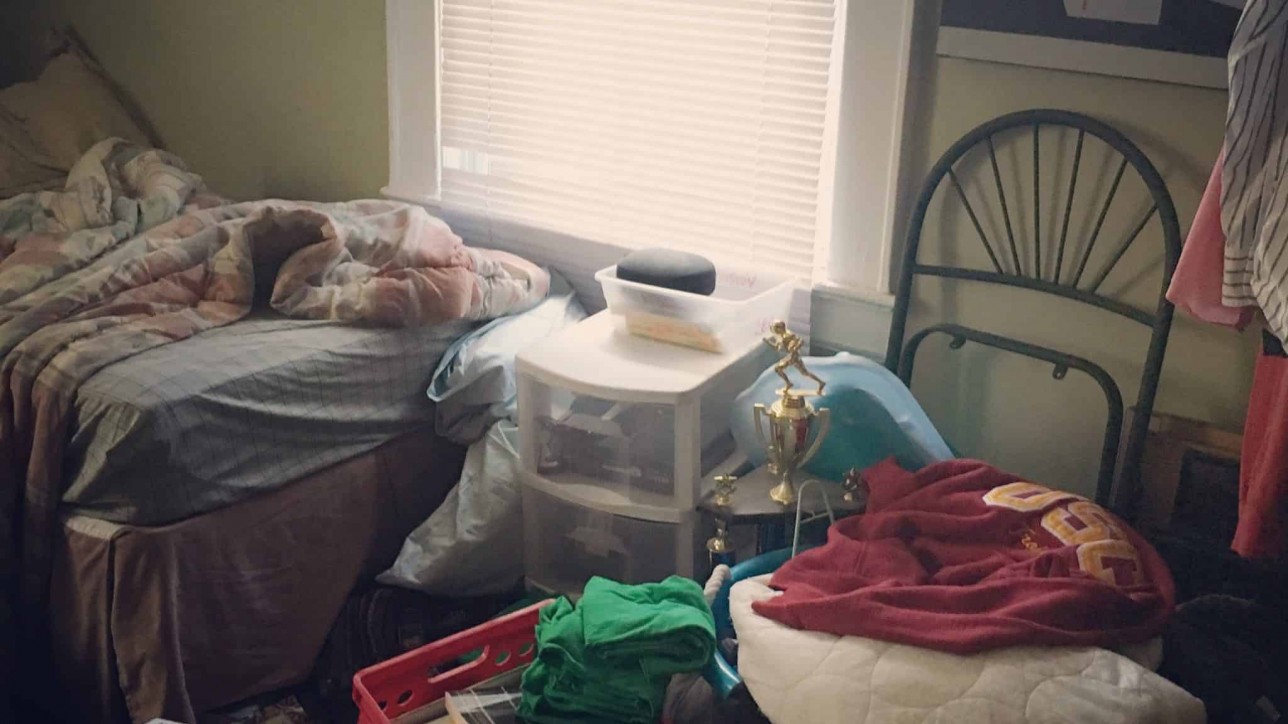 It was hardly a big surprise. Rather, a playing out of the natural progression of life. A rite of passage. A milestone we had known was coming for 18 years. Yet, nothing I had read in magazines, scrolled through on Facebook or heard from been-there-done-that parents could have prepared me for the way I felt when I bid the first of my three children farewell, seven short years ago.

My spouse and I drove the daughter 500 miles south to the college of her dreams in the old minivan, which wasn’t quite as old then, overloaded with plastic containers filled with brand-spanking new everything. We followed all the rules of freshman move-in day, parking in the 30-minute only circular driveway, waiting patiently for the laboriously slow elevators to ding open in the lobby, and eyeing parents and their kids smiling through gritted teeth as they tried to make that last time together pleasantly memorable.

The daughter’s room, which she shared with a blond-haired, blue-eyed North Carolinian named Crystal, was just this side of disgusting. It was not the clean, modern dorm we toured at orientation, nor did it resemble the online version of itself. The building was high-rise motel style with balconies serving as walkways rather than interior halls where I had envisioned the daughter stopping to visit newfound friends as she made her evening walk to the common commode.

We lingered. We helped the daughter unpack. We painstakingly hung her belongings on pink slimline hangers behind a curtain that covered a soon-to-become messy closet. We smoothed the sheets and fluffed the pillows. We gushed over how nice the room looked and how many friendly people we had met in our trips up and down on the elevator.

The daughter walked us to our car. I hugged her. She hugged me back. I got in the old minivan and watched her in the rearview mirror until she turned and walked back into the dorm. All alone.

And then I let it all out.

“Whoo hoo!” I screamed and fist-punched the air.

When my middle child transferred to a school 3,000 miles away his sophomore year, I flew with him to Los Angeles. We bought a new round of new possessions because it was cheaper, or at the very least, easier, than UPS-ing the year-old bedding, TV, fan, and other dorm room basics. Besides, he reasoned. You can use it for Leo next year.

I set him up in his very nice apartment of a dorm which housed transfer and international students. His roommate was Jiang, call me Joe, from Beijing. He didn’t speak much English, but he seemed like a real nice guy.

I spent three days in California with Max which was probably a day-and-a-half too long. I projected everything that was swirling around in my muddled mind right into his, despite keeping my mouth shut. For the most part. Would he ever find a normal friend amongst these eggheads and future Steven Spielbergs? Would he find his niche? Would he pass his calculus class? Would he join an intramurals team? Would he find a family to feed him on Thanksgiving? (Because that was the rule, you go that far, we’re not flying you back and forth. And we didn’t, that first year. But, of course, ever after, we did.)

He walked me to the car. I hugged him. He hugged me back. I got in the Hyundai rental car and watched him through the rear view mirror until he left the parking garage.  All alone.

And then I let it all out.

I wept like a baby. Heaving, from-the-heart, gut-wrenching, years-in-the-making sobs.

When my youngest chose a college 45 minutes away, I worried that he wasn’t going far enough. That he would never have a friend who wasn’t born and raised in New Jersey. That he would rely on his Teaneck friends too much. And that if he had gone to a Division III school, playing on the baseball team wouldn’t be as all-consuming.

My spouse and I helped him set up his room with the bedding Max had left behind the year before. We plugged the goose neck lamp into a dead plug and immediately called maintenance, knowing he’d never succeed if he didn’t sit at that desk with that very lamp shining knowledge into his brain. We made small talk with the roommate’s parents. We maintained our smiles.

He didn’t walk us to the car. I hugged him. He hugged me back. And then we walked ourselves down the long hallway to the elevator. All alone.

And then I kept it all in.

The empty, what-do-I-do-now, hole in my soul.

Each and every one of my three kids truly believes they are the favorite. And, they all have been for fleeting moments in their lives. Though they were each my favorite as I said goodbye to them at their respective college campuses, they provoked very different and unexpected feelings when they left.

Since sending the daughter off into the cold, cruel world seven Augusts ago, a lot has transpired. The two college graduates both had happy experiences, made good friends and now have respectable jobs in which they are required to get up, get dressed and work hard every single day. The youngest is about to start his senior year and assures us that he, too, will have earned his stripes come May.

I’ve said those August goodbyes over ten times now and every year it’s a little bit different. Sometimes I simply can’t wait to get their junk out of the house. To get the toilet seat back down. To have no back door banging at 2 am. To have a refrigerator full of food. And sometimes I get sad, knowing how much I’ll miss the company. The conversation. The constant stream of people in and out of the house, banging aforementioned back door.

And no matter how hard I try to harden my shell and put on that stiff upper lip, when I say goodbye to my kids, a piece of me goes with them. I look at them and wonder where the time went. How they became the young adults that they are. And how I ever survived all those years of motherhood. I hold my tongue so I don’t insinuate my strong opinions into their headstrong heads. I hold my breath hoping they’ll make the most out of their lives. But most of all, I hold my heart, knowing that through it all, there’s one thing I can count on.

They’ll always, always be back.