I Always Wanted to be a Fun Mom 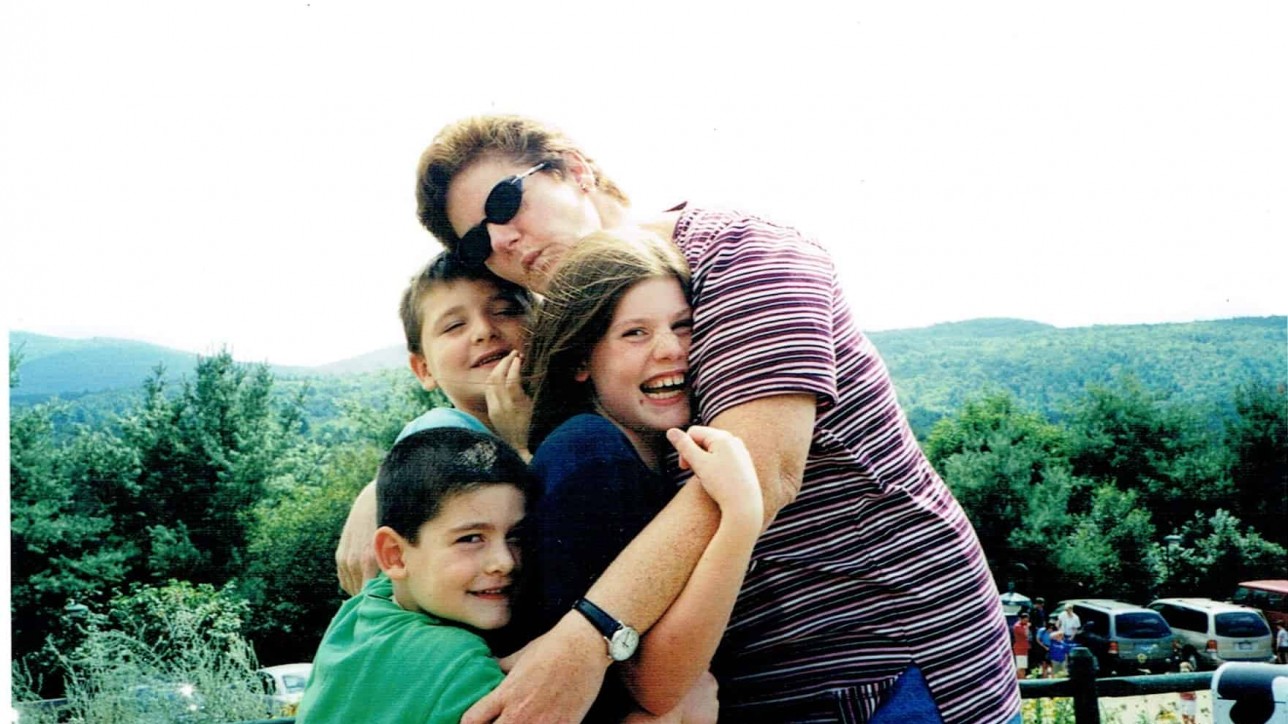 Back when the daughter was still brewing in my belly, I ended up at a party in Concord, Massachusetts while visiting my college roommate and namesake, Betsy. The circles in which we ran welcomed any friend at any party in any state at any time. Claire, a high school friend of Betsy’s, was also there and I latched onto the familiar face. Familiar because our partying paths had crossed many a time over the years. A little less familiar now that she had crossed into uncharted waters.  Claire was now swimming in a different sea than Betsy and I, having already given birth to three-quarters of the children that she would eventually put forth.

“It’s the greatest thing in the world!” Claire radiated. “I just get to play with kids all day long!”

Claire is about as real as you can get. This wasn’t an elevator pitch for motherhood. It wasn’t cocky. It wasn’t contrived. It was how she really, truly felt.

At that moment I vowed that I would be just like Claire. I was going to be a fun mom. After all, I thought, I’m a fun person. I like kids. I like adventure. I like challenges. How hard could it possibly be?

The daughter in the belly kicked. Then kicked again. Harder.

I was right. Being a mother wasn’t hard at all. The daughter was a screamer, but I had an ever-loving spouse who held her for hours at a time while I did the dishes or vacuumed the living room or read a book. I went back to work three months after she was born leaving her with Teresa, an 18-year-old I met in the corner grocery store, who knew way more than I ever would about babies.

The daughter slept through the night after three weeks, took three-hour naps and loved to be pushed up and down the hills of Leonia in her blue-flowered Graco baby stroller. She was cute and precocious and brought me lots of positive attention.

It was so much fun that we had another, 22 months later. Max was a jolly baby. All I had to do was plop him in his bouncy chair, give him a kiss on the cheek every now and then and he’d answer with a smile, assuring me that I was a perfect parent. I learned to prop a bottle, ignore a whimper and use a pacifier as a plug.

It was so much fun that we had another, two years later.

Leo was even easier than Max. Knowing that by mere virtue of being the last born, he’d ultimately suffer from parent fatigue, I kept meticulous baby book records and snapped hundreds of pictures. I took a five-month maternity leave knowing it would be my last, and under the guise of continuity, had the spouse drop the older two at pre-school on his way to work. Leo was my buddy, accompanying me to the dentist, sitting through lunches with the girls and sleeping straight through from the beginning of All My Children to the end of General Hospital.

Yup. Mothering sure was fun.

When I returned to work, I went back part-time, giving me three days a week to exercise my brain, two days to dote on my beloved children and the weekend to bond as a family.

When, a couple years later, CNBC moved the Creative Services to California, I tried, but couldn’t justify deserting the family for a cross-country copywriting job. Instead, I became a full-time, stay-at-home mother faced with a flighty future as a freelance writer, an ever-loving spouse who worked ever-endless hours and no more Teresa to help ease the pain.

But, soon I found that Disney characters cavorting on the television set pretty much guaranteed long stretches between demands for juice or Cheerios. I discovered I could write headlines from the playground bench, as long as I tossed in an occasional “Atta Boy!” to show I was still paying attention. And, I learned that talking to a client through a closed bathroom door only made the kids scream louder.

I found that converting a bedroom to a playroom meant a lot less mess to clean up in the living room. I discovered that skipping pages made bedtime stories go faster. And, I learned that my kids would eventually forget that popsicles and grape juice existed if I simply stopped buying those stain-inducing products.

I found that being the PTA president was perceived as a good mom move. I discovered that points were won for running the book fair, picture day and teacher appreciation luncheons. I learned that leaving my kids home with a babysitter while I sat on a committee was a whole lot more fun than battling bedtime.

I found that as I picked up more and more volunteer jobs, I took on less and less paid jobs. I discovered that a color-coded Excel sheet was the perfect way to keep on top of myriad activities. I learned that packing lunches the night before, choosing next-day outfits before going to sleep and banning the existence of anything sticky, sloppy, muddled or messy made for much smoother sailing.

I found that I could be an ultra-organized human being. I discovered that there was value in being over-involved in schools and sports and church and community. I learned that driving a minivan with three rows of seats did wonders for “he’s touching me” control, but was oh, so much quicker to fill with wayward waifs than a four-seater sedan.

As I traveled the bumpy road through motherhood, I found that the Old Minivan got us from Point A to Point B and that stops at Points C through Z were a given. I discovered that I was pretty good at juggling tasks. My kids were clean. My kids were fed. And my kids were never, ever late.

But, what I learned, far too late in the game, was that I was no longer a fun mom.

It’s hard to be fun when you’re worrying more about getting there than you do about being there. When you’re thinking about cleaning up while you’re still making the mess. Planning for bedtime when it’s not even naptime. Or focusing on efficiency instead of embracing spontaneity.

When I see young mothers laughing their way through parenthood, posting This is Us pictures on Facebook and switching to Plan B right before my very eyes, I actually feel a little bit sad. And so, last night I group-texted my kids.

“Can you guys come up with any fun mom moments?”

There was no response.

Really? Nothing? I texted.

Well, if nothing else, I taught them empathy.

Slowly, but surely, they started sending texts reminding me of the day I chased them with a wooden spoon. When I entered the Z100 Minivan Burn Rubber contest in the Pathmark parking lot. And the one and only time I actually suggested pulling out the boots and gloves and hats and scarves and big, bulky coats and extra socks to go sledding down the hill in the backyard.

They recalled how much fun I was when I worked in the canteen at the Little League field and would sneak them free fries (that, unbeknownst to them, I paid for). How I convinced the father that the trip to Jamaica with the Hargraves and Santostefanos and Merrigans and Ruscingnos was a once-in-a-lifetime opportunity, which in fact, turned out to be just that. There was the Nutcracker and the Radio City Christmas Show and a mother-daughter trip to Disney World on which we turned to each other after two hours and said, “Let’s get out of here.”

There was the time I walked the daughter to the piercing pagoda in the local mall and then said, “Just kidding, you’re still too young.” The rare occasions when I’d spring for a mid-day ice cream break. The pumpkin picking trips. And the trillions of times they’d get in the car, subjecting themselves to my original melody, “Seatbelts on so you do not die. Seatbelts on so I do not cry,” especially when Koree was with us because he would never, ever buckle up on his own.

Though I may have had to beg for them, these few and far between memories did, in fact, prove that there were moments in time when I was a fun mother. And that placated me.

But, that mind of mine can never leave well enough alone. I immediately started wondering just how fast and furious those texts would have come had I posed a different question.

“Can you guys come up with any non-fun mom moments?”

But, if I’ve learned one thing through all these years, it’s to never, ever ask a question if you don’t want to hear the answer.