I love my kid more than you love yours 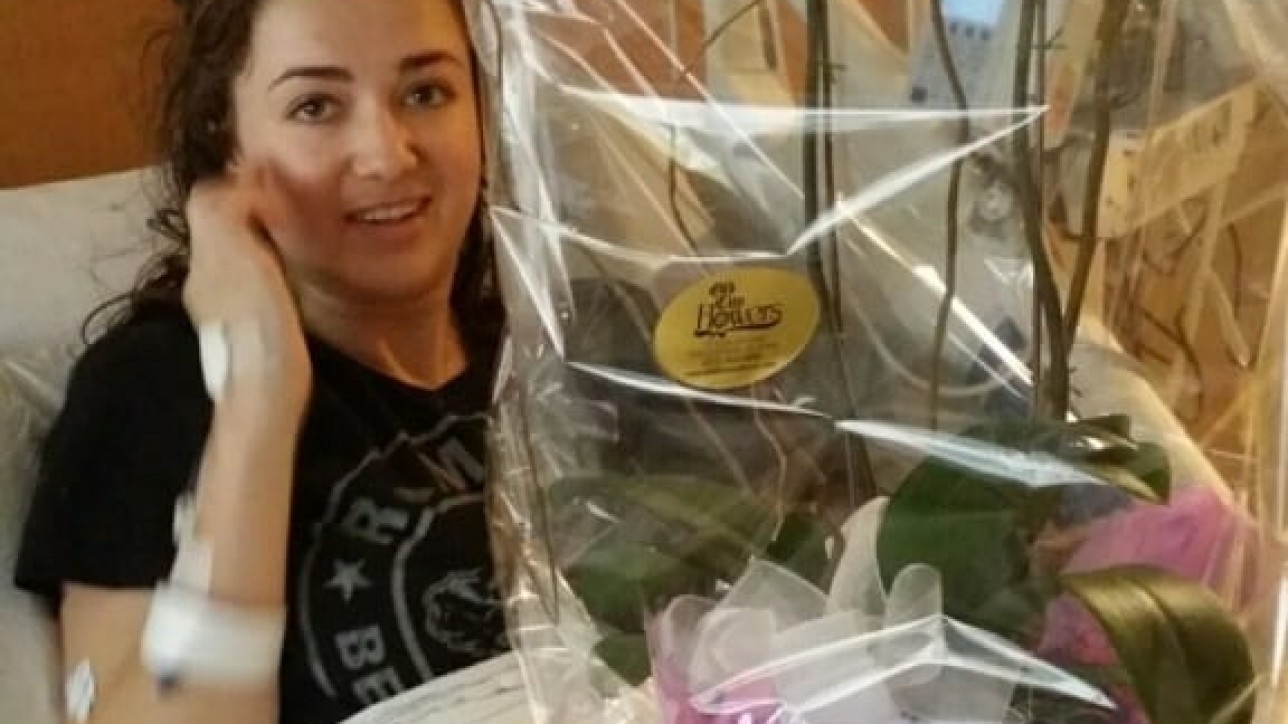 “Slept two in a bed with Lana last night,” Madge messaged during our early-morning Words with Friends game.

“Are you kidding me?” I responded. “My daughter would rather die than sleep in a bed with me. Especially a hospital bed. A single-sized hospital bed!”

Poor Madge got word that her daughter had gone to the ER with a horribly high-fever and nausea-inducing infection. Without thinking twice, Madge got in the car and drove the hundred miles to be with her. Lana is a soon-to-be 25 year-old. She is a college graduate. She has a boyfriend who lives in the same city. She has a job. And she has managed to successfully navigate the perils of North Philadelphia. On her own.

Yet, her mother dropped everything to be with her. And then, went so far as to sleep in the same bed with her in the hospital.

My friend Jean loves having her three kids around. She cooks dinner every single night and thinks I’m absolutely crazy to have allowed my offspring to go to colleges in North Carolina and California. She was baffled over my qualmless approval of my daughter traveling alone through Thailand last summer. And wondered how I could sleep at night when she went to Cuba, leaving me no itinerary, staying with random families along the way. With no phone service for a week.

She doesn’t have to say it out loud. I know what Jean’s thinking. What kind of mother would actually encourage that kind of precarious wanderlust?

My friend Claire raised four boys who never knew what it was like to go without. She put her kids before everything else in the whole wide world. She made their beds, packed their snacks and sorted their smelly sports equipment for years and years. She gave them the shirt off her back, the first and last licks of her ice cream cone and the keys to her Mercedes. She traipsed through Disney World dozens of times, set up dozens of dorm rooms and washed dozens of bath towels on a daily basis. She never ended a phone call without saying, “I love you.”

Theresa rolls her eyes when my friend Karen and I admit we do our grown kids’ laundry when they’re home. She cringes when we make them lunch and mocked me for years as I drove the old minivan around in circles for hours, picking up wayward kids and depositing them on different fields in different towns. Sometimes in different states.

On Easter Sunday, I yelled at my friend, Michelle, because she was insisting that her daughter attend a job fair. Going to the job fair would mean that poor, deprived Alyssa, who will be graduating in May, would miss one of the last big college shindigs. Of. Her. Life.

“Mom!” the daughter wrote in one of her inane texts after the series finale of Girls. We watched together, a time zone apart, as the main character, Hannah, tried to get a grip on motherhood. “You didn’t even try to breastfeed me?”

“Haha!” she answered, thinking I was kidding.

I’ve never been anything but completely honest about my parental limitations. I’ve experienced great surges of pride only to have them plummet into overwhelming feelings of guilt. I’ve believed I was absolutely, without-a-doubt right and found out I was so incredibly wrong. I’ve picked my battles and lost, and chosen not to fight and won.

But, so has every other mother out there.

Yet, throughout this long and grueling parenting process, I’ve known many a mother who gets a sick sense of satisfaction when someone else’s child receives an Ivy League rejection, is cut from the cheerleading squad or lands themselves on the local police blotter.

And then there’s Madge. Ever since our daughters were born six months apart, I knew I could count on her to pull me from the depths of my doubts. She always told me what a great job I was doing, how much my kids loved me and how much I seemed to love being a mom. Of course, she never witnessed my day-to-day undoing, but hey, everyone needs a Madge in their life. 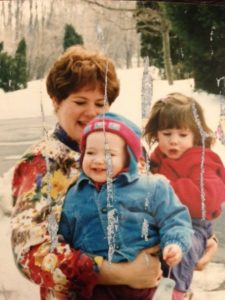 My friend Madge knows how dumbfounded I was over the two-in-a-bed incident last week, and that I was surely internalizing the guilt-filled question of whether I loved any one of my children enough to ever cuddle up with them in a single-sized hospital bed.

“It’s just different,” she assured me. “After all, your kids grew up with a mom who didn’t like her feet being touched.”

Which, naturally, opened up a whole other level of guilt.

But still, it got me to thinking.

While Lana has returned to work and is surely back to ignoring her mother’s annoying texts, snapping at her healthy living suggestions and rolling her eyes over her totally bogus relationship advice, they will always and forever have that night in the hospital.

And as good as a mother as that makes Madge, it doesn’t make me a worse one.

Even if I would never. 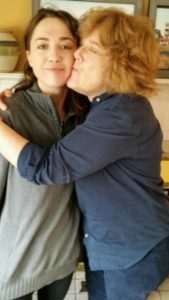