If I’m Right, Are You Wrong? 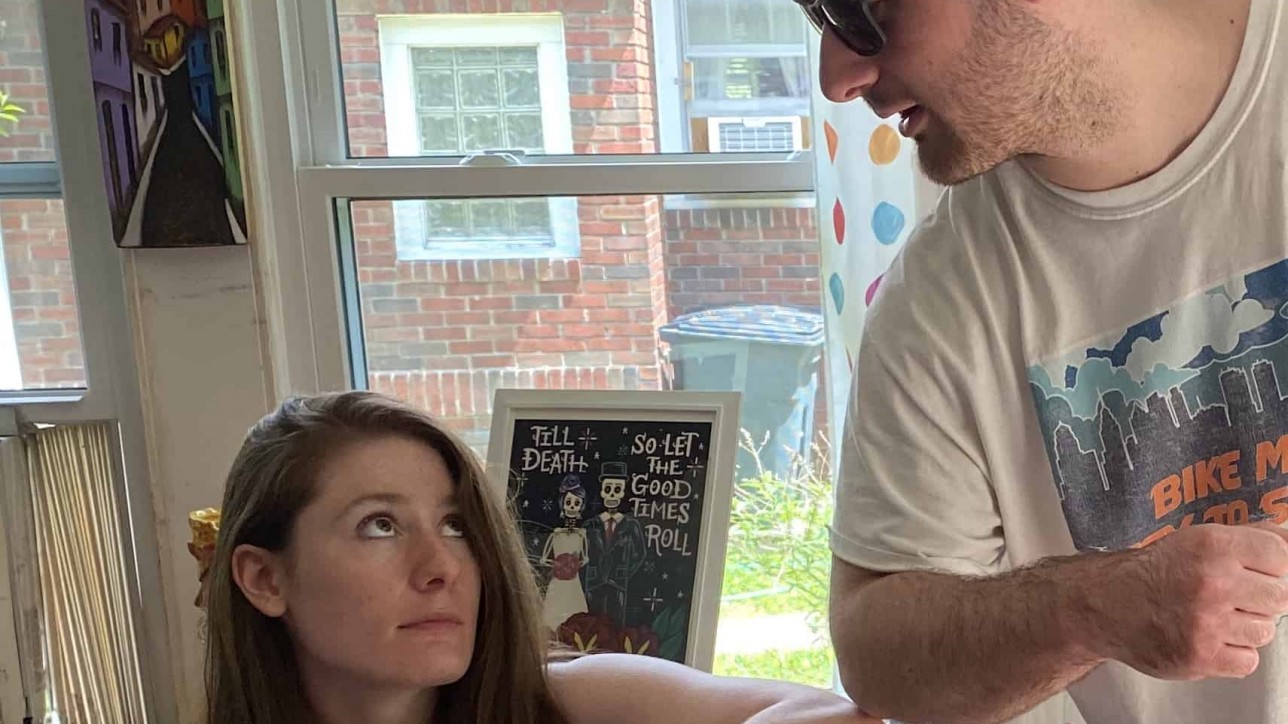 “Sorry,  but I can’t discuss this with you anymore because you don’t seem to care if you get it and that makes no sense to me,” said my friend, who shall go nameless, lest she get even more annoyed with me.

Her reaction came amid rapid-fire emails, mine declaring that I’d go to the beauty parlor tomorrow if I could, hers saying she doesn’t wear a mask when she’s walking.

“How can you not wear a mask?” I questioned incredulously. “I would be so embarrassed if someone like Lyn Familant yelled at me. For me, it’s as much for optics as protection.”

To which she responded, “That’s what I mean. You’re only wearing a mask for optics.”

“But you’re not wearing one at all.”

We went on like that for a while and then I moved on to thinking about my sister who lives in Charleston. She never stopped cooking at the homeless shelter or working at her estate sales job or shopping at the local Walmart. She doesn’t have multiple masks dangling from her rear view mirror, plastic gloves stuffed in her purse, or experience lung lunges after watching the news. She doesn’t watch the news. She lives alone and figures it would be more pleasant to die without knowing what hit her.

I got a text from Don last week, asking if I’d be interested in a Thanksgiving cruise. Don is my new BFF with whom I drank heavily on our Corona Cruise in early March. The last ship that sailed to the Caribbean before we all got landlocked.

“Though my ever-loving spouse is fully onboard, or at least resigned to my annual cruise,” I answered. “I can’t go away on a holiday until I’m a widow. Or a divorcee. But, February 2021, sign me up.”

That’s less than a year away, another friend gasped. You are Insane. With a capital I. But, I’ve survived noroviruses, choppy seas, gypsies, and now COVID. I’m not alone on this one. The cruise forums are chock full of people champing at the bit to get back on the high seas. We’re a different sort, we cruisers.

I have a friend who drove her aged car 450 miles to meet her new beau in an Airbnb. Again, no names, no shame. I cringed, not at the thought of infected sheets, but of her plan to never leave those sheets all weekend. I’ve obviously been married far too long. The same friend suggested getting my hair cut outside to lessen cross-germination. Said friend has long locks she can pull back or plop on the top of her head. She does not have hair that grows outward rather than downward, strongly resembling Bozo the clown. Thus, the beauty parlor would never be on her priority list. Nor would she ever call it a beauty parlor.

Every year, four of us meet in Maine at our friend’s beach house in June. We’ve been holding onto the hope of being able to rendezvous in a couple of weeks.

“You’d get on a plane?” a friend admonished. “That’s absolutely ridiculous. Maine will be there next year.”

This is a friend who is deathly afraid of flying.

My theory is, it’s probably safer now to fly or cruise or stay in a hotel because they are all so afraid of law suits, and (there’s that word again) optics, that the physical spaces will be cleaner than ever. If I wear a mask and they wear a mask and I wrap myself in a scarf and I sanitize my hands every four minutes and don’t touch my face for a week…

Alas, it can still get into your system through your eyes. And hair follicles. And toenails.

Well, I could always drive. But, the girls coming from Atlanta and North Carolina would surely contract the virus on their filled-to-overflowing puddle jumper planes and we’d all swap germs anyway. Though, if hydroxychloroquine works, it’s possible that an overabundance of bourbon and Tito’s would also do the trick. As the conversation grew more and more contentious, I admitted that it was a moot point and that we weren’t going anyway. Maine isn’t letting out-of-staters in. Or if we get in, we might never get out.

I have a friend who has yet to leave her house. She has had food, and wine, delivered for the past 10 weeks, with no plans to set foot in Shop Rite. Ever again. I have a friend who doesn’t wear gloves in the grocery store because he said it doesn’t make sense. Another, a non-essential worker, wears an N95 mask. One who bleaches her kitchen regularly. One who volunteers at a food bank and several who courageously go to work every single day, because they are first responders.

I have a friend who has vowed to go to the Jersey shore the day the beaches open. Another who will go to the movies because the seats these days are so far apart. I know people who have played golf since the get-go and one crazy soul who is sending around a petition hoping to convince the ultimate umpire to allow the high school baseball season to go on.

I have a friend who is still hoping to get to that Elton John concert. Another who is keeping fingers crossed for a late July wedding. Some people have invited all their adult children home, including significant others, for the duration of the quarantine. And, others still sit six feet away from theirs in the driveway. I have friends who have not seen their grandchildren, and others who are babysitting so the parents can go out into the world.

I have a friend who had her elderly mother sneak out of her apartment, meeting in the woods behind her retirement community. I have a mother who won’t let anyone in her house, though she will sit ten feet away from my sisters and neighbors in folding chairs in her garage.

Some out there haven’t so much as wanded a mascara brush over their lashes, pulled on a pair of spanx, or color-coordinated their earrings. While others are primping to the hilt, just in case. Half the world complains about over-eating, over-drinking, and over-thinking while the other half exercises to excess, hasn’t had a sip of alcohol since the farewell toast aboard the Celebrity Edge, and limits chocolate to a pound a day.

Some people I know can’t wait to get back to their offices and others would rather lose their job than ever ride on NJ transit again. I have friends who love to zoom and others who roll their eyes at the mere suggestion of spending 40 minutes, or God forbid, more, trying to figure out virtual talking-in-turn etiquette.

I know people who immediately broke the rules and crossed county lines to quarantine in their vacation homes and others who won’t defy their governor and thus will lose a summer of rental income. I have friends whose kids have missed their graduations, weddings, and last great sports chances. One who had a had a small birthday party of 12 for her 20 year-old daughter and others who won’t sit in their neighbor’s backyard for a socially distant cocktail.

I can tell you exactly who would stand in line for the grand reopening of the gym and who has cancelled their memberships. Forever. There are those who conduct maskless, multi-family visits on their front stoops, and those who claim they haven’t seen another soul in ten weeks. But, does the friend(s) they walk with count, if they’re doing it responsibly?

I talk back and forth with friends about whether we should get tested. Some say why bother if you’re asymptomatic. Some say that’s when it’s most important to know. One friend got the antibody test that came back negative, when it clearly should have been positive. One had multiple tests with multiple results. Some say if they knew they had antibodies, they could finally relax. Others say there’s no proof that you can’t get the virus again, so getting tested would just cause complacency. And, then there’s the whole moral question of, if you’re positive, but asymptomatic, are you really going to isolate for two weeks, or will you venture out, just that once?

Despite what I say, I’m a rule follower by nature. And, if the rules aren’t strong enough, my guilt takes over. The problem is, it’s hard to keep up with the ever-changing rules. And harder still to keep track of which rules are yours and which are mine.

And, neither Dr. Fauci, President Trump, nor our hairdresser knows for sure.