Is it Here Yet? 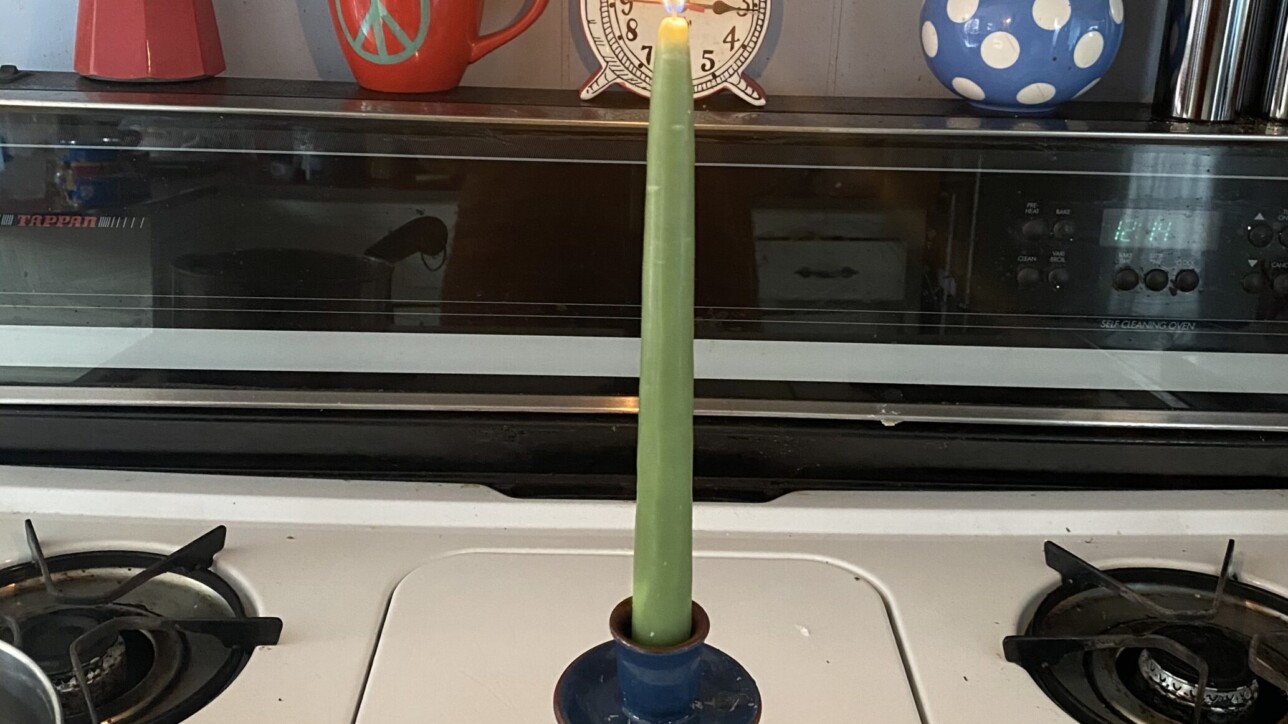 I don’t know about you, but I’m kind of Covided out. Yet I’d feel somehow remiss ending the year without writing one more Coronavirus missive.

I can only recall feeling sheer unadulterated terror three times in my life. The first was in the final days of my first pregnancy, knowing that the permanency of motherhood was not only imminent, but irrevocable. The second was on the morning of 9/11 as I sat on a plastic-backed chair in a waiting room of a car dealership, watching as crashing airplanes changed the world. And the third time was this past March when I found myself on a cruise ship – despite Dr. Fauci’s warnings, despite my ever-loving spouse’s pleading, despite the Covid outbreaks surging at sea. But it was still all so new then. Who woulda thunk that each day of vacation would bring a new, terrifying story of shudderings and shuttings back on dry land?

Since we were all in the same boat, we coped as all avid cruisers do. With an umbrella drink.  And another. And another. Until we were tippsily sure we were safe and sound. Though no matter how many umbrellas we collected, we never passed a Purell station without taking a double shot.

We were the last mega-cruise allowed to set sail – unbelievably, to this day. We were the sole ship given permission to dock in St. Maarten that week because we were the only one with a completely Covid-clean manifest. I bought two silver bangles, at full-price, from a shopkeeper in Philipsburg who was petrified, knowing her business relied completely on cruise ship traffic. I’ve never taken the bracelets off.

I’ve been on many, many cruises but this was one to remember. I’ll never forget the buddies we bonded with on that roller-coaster of fear and fun, with all conversations eventually turning to Covid. Throughout the week, March Madness was cancelled, the NBA shut down, schools, casinos, bars, gyms, and hair salons were closed. Every day brought more chaos and uncertainty. I remember my gut sinking when I got the text from my friend, Janice, telling me her husband and his brother were both in the hospital. I remember how, with each passing day, we came to believe we were safer at sea than at home. But most of all, that cruise will be forever etched as a scar in my heart as it was the last one with my soul- and shipmate, Patty.

Because, by October, Patty was dead.

When I arrived back in New Jersey, I learned that my little town of Teaneck, whose claim to fame was that it was the first in America to voluntarily integrate its schools, was now known as one of the first to voluntarily quarantine its residents. I had returned to the epicenter of Covid-19 where toilet paper shortages and restaurant closures were the least of our worries. Our friends were sick. Our friends were dying.

It was a really strange and scary year, especially back in March and April. I kept lists. A lot of lists. Lists of how many miles I walked. How many hours I biked. How many friends got sick. How many friends were hospitalized. How many friends died. And, in my trusty moleskin planner, I kept track of everything I did in 2020. You know, just in case it was needed for contact tracing. Or my memorial service.

Never in a million years would I have thought that late-February dinner in Maplewood with Tom and Jackie Shea would mark one of two times I ate indoors in a restaurant. The second was in October when my sister, who I hadn’t seen since Christmas, came up from Charleston. We couldn’t eat outside because it was raining but found a restaurant with a high-ceilinged atrium and wide-open windows. We shivered through our shellfish, but no one got Covid.

Never in this friend-craved life of mine would I have thought I could count on two hands the number of times I socialized this year. We had only two back deck dinners with the Santostefano’s. In the best of times, we eat and drink them out of house and home, sharing a second Thanksgiving dinner cooked up by Jean, watching 4th of July fireworks with them, celebrating Christmas together, and spending the past umpteen New Year’s Eves bemoaning the fact that we “have” to go out.

We had a couple of New York City, grab-a-slice and go meals on the sidewalk, and a lovely Indian summer dinner outdoors with the Riverols and the Pintos. In real life, I hate to eat outside, primarily because my extra cup of ice melts too fast. But, desperate times…

Monthly lunches with Ann and Gail were replaced with one single outdoor gathering at which Gail replicated our 101 Pub salads. She continues to feed my spirit by leaving containers of homemade tzatziki on my front porch.

We couldn’t have a 95th birthday party for my mother, but I was able to spend a lot of days on the Daisy Lane Deck with her and two of my sisters.

I haven’t seen Karen and Theresa at all.

Yoga with Ann and Holly and Kathy somehow didn’t translate to the screen. Maybe because I couldn’t hear them breathing. So up until the beginning of December, which also marked the beginning of too cold even for the fire pit weather, the four of us bubbled together to grouse and gripe and share Covid war stories. Because it always seems to come back to Covid.

In a normal year, I go away at least half-a-dozen times, often twice that many times. Since Covid, not counting the cruise because the cruise was technically pre-pandemic, I’ve slept outside my home exactly once. We canceled our annual jaunt to Maine, but in the middle of July in the calm after the storm, which turned out to be the calm before the storm, four of the college girls met at Jeanne’s in Pennsylvania. We sat somewhat distantly at her sprawling picnic table, getting closer and closer with every bite. But we all made it out alive, and the risk was well worth the reward.

We were invited to four weddings in 2020, none of which happened. Two of the couples got married on the date they had planned and all four will celebrate or re-celebrate in 2021, hopefully without masks.

I walked and walked and walked, air pods tuned to all-Covid, all the time, news channels. I had a constant loop of doom and gloom going in one ear and not going out the other. But as the new normal normalized, I found my diversions. I started borrowing audio books from my library and always had at least one book beckoning me by my bedside and another one encouraging me to walk — just 1,500 more steps — to get to the end of the chapter. I read or listened to 48 books this year, with The Heart’s Invisible Furies, Daisy Jones and the Six, The Great Believers, and The Rules of Civility topping my list.

I watched tons of TV. I even taped the Trump press conferences because the needler in me loved to see how long it would take before the journalists made him blow. I flipped back and forth from MSNBC to CNN to FOX to see who was saying what, and why. And, then I stopped. Not completely, but I scaled way back.

Instead I began binge-watching. First Ozark, then The Americans, both crazy plot-twisting shows that made our current situation seem somewhat sane. My friend, Peggy, had been telling me for years to watch Schitt’s Creek. But, I don’t like nonsense, so I refused. When I finally gave in, I found it was indeed nonsense, but genius nonsense, and will go down as one of my very favorite shows ever.

I went from being alone in my big, old house with my hard-working spouse gone for 12 hours at a stretch, giving me the freedom to write at will, take my shower in a not-steamed-up bathroom, and eat my salad greens (and secretly-stashed chocolates) without an audience, to a life of the spouse, the youngest child, and I together. All. The. Time.  But we’ve taken tons and tons of day trips, exploring the Hudson Valley, Central Park, and other hidden gems — something we haven’t had time to do since our kids were contained and constrained in car seats.

The daughter comes and goes from Brooklyn, getting swabbed more regularly than she does laundry. The middle one visited once, demonstrating our conflicting definitions of Covid caution. When California shut down again, New Jersey ramped up again, and everyone and his brother begged the country not to travel, he/we decided to keep him on the other coast for Christmas. I mailed him and his girlfriend, Taryn, a huge box of presents on December 14th. They have yet to arrive.

My weekly mahjong games with Susan and Janice have been tabled. My book clubs, church services, work meetings, and writer’s group have been relegated to Zoom. I miss my college girl weekends. Vacations. Weekend at the Woolley’s. Restaurants. Chapel Hill reunions. Thanksgiving in Pennsylvania. Claire at my kitchen table. Leo’s friends sneaking in the side door. And yes, even yoga.

I snickered as I pulled a fresh bayberry candle out of the kitchen drawer this morning, wondering if perhaps last year I had forgotten about this family tradition that is reputed to bring good fortune and good luck.

But then I remembered rushing out of the house after cocktails with Jean and Tom on our way to dinner at Amarone’s last New Year’s Eve. Jean chided me for leaving a lit candle, knowing my fear of fire. I explained that it was bad luck if you didn’t let it burn to the socket and simply moved the candlestick to the sink as my mother had always done. When we arrived home in the early hours of the new year, it had burned out.

As I light the bayberry candle this afternoon, it occurs to me that it did do the job last year.

Losing Janice Preschel and Phil Pinto and so many others to Covid seems so surreal. Jack Peters and Phil Rodgers’ deaths still hurt my heart. And the pain of losing Patty feels like it will never go away.

But despite all we have lost, all we have given up, and all of the ways the world has changed, all of us, and all of you, still have the good fortune of being able to burn the midnight oil into 2021.