Just Another Shot in the Arm 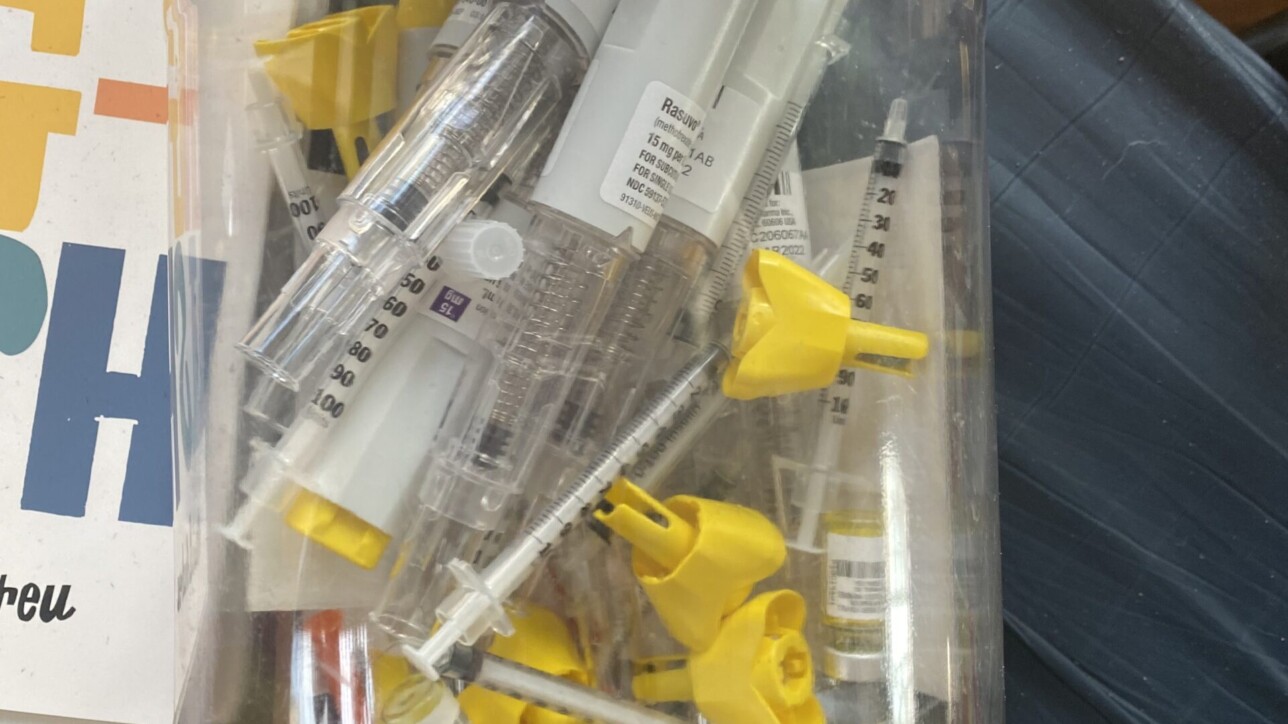 I wouldn’t call myself an anti-vaxxer. Rather, it’s probably a case of being more like our former fearless leader than I’d care to admit. I have an irrational aversion to projecting weakness. I’ve barely had the sniffles in the last decade, let alone the flu, shingles, whooping cough, or anthrax. So, why would I bother with all those unnecessary vaccines?

Now, my kids, they’re a different story. I offered them up as guinea pigs the day the chicken pox vaccine came out, friends and foes decrying, “Your future grandchildren will be born with two heads, four arms, red hair!” I later had them all shot up with the brand-new HPV vaccine despite other parents declaring it permission for promiscuity. If a vaccine was covered by insurance, my kids got it. After all, if they got sick, it would be I who would have to deal with it.

Ten months or so ago, I was a soldier in the “I’m not getting a vaccine” camp, even though I knew far too many people who had been stricken, or gulp, died from Covid. It was an easy proclamation to make because, back then, I thought I had half-a-decade before I’d have to think about getting, or not getting a vaccine.

Yet, here we are.

And there I was. Years – let me repeat – years away from 65th birthday, perched at my computer, searching websites, registering, re-registering, filling out forms, refreshing browsers (plural), for hours on end in hopes of landing the coveted Covid vaccine appointment.

Thanks to the Kathy and Jean’s in my life who would text me with “Go on NOW. The website’s live!,” I miraculously succeeded in getting my shot-in-the-arm last week. Because I am who I am and can’t keep anything to myself, I did what everyone else was doing and immediately posted when I became a card-carrying member of the first dose club.

But, in my excitement about being one step closer to cocktails on a cruise ship, I forgot about the emotions that Covid unleashes. While I’m basically a rule follower, I’m also an instigator. The kind of instigator who encouraged Madge and Debbie to shoplift earrings from Korvette’s back in high school. Something I clearly supported, but would never in a million years do myself. The same kind of instigator who would rally friends and lovers to do everything in their power to get the vaccine whether they’re technically eligible or not. Yet I’d be way too sheepish to jump the line myself.

In answer to all the read-between-the-lines Nice to take it from a 90-year-old with COPD kind of comments, no I’m not 65, but in my state I am “legal.” I have my share of qualifying underlying conditions, any of which I would gladly trade for a waiting another month or two for the shot.

So no, I don’t feel guilty at all about getting it.

What I DO feel guilty about is all the people I may have infected before I got vaccinated.

Now, I know we don’t know what we don’t know, but if we go with the science like my friend Mr. Fauci suggests, then somewhere along the line, I unknowingly and asymptomatically contracted the coronavirus. In August, I had my first Covid and antibody tests, both of which were negative. In December, still no Covid, but came up positive for antibodies. Six weeks later, positive again for antibodies.

I haven’t taken a whole lot of risks, though Covid has re-defined and re-categorized the term, making it mean different things to different people. I’ve so envied the posts and pictures of happy brides-to be at bachelorette parties, Tom Brady fans boomeranging beer mugs in indoor bars, and friends visiting loved ones, here there and everywhere. I’ve rolled my eyes at those who spent Christmas with their immediate bubble of 30 and those who rented an upstate Airbnb with a dozen of their closest and pre-tested (yeah, right) friends. I’ve wanted to be that babe on the beach, that throw-caution-to-the-wind chick, that invincible younger version of myself.

And so, I’ve plodded along day after day, washing my masks, zooming my social fix, logging steps on my Apple watch. I binge my Netflix shows, add books to my Goodreads page, and dream of the day I can eat in restaurants, go on vacations, and kiss random strangers.

Though somewhere, somehow, it seems I picked this thing up. But when, where, how?

And so, the sleuthing begins.

Was it that jogger who hocked up a loogie as I passed him on Queen Anne Road? That woman who sneezed as I stood obediently in my six-foot-apart circle at Home Depot? The daughter who came home for Christmas albeit with a negative test result? One of the aforementioned, but nameless Airbnb renters? The hygienist who scraped my teeth? The plumber who snaked my 100 year-old pipes? My sister on my mother’s back deck? The receptionist at the doctor’s office? The doctor herself? At the gym that I deem safer than my own house? The backyard, four-person birthday party? The friend of my son’s I hugged at Votee Park just because it seemed righter than wrong?

“You watching Sound of Music?” my sister, Emily, texted the other night. “Your song is on.”

Emily remembers everything about me, including lyrics I’ve long ago forgotten I loved.

But, because I’m years – let me repeat – years away from turning 65, I still have glimmers of memory intact and knew exactly what she was talking about. But it probably has less to do with my cognitive and more to do with my innate understanding that despite those underlying comorbidities, those yet-to-be obtained life goals, those kitchen cabinets that don’t close – for some strange reason, I keep coming out on top.

But what, Julie Andrews, what?

The only thing I can think of is rescuing Tiny Tim, that teeny-tiny tabby cat of a kitten that Margaret and I found on Woods Road, way back when. We saved him from the elements, protected him from the wildebeest, loved and cared for him for two full days. Until, of course, he was subsequently eaten by the family pet, Pongo, when someone unwittingly left the garage door ajar.