Just Go Ahead and Buy the Reefer 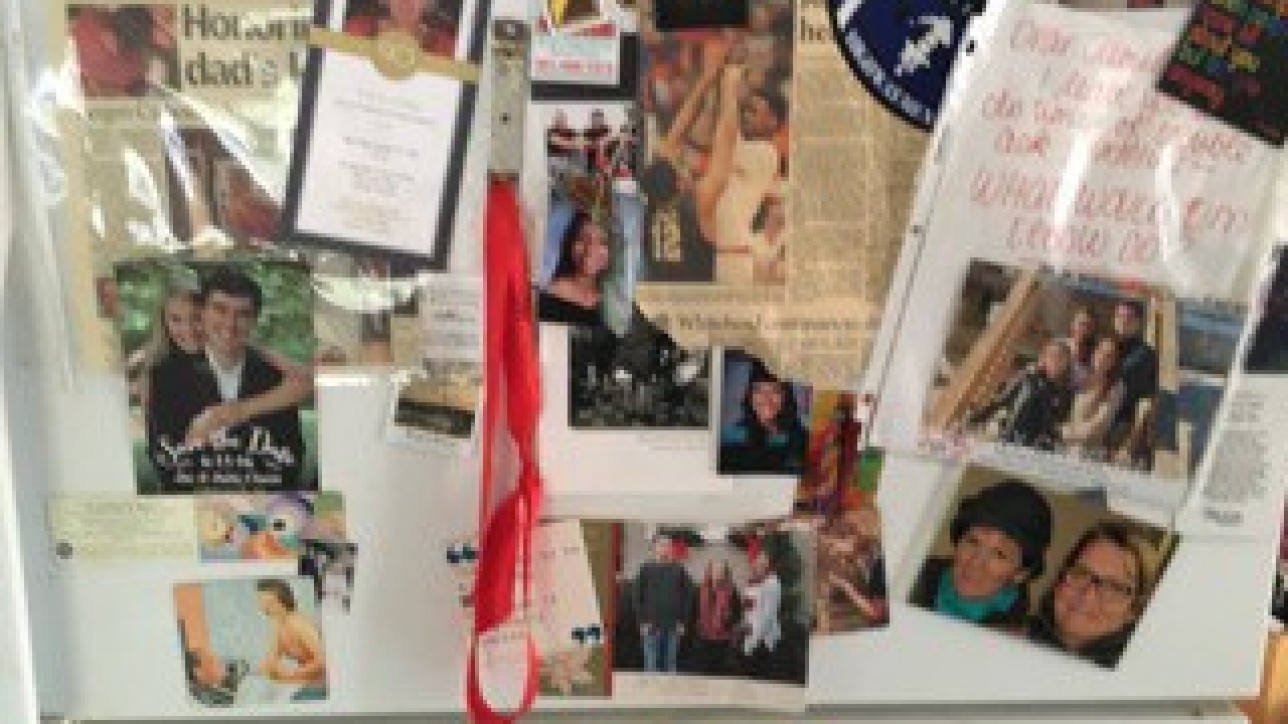 When we moved to a new and improved house across town eleven-and-a-half years ago, I pulled off the great refrigerator caper. I bequeathed the old and cruddy reefer to the new owner of the old and cruddy house. I then relinquished the side-by-side refrigerator that came with the new house out to the garage and purchased a new, white freezer-on-the-top (which was still somewhat fashionably acceptable) to reside in my new red-countered kitchen.

However, the real reason behind the refrigerator swap was that more than anything, I wanted an ice maker. But, feeling somewhat unworthy of such an extravagance, I bought the cheapest model I could find.

And, as they say. You get what you pay for.

It didn’t take long for my favorite feature to die, leaving me to fill eight, yes eight, ice cube trays every single day. And, while I am admittedly prone to embellishment, those who know me can vouch for the authenticity of that icy statement.

My anger and guilt kept me from putting another red cent into my poor purchase and soon found myself taking on do-it-yourself projects such as repairing the cracked vegetable drawer with red duct tape and jimmying the door-shelves so that ketchup and sweet gherkin bottles would no longer slip through the bent metal guardrails and crash to the floor. I regularly rotated produce from the back of the refrigerator to keep it from freezing which left us with exactly half the cooling space we paid for. Finally, last year, something somewhere inside broke and the freezer began filling with water. That promptly turned into ice. That had to be hacked away with a sharp object. That went flying in shards to the floor, causing puddles and problems I was no longer willing to live with.

And, so for months, I researched refrigerators. I renewed my online subscription to Consumer Reports. I went from Home Depot to Lowe’s to PC Richard and back again. I measured and remeasured. I debated top freezer, bottom freezer, French door, four-door and the good, old side-by-side models.

But instead of making a purchase, I just kept picking away at the ice in the freezer. Emptying the bowl in the back of the refrigerator where, when I didn’t hack in a timely fashion, water drip, drip, dripped until it overflowed into the cold-cuts and on downward into the fruit drawer. Month after month.

Then one day I snapped. I drove to Lowe’s, pointed at a big, stainless steel, built-in icemakered, bottom door freezer and said, “I’ll take it.”

And from the moment I plopped the credit card on the counter, I started backpedaling in my brain.

I fretted about it not fitting in the space I had measured eighteen times. I fussed about the price. I fumed about having to be held captive, not knowing if I would be at the beginning, middle or end of the four-hour delivery window. But most of all, I wasn’t sure I could live without my memorabilia that adorned the refrigerator door.

I sighed as I took down a slew of Santostefano pictures; Katelyn and Heather’s first communion/last time in church photo, Christmas cards with dead dogs, Heather’s high school graduation picture. And Brian’s. But where was Kate’s? I smiled seeing the Landers kids, happy at the beach, year after year. I looked at Lana and grinned, remembering the fun I had with her mama at her age. I chuckled at Matt Woolley, flanked by his ever-smiling twin sisters, Jan and Claire. I marveled at how young the Preschel boys looked and how proud the Sextons were in that 2014 on-to-college and out-of-college card. I put away Brandon Wimbush’s high school graduation picture knowing there will be a whole lot more of him to come as he quarterbacks his way into the NFL.

I put aside Save-the-Dates for Alex and Nate, Sonia and Phil and Joe and Julie Claire, reliving those ultra fun weddings. I took down the invitation to my mother’s 90th birthday party, the picture of three-year-old Olivia pumping her little legs on a swing and a 2015 Mets’ schedule. I welled up looking at two of Ginny Brown’s business cards I had pilfered from her photo show and shook my head as I removed the college acceptance letter to a school no one attended.

I grinned at my many refrigerator magnets:

I took down the funeral cards. Jason Mejia, Saresh Varky, Chuckles Malone, Taki, Phil Apreda, Sal Formisano and the miniature wedding photo of the Kieliszek’s.  I re-read the newspaper articles about Chris Jones’ basketball season at Pitt, Milan Johnson making buckets at Teaneck High and Anthony Apreda bearing his Tommy John scar at Bergen Catholic, back in the days when he stayed at a school for more than one year.

I removed Koree’s postcard, an abstract drawing of a basketball court, asking Leo to consider transferring to his Connecticut prep school. The picture of Ruby Mather jumping for joy in all her Sugar Plum glory. The torn paper that read Tanya loves Mrs. Betsy in one corner and Taylor loves her more in the other. And the note the daughter wrote before returning to college in 2011: Family — In times of trouble, ask yourselves, What Would Tim Tebow Do?

I set aside the pictures of Amadou, Jordan, Saul and Jaelin decked out in goofy garb. Jamal Williams’ baby picture. The polaroid of the lovely Taryn McDonald. Mike Apreda and Kamal Kendricks’ business cards. Alec DeMattheis’ baseball card and Oksana’s birthday card. I noted how young Coach Fernando and Coach Tom looked holding onto that Teaneck Southern backstop. How handsome Jordan Ellerbee and Danny Pinto looked in their graduation pictures. I wondered where my picture of the female Apreda was and remembered how happy I was when Tanya Sanchez finally brought me hers and placed it front and center.

I love my new stainless steel refrigerator. I no longer worry about what will freeze, what will wilt and how many jars will tumble out. And I feel genuine joy every morning when I’m greeted by an over-abundance of freshly-made ice cubes.

I chastise myself for not biting the bullet and buying the new reefer years ago. But I also realize that sometimes you just can’t enjoy a brighter future until you’re willing to part with the past.