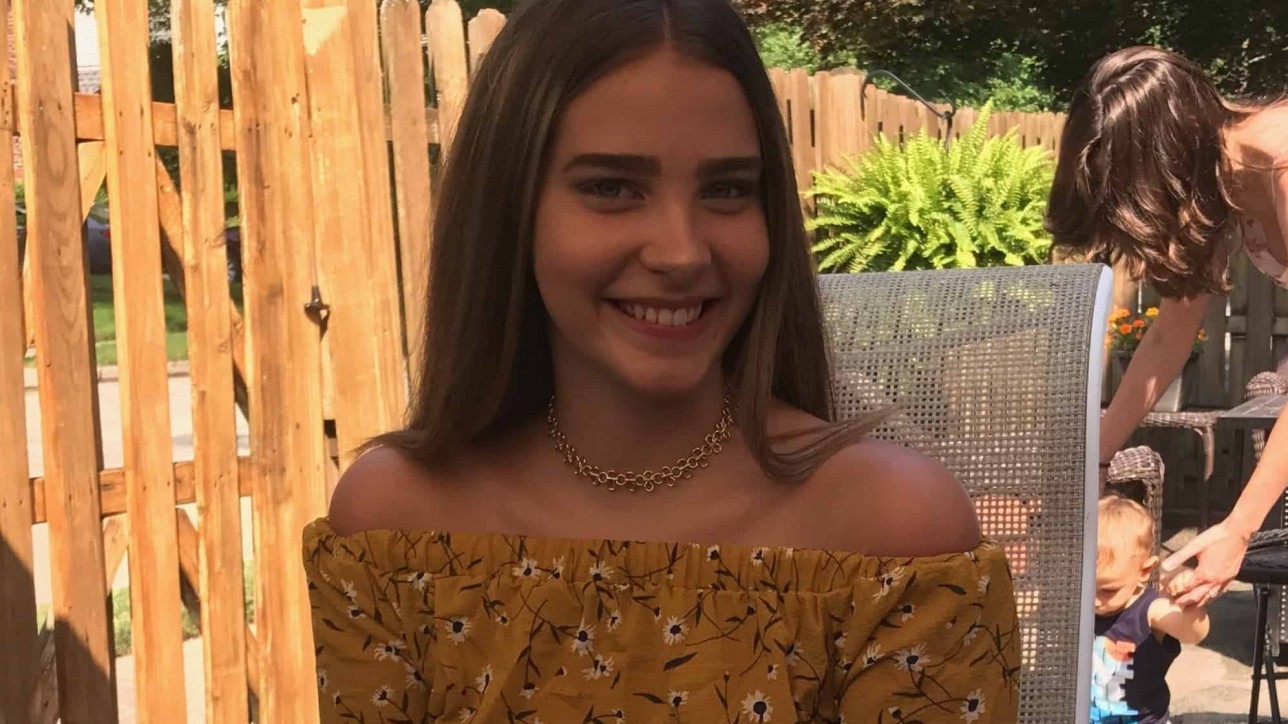 “How did THAT happen?” I asked with bulging eyes when I saw Jean’s bulging belly at Bryant School, some eighteen years ago. We were attending the all-important kindergarten orientation for our still-important second-born children. I had long ago turned Max into a middle child, but was surprised that Jean would do the same to Brian, so many years later.

Jean and I were not yet friends. Our girls were in the same Brownie troop, but that was about the extent of it. We both had jobs outside the home and were in that phase of parenting where simply getting through a day was as much as we could handle. We weren’t actively looking to increase our stable of friends.

But, I’ve always been somewhat filterless and couldn’t help but blurt out my words of flabbergastery, even to a casual acquaintance.

It wasn’t that I thought having a third child was a bad idea. After all, I had lobbied heavily for mine. But, her older two were out of diapers, out of sippy cups, out of cribs, and oh, so close to being out of daycare and safely incarcerated, tuition-free for 13 long, blissful  years. Why, oh, why would anyone put themselves into that position again? And because somehow, I sensed that we’d one day become fast friends, I couldn’t help but think about how this new baby would come to affect me.

As it turned out, Katelyn never had an adverse affect on anyone.

I actually befriended Jean’s husband, Tom, long before she and I became bosom buddies. He and my spouse were both Little League coaches and I spent way too many hours on the stands, followed by dinner and drinks at Geronimo’s with the kids and coaches. Meanwhile, Jean was home doing her babying.

But, before long, little Katelyn was toddling about and big enough to be deposited in the piles of yellow infield dirt that doubled as a sandbox for the ball players’ younger siblings. Meanwhile, her older sister, Heather, and my daughter became the pre-pubescent queen bees of Teaneck Southern Little League.

And once Jean and I started out-embellishing each other with three-time parenting stories and lamenting over how easy life would have been with just two, we realized we had a lifetime of Xanax, bottles of wine and strained vocal cords ahead of us. And that while our six collective children, not to mention our spouses, would bear the brunt of it, there was strength in numbers and solace in commiseration.

From the day she was born, Katelyn captured her father’s heart. That little blond-haired beauty kept him smiling even as he protected her from big dogs, big brothers and big trouble.

But, Katelyn was the last of the brood, so trouble had a completely different definition.

Our poor oldest daughters endured curfews and curses and were watched like hawks. Our somewhat more fortunate second children were allowed out late, were never yelled at and could go to parties without us questioning the parental hosts. And the third children were the luckiest of all. They didn’t get in trouble for anything. Because their siblings or siblings’ friends or siblings’ friends of friends had already slammed us with some version of whatever crime they committed, and somehow, we all lived to tell the tale.

Sometimes, though, our last-of-the-line, look-the-other-way parenting practices teetered dangerously on risky behavior (ours not theirs). Like the time when Katelyn was almost lost at sea in Jamaica or when, had we been paying attention, the gin bottle would still be full. Just kidding on that one, Kate. We know you wouldn’t go so far as to break any laws. Especially not underage drinking.

I thought, having been through three high school graduations and two college commencements with my own kids, that I could simply show up the party with a money-infused card, make small talk with the relatives and wish Katelyn well without feeling a thing. But, when it came time to cut the cake, I found my hardened heart begin to melt.

Because, when I looked over at her patiently smiling as her mother cut the cake and applauded her achievements, I saw someone I hadn’t seen before.

I saw someone who is not only beautiful, but intelligent and interesting. Someone who has empathy and energy and ambition. Someone who graduated not just from high school but from the moniker of being the eternal baby.

Katelyn may be the last in a long line of trials and tribulations but she has survived our scrutiny, our slip-ups and perhaps most annoying, our incessant chatter. I saw for the first time, not a care-free toddler kicking her chubby little legs back and forth in a baby carriage, but a fully-grown young woman ready to tackle the world with kindness and confidence.

And, I saw a baby sister who proved to us, herself and the rest of the world that being last in line is sometimes the perfect place to be. 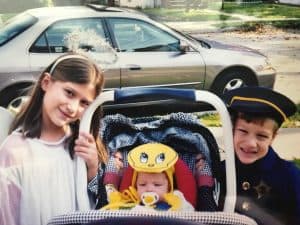