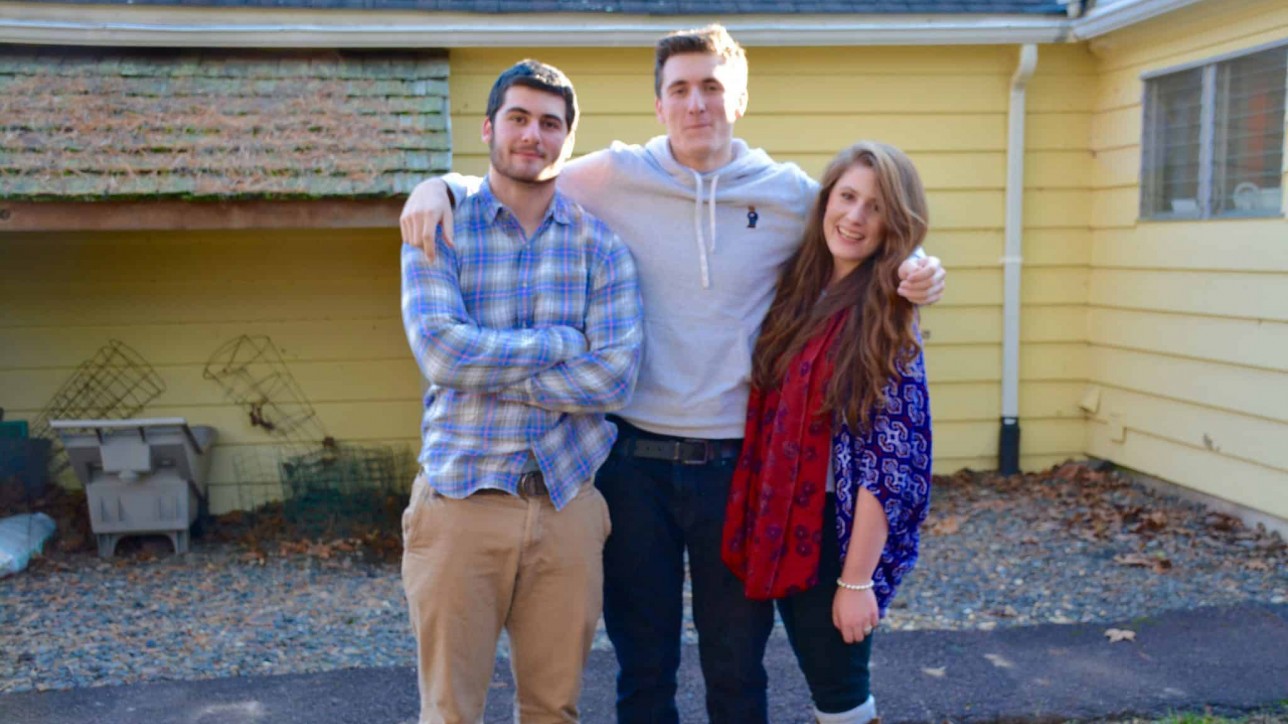 I can spot a dirty dish across a room long before the mice do. I can extract a driver’s license from couch cushions days before its reported missing. I can derail muddy shoes and paws before they’ve sullied the just-mopped floors. I can see weeds in the garden before they’ve even begun to grow. And I can see half-empty water bottles clogging up landfills before they’re removed from cars, bedrooms, bathrooms and bureau drawers.

I’d like to say it was because I had outgrown all those minor annoyances. But, no. The eye doctor had a more scientific explanation.

I had a cataract.

“It could be trauma related,” he said, trying to soothe the blow of being diagnosed with an old person’s affliction.

“Like the trauma of all three of my children moving back home?” I asked.

“I was thinking of something with a little more blunt force.”

I’ve worn contacts forever. And for years I’ve done the monovision thing. Which means that one eye is corrected for distance, the other for close-up. I was one of those mothers who needed to see things crystal clear at all times. Sometimes, of course, it worked against me. But, mostly, it gave me a one-up on what was going on around me, both near and far.

I put up with the cataract for a while, correcting it with stronger and stronger contacts and more and more pairs of reading glasses. And then finally, enough was enough, and I went under the knife.

I’ve had a zillion, or at least a trillion, surgeries in my life. I’m not scared of doctors or hospitals or getting put to sleep. But, cataract surgery is different. Your eyes are wide open for the whole dang thing.

“Don’t worry,” said the surgeon, who’s as adept at slicing out lenses as I am at folding laundry. “You’ll have a drip to keep you calm through the five-minute procedure.”

“Five whole minutes!” I shrieked. “There’s no amount of valium in the world that could keep me from flipping out when I see a scalpel coming at my eye ball.”

To which he simply chuckled and said, “It’s not a scalpel.”

And because I’m tough, don’t like to inconvenience my hard-working spouse, and like to support my local merchants, I took an Uber to the eye removal center that morning. And because they’re really strict about not letting their patients drive under the influence, I had my friend Ann scheduled to pick me up.

As I sat alone in the waiting room with dozens and dozens of other cloudy-visioned old folk, my angst overtook my ability to even play Words with Friends. I watched old patient after old patient disappear beyond the swinging doors, returning 20 minutes later with one eye patched and one arm hanging onto a nurse for dear life.

I checked the so-big-even-the-blindest-could-see clock across the room and saw that it was nearly time for Ann to pick me up. Being one who has an aversion to asking for help, I added fretting about how long my friend would have to wait to my rapidly-intensifying scalpel-induced anxieties.

But with enough pacing and heavy sighing, the front desk eventually realized they had forgotten all about me and sheepishly whisked me through the swinging doors before another old bat knew what usurped her.

“Just a little something to calm you down,” the very kind anesthesiologist said as he jabbed a needle into my vein.

“So I won’t care about the scalpel coming at me?”

“Wow, this amazing,” I said ten seconds later, feeling the only kind of Zen I’ve ever known coursing through my body.

“What’s really amazing,” the very kind anesthesiologist deadpanned. “Is that I haven’t put any drugs in your body yet.”

Well, as it turned out, I didn’t see the scalpel coming at me. And the surgery was as short and sweet as they promised. I was released with a patch over my eye and a refusal to be escorted to the waiting room.

“I’ve walked under the influence before,” I quipped.

It’s been almost a month now and my vision is crystal clear again. Just in time for my once-dwindling empty nest to slowly but surely fill to capacity.

Instead, I’m looking at it through the somewhat cloudy eyes of my children. Who don’t have the foresight or hindsight or insight to see that it’s all going to be just fine.

I reassure the daughter that the best times are yet to come. Even though she’s leaving the most fun place she’s ever lived and returning to her attic bedroom. I remind her that four years ago when she tearfully departed Chapel Hill and headed for New Orleans, she was sure that she’d never, ever have as good of friends or as good of a time as she had in college. But she did. And now, with her creeping ever-closer to old age, I can see clearly that whichever path she takes, she’s going to get where she’s going.

I watch the middle child with a middle-child mother’s eye. I know he would prefer to live just about anywhere but home. In the early morning, I hear his floorboards creak as he dashes to catch the 7:13 into Manhattan for another day of stifled creativity at his desk job. Then, I look at the photos he snaps in his spare time and see that sooner or later, one way or another, he’s going to get the shot he deserves.

I look at the recent college graduate and see my uncertain self behind his beard. I see as his eyes roll in tandem with his exhausted sigh when he reads the indulgent-less father’s chores of the day. I see how a summer on a food truck is much less inspiring than the life he’s been living as a philosophy major. But, I can also see that as he inches closer to figuring out the meaning of life, he’ll discover that his own is filled with purpose and promise.

I see what’s going to happen. There will be move ins and move outs. Good jobs and bad wages. Bad jobs and good wages. Full hearts and heart breaks. And it’s all going to be just fine.

And although, to me, it’s crystal clear, for some reason, I keep hearing one of my wise old father’s favorite sayings doing backflips in my brain.

“I see,” said the blind man when he really didn’t see at all.