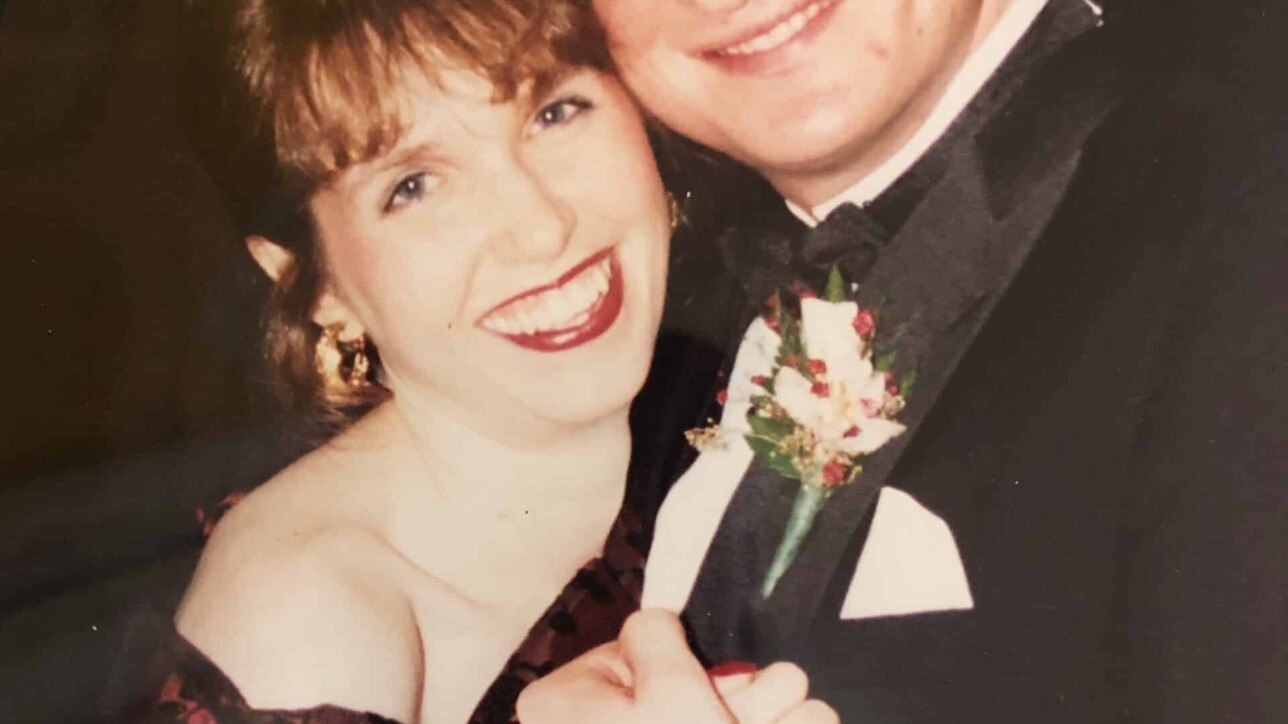 Had there been a 1990 CNBC yearbook, Janice would have surely topped the Most Likely to Stay Friends with Betsy list.

Because our spouses also liked each other, it made perfect sense to be eating ribs and sipping wine with Janice and John Kerswell, in their backyard, in the middle of a pandemic, 30 years later. What makes it notable is that we haven’t seen each other in over twenty years.

We bantered back and forth trying to pin down the exact date of our last encounter.

“I know for sure, you were at my surprise 40th birthday party,” I said. The one that I knew was brewing as I excessively agitated, having spent the two weeks prior (not to mention the two months after), picking lice out of the daughter’s hair and praying that the party was not going to be take place in my small and infected house.

It didn’t. It was in the back room of Vitales Restaurant where I was greeted by 60-some people waving popsicle sticks adorned with photos from various stages of my life. Others held paper fans declaring, “I’m a Betsy fan.”

“But, the last time we really hung out,” Janice said. “Was right after Leo was born.”

“On my way home from meeting him,” Janice continued. “I got this funny feeling and thought I better stop at the CVS and pick up a pregnancy test. Sure enough, that was the day I learned that Ben was in my belly.”

“I know we would have come bearing gifts after he was born,” I said. “My ever-loving spouse would never miss an opportunity to hold a baby.”

It was a shoulder shrug. Maybe we did. Maybe we didn’t. Ben was the caboose of the collective gang, each of their kids born one year after ours. Our offspring are now  28, 27, 26, 25, 24 and 23 years old. We wouldn’t know each other’s kids if one of them stuck an IV in our vein at Hackensack Hospital. But, it didn’t matter. We spent the evening zig-zagging from kid to kid, sharing tales of their successes, setbacks, and everything in between.

It’s quite curious to consider the mark our memories make and why one person remembers in sordid detail that which another has zero recollection. An advantage of not seeing friends for over 20 years is that there’s no shame in not knowing who did what or when or why or with whom. Our collective memories reconstruct our past lives to fit our current agendas.

But, there are some unmitigated truths. Janice and I started at CNBC in the same month of the same year. Her husband, John, loving her enough to want to work with her as well as live with her, encouraged his bride to take a job at the fledgling cable station where he’d been employed since its inception. I had recently gotten married and moved to New Jersey and my spouse convinced me that it would be in our best interests to apply for the secretarial job opening at CNBC, with the hopes that I would rapidly move from fetching coffee to writing copy.

I was surprised to learn that Janice and I only worked together for one year. She left to open a fulfillment center where all the CNBC (and subsequent other companies’) marketing materials and merch were stored, inventoried, and shipped. She wasn’t even 30 years old. I stayed another eight years until the creative services department (yes, I got that copywriting job) was dissolved and repurposed to California. John was there for almost 20 years before getting a dream job at the Metropolitan Opera where he puts his musical and technical gifts into connecting the world to the Met.

Despite not being able to differentiate between Deep Purple’s Smoke on the Water and Van Halen’s Jump until I hear the first lyrical line, the musical genius of the entire Kerswell clan is not lost on me. Besides, my spouse, who I often turn to during The Voice and ask, “Is she a good singer?” assures me, the Kerswells are the real deal. Luckily, they seem to like me regardless of my passive passion for music.

I wasn’t surprised to learn that Janice is now doing some kind of work that I can’t even begin to comprehend. I heard the words analytics and math and engineering and electronics and systems and master’s degrees in data science and plastered a smile on my face to counteract the vacancy portrayed in my eyeballs.

What I completely forgot, never knew, or blocked out in empathetic PTSD, was that Janice, in sound mind and in good conscience, home schooled their three children from start to finish. And finish they did. Every one of them is smart, successful, and seemingly unscathed.

We turned our attention to my hard-working spouse who shared the news stories he sleuthed, the insights he gained, and the political opinions he is loath to voice in keeping with his impartial journalistic persona.

And, then it was my turn. It was abundantly clear that I was out of my element with these smart and talented people.

I tried to make my freelance career sound more meaningful, puffing out my chest and waxing poetic about the websites I’ve written, the essays I’ve edited, the clients I’ve had, the book I won’t finish.

Which launched my litany into how writing a book (fame and fortune included) has been my life goal since Mrs. Dreifus handed the class mimeographed copies of Pokey the Turtle, the story I wrote in kindergarten.

“Finish it,” Janice repeated. “What’s the worst thing that can happen? Give it all you’ve got for say three years. If it  doesn’t sell, you move on. Change your goals.”

With ever-growing evidence that life is short, I found myself perplexedly pondering her proclamation. Maybe it was the wine. Maybe it was her conviction. Or maybe it was just the right person at the right time. I let her words sink into my soul.

Maybe success shouldn’t be based on kindergarten goals. Maybe I’ll help launch a business. Edit a friend’s book all the way to the NY Times Bestseller List. Teach a kid to write a killer college essay.

Maybe it’s OK to not do what I always thought I’d do. And maybe somehow, someway, as I turn a phrase or tie a tongue, my words will make their mark.

Maybe someone will have a Janice and John call them out of the blue after two decades and instead of saying, “Let’s get together soon!” they’ll say, “Tonight is perfect. We’ll bring the wine.”

Go for that Doctorate. Win that Grammy. Earn that Pulitzer. Write that Great American Novel. But, as you’re doing it, keep your eye on the real prize.

The best of whom are forever and ever. Amen. 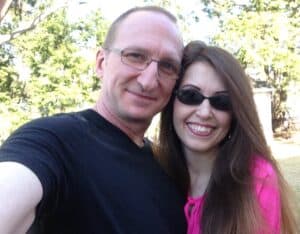