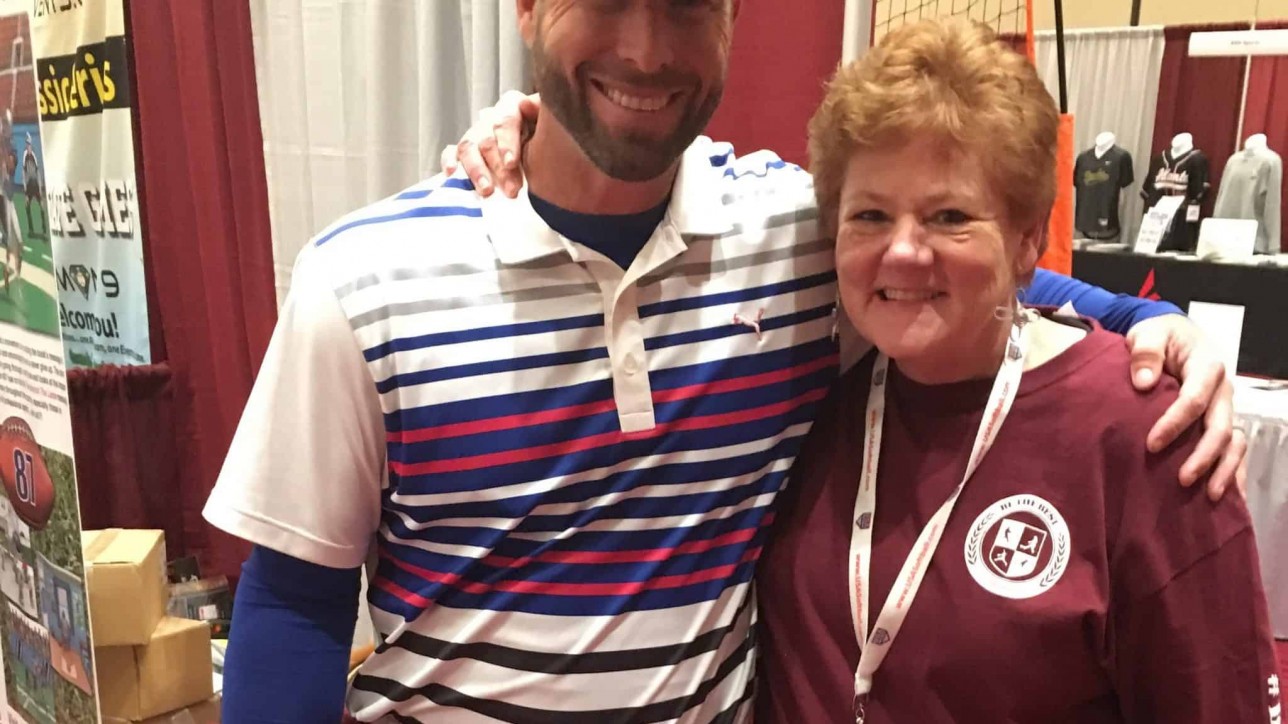 I drove cross-country and slept in the backseat of a car on the side of the road. I camped on the beach of Sebastian Inlet and picked up nothing but a nasty bad bout of sun poisoning. I hopped into the cab of a stranger’s truck on the Blue Ridge Parkway at 2 am after a second flat tire left us no spare. I hitchhiked. I picked up hitchhikers. And that’s as far as I’m going with this because my 91 year-old mother reads my blog and she doesn’t need to know the truth about what she raised.

I’m not afraid to talk to strangers. I can work a crowd, chat up an Uber driver and elicit intimate personal details from a brand new acquaintance.

I’m not afraid to deliver a eulogy in a church packed with mourners or go to the movies alone. I’m not afraid of muggers, mongrels or men with orange faces. I don’t fear cancer, pancreatitis, 80-mile bicycle rides or artificial body parts. Because, hey, I’ve survived them all.

But, as brave as I am. I am down-right, heart-pounding petrified of anyone famous.

Which is kind of a shame because not only am I one of the most star-struck people out there; I’ve always wanted to be famous myself.

And so, I watch from the bleachers.

I’ve spent a lifetime loving baseball, admittedly following the stories of the stars more carefully than the plays of the games. Despite my somewhat wild ways, I typically swooned over the good guys, whether I was young enough to be their wife or old enough to be their mother: The Mike Schmidts. The Curtis Grandersons. The Mike Trouts. The David Wrights. The Tug McGraws. The Jim Eisenreichs.

So, even if he had ever stayed on a team long enough to love, I’m not sure I would have fallen for the arrogant antics of anyone like Shea Hillenbrand.

Over the weekend, I hugged Jim Eisenreich. And, Shea Hillenbrand broke my heart.

As a freelance marketing writer, I’ve promoted a lot of fun things. I’ve touted everything from Pampers and parenting to liquor and Levitra. But by far the funnest thing I’ve ever done was write for Be the Best Baseball and Softball Coaches’ Convention.

Last week, I got to hang out at Harrah’s in Atlantic City with thousands of coaches from across the country, all there to share spirits (in both senses of the word), skills and secrets of success.

With all the pre-event marketing completed, once the convention came around, my job was to tweet all day long to keep the attendees, speakers and exhibitors informed, entertained and connected. So, I would pop in to see a speaker, snap a photo and send out a crafty little tweet. I’d tell the crowd where to go and what not to miss, whether it was Finding our Coaching WHY with ABCA’s inimitable Jeremy Sheetinger, Coaching the Female Athlete with Oklahoma’s Patty Gasso, where to find free drinks, or Balancing Mechanics and Psychology with former MLB player, Shea Hillenbrand.

I had every intention of spending no more than five minutes listening to Shea Hillenbrand before sneaking next door to catch a tweetable soundbite from Yankees’ head hitting coach, Alan Cockrell.

But, I walked in and was hit with a curve ball. I couldn’t leave.

Here was this guy, this Shea Hillenbrand, smack in the prime of his life, pouring his heart out to a crowd of coaches who came expecting to learn some MLB lessons. But, he wasn’t talking about batting stances and reading pitches. He was talking about the fame and the shame of a man who had it all, lost it all and then crawled his way back. He once made $350,000 a paycheck, $20 million in the course of his career, owned three mansions, three hundred pairs of shoes and flew in private jets. He had a wife and three kids and played in the All-Star game, not once, but twice. He had everything. And was everything we dreamed our kids would be – after we stopped dreaming that dream for ourselves.

But in spite of everything he had obtained and all the success he had achieved, the one-sided conversation he had with himself is what ultimately demolished his dream.

When your head tells you the same story enough times, you start believing it.

He was rich. He was talented. He was lost. And he was broken.

Things got worse before they got better. But they did get better. Following that descent into his own personal hell, Shea woke up in van one morning and decided who it was he wanted to be. He wanted to transform lives. Help kids. Make a difference. And heal.

And in that process, one of the things he did was to team up with the likes of Doug Glanville, Steve Carlton and Jim Eisenreich in supporting the mission of Beyond the Laces. What started as just a feel-good children’s book written by Bob Salomon and Rick Young has evolved into a phenomenon that’s crisscrossing the country, inspiring children with its many amazing athletes on board, to promote the simple power of kindness.

“I can teach mechanics. I can show you how to hit. But that’s not what’s important. You coaches have so much power. You can help these kids. And if I can just touch one person in this room with my story, then I’ve done what I set out to do,” Shea Hillenbrand said last Friday evening.

I later tracked Shea down at the Beyond the Laces booth where he was hanging out with the authors of the book and none other than Jim Eisenreich.

I babbled about my fear of the famous and thanked him for his inspirational words and honesty.

I sat in on his two more of his talks and his message never got old.

Whether you’re a Jim Eisenreich battling Tourette’s syndrome or a Shea Hillenbrand beating down your inner demons, anguish is anguish. And anguish checks neither bank accounts nor bloodlines. It doesn’t discriminate between all-stars and benchwarmers. It can claw its way into any one of us, tormenting us with its destructive chatter. And it will hold on as long as we let it.

We all have the power to fill those pages with kindness, respect, inspiration and love. It doesn’t matter if the whole world knows our story, or if we touch just one little person along the way. As long as we lead with our hearts, follow with our souls and strive to be the best version of ourselves, we’ll all end up just as famous as we need to be. 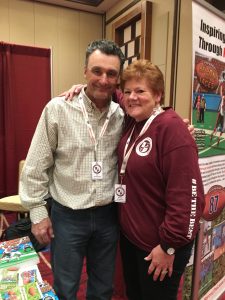 be the best, Be the Best Baseball and Softball Coaches' Convention, beyond the laces, Coach Sheets, Jeremy Sheetinger, jim eisenreich, shea hillenbrand