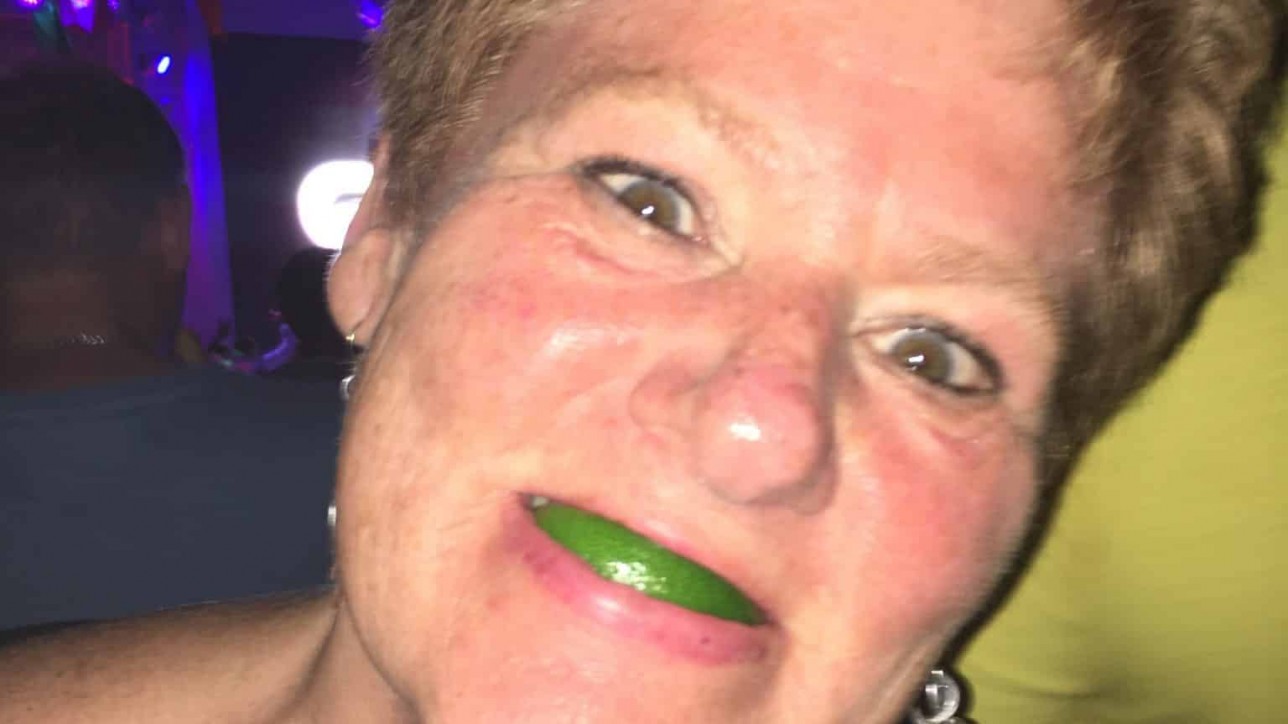 My friend Ann is a firm believer that change doesn’t come until the day we wake up and say, “I don’t want to live like this anymore.” No amount of nagging, crying, pleading or advice-giving is going to expedite that change, whether it’s your own behavior, your best friend’s, your child’s or your spouse’s.

I agree with her to a certain extent. I lived in a self-imposed prison for most of my life, whining endlessly about being overweight, shaming myself over words that spewed from my mouth and fearing any sort of anything that could infringe on my personal comfort.

But I have also learned that words can make a difference. You may hear the same thing over and over and over again and then one day you hear it as if for the first time. And just like that, you find yourself saying, “I don’t want to live like this anymore.”

And that’s why I counsel ad nauseum, hoping against hope that something I say will be the catalyst to effect change in those I love. To stop popping pills, to leave an abusive relationship, to start exercising, to stop self-pitying, to squash the fear, to take a leap, to change the cycle. To be happy.

Six years ago, I could barely walk on my arthritic knees and sore hips, outwardly blaming my hobbling around on everything except the 100 extra pounds I was sporting. Inwardly, I prayed for the strength to stop overeating, start exercising and to stop treating myself like the enemy. I was consumed by guilt over being a bad wife, a worse mother, a non-productive member of the working world and a dog hater.

Right in the middle of all that self-loathing, an unexpected conversation led me to change my life.

Heidi is long and lean and wise and welcoming. She is as tuned into the wonders and woes of the world as I am not. I am equal parts intimidated and envious of her, though she would be horrified if she knew. I, Queen of the Plastic Bag am way more concerned with my own personal Brita water filter than the global issue of clean drinking water. Chicken nuggets and fries worked just fine for my kids while hers munched carrot sticks and quinoa. I am scattered, she is centered. I obsess. She breathes. She seeks inner peace and harmony. I want peace and quiet and get it by screaming loud and long.

I’d love to be like Heidi. I just don’t have it in me.

Heidi is not a close friend, though through the years we spent a lot of bleacher time together, watching our spouses coach our kids rise through the ranks to high school sports. Heidi wasn’t always sure why she was cheering, but she was there nonetheless.

Six years ago on a cool October evening, Heidi and I watched our sons endure yet another crushing football defeat; her son at quarterback, mine at tight end. Walking across the field to our cars, I spilled my soul to her. Three days earlier I had been diagnosed with breast cancer. I was ping-ponging my options: a lumpectomy followed by seven weeks of radiation, five days a week; or a mastectomy – or two. Always eager to take the most radical approach, I was leaning toward a bilateral mastectomy and surprised myself by opening up to someone who would undoubtedly suggest a potent of herbs and oms rather than going under the knife.

Heidi’s response was hardly what I expected.

“What an opportunity!” she exclaimed, grasping my hands between hers.

She went on to explain her theory that breast cancer is caused by grief. All the pain and suffering that women hold in and have to endure and be burdened with makes its way out in the form of the disease.

My eyes froze open as she continued, having no idea what an empowerment- oppositionist I was. You’ll be surprised, she told me, to find that the one person whom you thought you could count on unconditionally will go AWOL. And, unexpected angels will appear out of nowhere. But you must forgive and you must let go and you must let people in.

“I’m so excited!” she smiled, squeezing my hand tight. “You’re going to be just fine.”

And, I was fine. I went for the double mastectomy and since my lymph nodes were clear, I didn’t need radiation or chemo or any follow up treatment other than some reconstruction surgery which was no worse than a root canal. It ended up being one of the most pleasant surgeries of my life.

In the ten years prior to my breast cancer, I had a hip replaced, I had my gall bladder removed, I had pancreatitis and I had a hysterectomy, giving my friends and family plenty of chances to rally around me. But, I never let them. While Heidi didn’t bring me a casserole, or try to nurse me back to health, her words changed the way I recovered. And, ultimately, the way I lived my life.

I let one friend sweep my kitchen floor. Another organized three weeks’ worth of meals for me. One woman who I had rarely seen since the kids were in kindergarten heard “the news” and came with cookies and flowers and I actually opened the door. I talked on the phone which I never do. I let a friend drive me to doctor’s appointments and another to travel 200 miles to visit me.  Twice.

For the first time in my medical history, I didn’t hide from my friends or refuse their offers.  Instead, I let them into my house and into my heart.

Heidi learned of my diagnosis before many of my closest friends. She ended up being so right about expectations and disappointments. But I forgave everyone — and most importantly, myself.

I often think about Heidi’s words and have repeated them many times to those who think there’s no going on after a death or a failed marriage or a college rejection. Look at it as an opportunity! I say. And they roll their eyes, just like I did.

But I’m not going to stop. Because you just never know. My words just may be the words that will help someone else say, “I don’t want to live like this anymore.”

Six years later, I’m 100 pounds thinner. I’m 100 times happier. And when I start tiptoeing my way back to the comfort of destructive thoughts, words and deeds, I simply think about Heidi. I think of the opportunity I have to be happy.

And then I pick up the phone and book another cruise.