No Friendship is an Accident 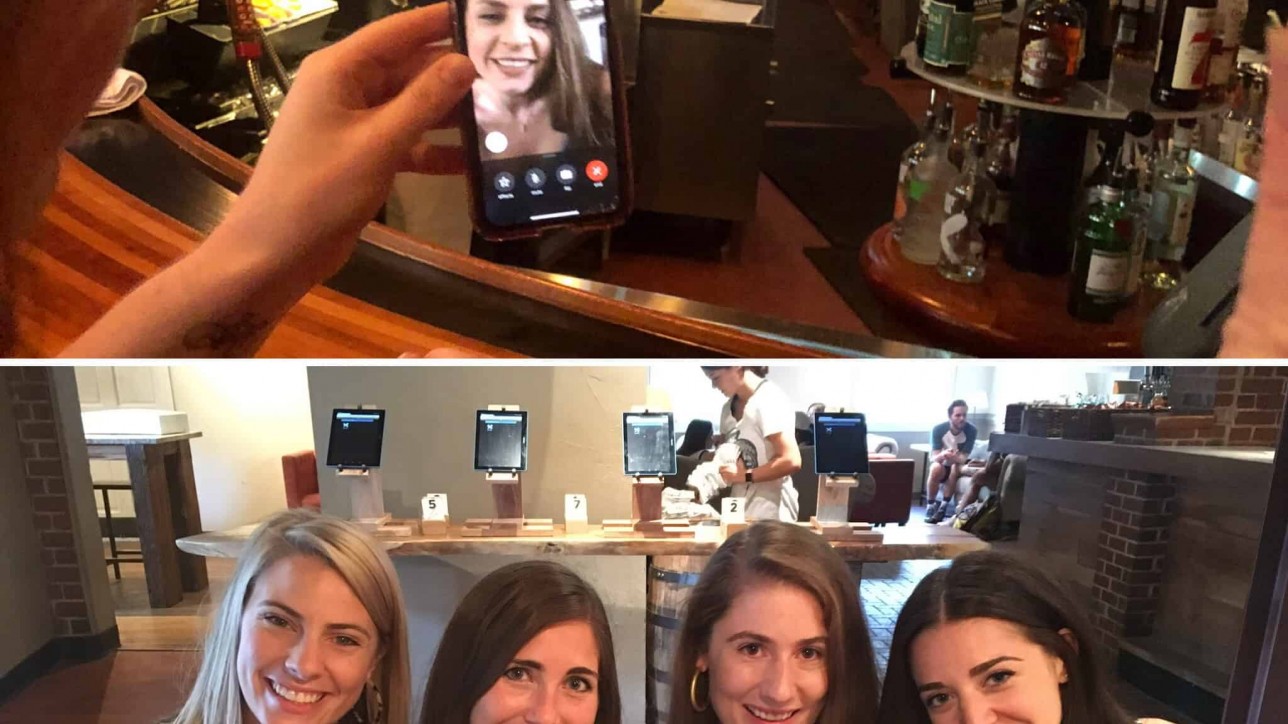 Life is all about stumbling into random situations with random people, some of whom we never see again and others who become our new BFFs.

Five random 18 year-old girls from different parts of the country converged in Chapel Hill at the University of North Carolina nine years ago. On the bus ride back from their sorority initiation, Molly asked Julianne if she wanted to be her friend. In true Julianne fashion, she shrugged her shoulders and just said, “Sure.”

So, while the initial meeting may be serendipitous, friendship is intentional. There’s always that moment of choice, that one decision that cements your fate in another person’s soul.

The two of them shared a room in the Phi Phi house the next year; Jenny and Lauren were right down the hall, and Julie, who had been their suite mate, lived in a dorm a stone’s throw away. The following year, the five of them rented a somewhat dilapidated house where they lived together until they graduated.

What makes this friendship so unique is that the parents muscled their way into the mix, vowing to visit their daughters on the same weekend every year so they could all be together.

What makes this doubly unique is that even after graduation, the parents and girls come from Chicago, Denver, Brooklyn, Asheville, Cleveland, New Jersey, or anywhere else they may be living, for a yearly reunion in Chapel Hill.

What makes this triply unique is that it all began with a random meeting 35,000 feet in the air. Lauren and her parents were flying to North Carolina back in 2010 for freshman move-in day. They got to talking with a couple named Stephen and Sandra, who were on their way home to Chapel Hill after visiting their son who lives in Denver.

“Call us!” Sandra said, handing them a business card at the end of the flight.

They didn’t call. Not that trip, anyway. But, when Lauren’s parents came back out for Parent’s Weekend six weeks later, they decided (there’s that word again) they had nothing to lose and they made the call.

And now, nine years later, we still gather at Sandra and Stephen’s once a year and marvel at how lucky we are.

Last weekend was the annual reunion and all but Jenny and her parents came. Jenny was busy birthing babies and her parents, well they were reunioning at Ohio State. But, Jenny Facetimed in for the scavenger hunt.

The scavenger hunt that was secretly orchestrated by Lauren.

The scavenger hunt that took us all from the sorority house to Sutton’s, the iconic drug store/eatery that boasts dozens of UNC basketball jerseys, hundreds of photos of the famous and infamous, not to mention a plaque dedicated to our daughters over the booth at which Hollie, our favorite waitress, was gifted a Duke game ticket in exchange for the girls’ picture on the wall.

Clues took us from Sutton’s to their old home on Carr Street. The house that they fondly named Bar Carr; where they celebrated 21stbirthdays, battled cockroaches, and tearfully sighed that while they were eager to move upward and onward, they knew it was the last time they’d ever live together as best friends.

To lighten things up, we headed over to Franklin Street, to Top of the Hill, a bar/restaurant staple and a parental favorite. We were charged with chugging Kansas City Ice Waters, a multi-liquor concoction before moving on to the UNC landmark with a tradition that claims a drink from the Old Well brings good luck.

And finally, our last destination led us to Sandra and Stephen’s house where Lauren greeted us on one knee holding a huge poster board that read:

I’m so excited to marry Rob and be the bride.

But I can’t say “I do” without you all by my side.

UNC made us best friends and I wouldn’t have it any other way,

Will you be bridesmaids on my big day?

Obviously, there was not a dry eye in the house.

Later that night, as always happens after a drink or five, someone, usually Dan or Tom, throws out a thought-provoking question. This year’s was: What was the best decision you ever made?

The answers were somewhat universal in, duh, deciding to go to UNC, though adopting Bowie the Bow-Wow was in there as well. The married folk, at least those with spouses present, solemnly swore that was their best decision of all. Lauren, who we fully expected to say, “Deciding to marry Rob,” gave us a more realistic version of that truth. Which was her conscious decision to open her heart and let love in.

Again, not a dry eye.

And me, well, sitting at a table like that, spouse safely at home hunting down news stories, what else could I say? The best decision I ever made was saying, “Oh, OK. I’ll go out for dinner with all your roommates’ parents even though I have zero interest in forging friendships that won’t last past graduation.”

Next year, as we mark ten years of this magical multi-generational friendship, we’ll be having our reunion in Denver, in dual-celebration of Lauren and Rob’s wedding.

All because of a few good decisions we made along the way.