Nothing to be stressed about 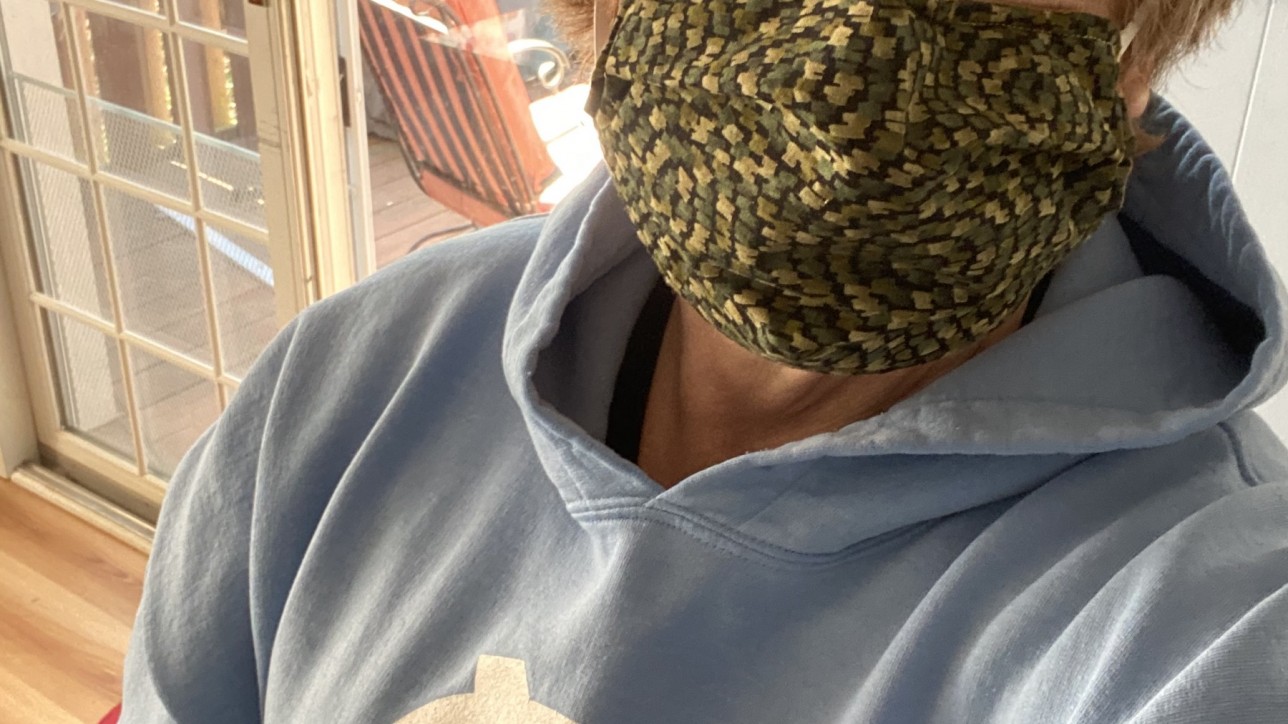 “Hope things are less stressful for you,” my friend Ann texted from Nags Head.

“Stressful? What would I have to be stressed about?” I snapped back.

Ann is someone I keep in touch with regularly in real life, but as is the case with so many other friends, our correspondences have escalated with the coronavirus. We share uplifting quotes and poems by email, send humorous memes back and forth by text, and expose our graying roots on Zoom calls.

Ann knows stress. She counts on income from her beach house rental that may or may not happen this year. She’s a high school teacher trying to keep her students engaged and her seniors from falling apart. Oh, and her beloved brother is battling metastatic melanoma. In the brain. In the middle of a pandemic.

I’m not one of my many friends who are nursing heartbreaks as their sons and daughters postpone their weddings. Or toggling back and forth, wondering if September will be safe, and if it is, will it mean wearing masks and distant dancing? I’m not the mother of a high school senior who is missing his final year of baseball. The year he was going to win major accolades. I don’t have a kid, who after all that preparation, is deprived of the big blowout bar mitzvah party after stumbling through his Torah portion. I don’t have a daughter who thought she was coming home from school for a week or two. But, surprise! her college days are done.

We were able to celebrate my sister’s 60th birthday in early February and if we can’t get together for my mother’s 95th in October, well, we’ll do it when she turns 96. I’m not a health care worker. I’m not a first responder. I’m not a small business owner.

I have absolutely no stress.

What is different is when we do our check-ins, way more often than ever before, we end up spending 7/8ths of our conversation exchanging war stories.

My friends are scattered across the country, some in big cities, some in sprawling suburbs, some in tiny towns. Some live in harder-hit areas, and some still aren’t wearing masks to  grocery stores. And, while some of them know a friend of a friend who has gotten “it,” most of them don’t have a personal connection with coronavirus.

Meanwhile, my count hovers around twenty. Twenty people I know who have tested positive. I’m not talking about great aunts of former school teachers. Or NBA players I’ve watched on television. These are people I actually know. People I socialize with. People I like. People I love.

On top of the confirmed cases are a dozen or more who were or are presumed positive by virtue of their symptoms and/or proximity. Then, of course there are the many in denial who claim their coughs and fevers and loss of taste and smell are no more than spring allergies. In an eight-block radius of my gridded neighborhood, I know eight people who tested positive. I know four people who have died. Five more who are parents of friends.

I talk with Ann and Kathy and Holly every few days and we banter back and forth about what is right and what is wrong. Should we shed our clothes and take a shower after food shopping? Is it safer to go to Stop & Shop in Teaneck or Cafasso’s in Fort Lee? Can our adult children come from Queens and Brooklyn for Easter dinner? Is it OK to go mask-less when we’re out walking if we cross the street when someone comes close? Should we wipe down packages when they come from Amazon?  We talk about what stores provide gloves and which ones have no lines. Two of us express shock that the other two don’t use Scott toilet paper. All four of us lament the shortage. We share pictures of masks that we’ve made or, in my case, had made for us. We do yoga. Sometimes. If I’m awake at the appointed hour.

And we can’t help but wonder what in the world we talked about before the world went haywire.

The other day I told them about the heart-wrenching Zoom funeral I attended that afternoon. Phil went into the hospital in mid-March and never came out. He died intubated and alone and the service honoring his life was limited to a few family members with the rest of us watching on our iPads and laptops.

Our Zoom call completed, I turned on Trump’s daily press briefing in which he announced that states could start opening up.

Later, I went for something a little lighter and watched The Bachelor: Listen to your Heart, (thanks to Taryn for getting me hooked on something I had successfully avoided for all those years). There was a lot of touching, a lot of tongue kissing, and a lot of crowded spaces. I cringed, despite knowing that it was taped months ago.

At that point, my ever-loving spouse summoned me into the kitchen for a backgammon tournament.

“Are you more or less afraid of getting it now than you were in the beginning?” I asked.

“Getting what?” he responded as he knocked me off the board.

I rolled my eyes. Then rolled the dice.

He coughed. I doubled. I won.

Game over, I turned to Rachel Maddow who was talking about Ireland and how they are handling the inordinate number of nursing home deaths versus what we are doing in our country. Then, I played a few hundred rounds of Words with Friends followed by watching Brian Williams’ The 11th Hour. He announced we were in Day 1,183 of the Trump administration, with 201 days to go until the presidential election. He reported that, while a reopening strategy had been unveiled, our death toll is somewhere north of 34,000 with some 667,000 confirmed cases out of the one percent of the nation that’s been tested. One percent.

And then I went to bed.

I woke up the next morning with a heaviness in my chest. A slight sore throat. General malaise. Yet, I rolled out of bed, put on my sneakers, grabbed the very fashionable mask my neighbor Mona left on my door step last week. The same Mona who is, at long last, recovering from COVID-19. I headed out for my walk, taking the route with the steepest hills to test my lungs. Four miles later, after listening to earnest NPR hosts taking calls from nannies and domestic workers who have found themselves jobless and stimulus package-less, I was still breathing. I came home and mailed a check to the cleaning professional who hasn’t worked for me in six years. Then, I read some of our president’s tweets which said Liberate Minnesota! Liberate Michigan! Liberate Virginia!

And that’s when I realized, it’s only a pandemic. It’s only a divided country. It’s only a few hundred thousand people. It’s all in my head. We’re all going to be just fine.

And, there’s absolutely nothing to feel stressed about.