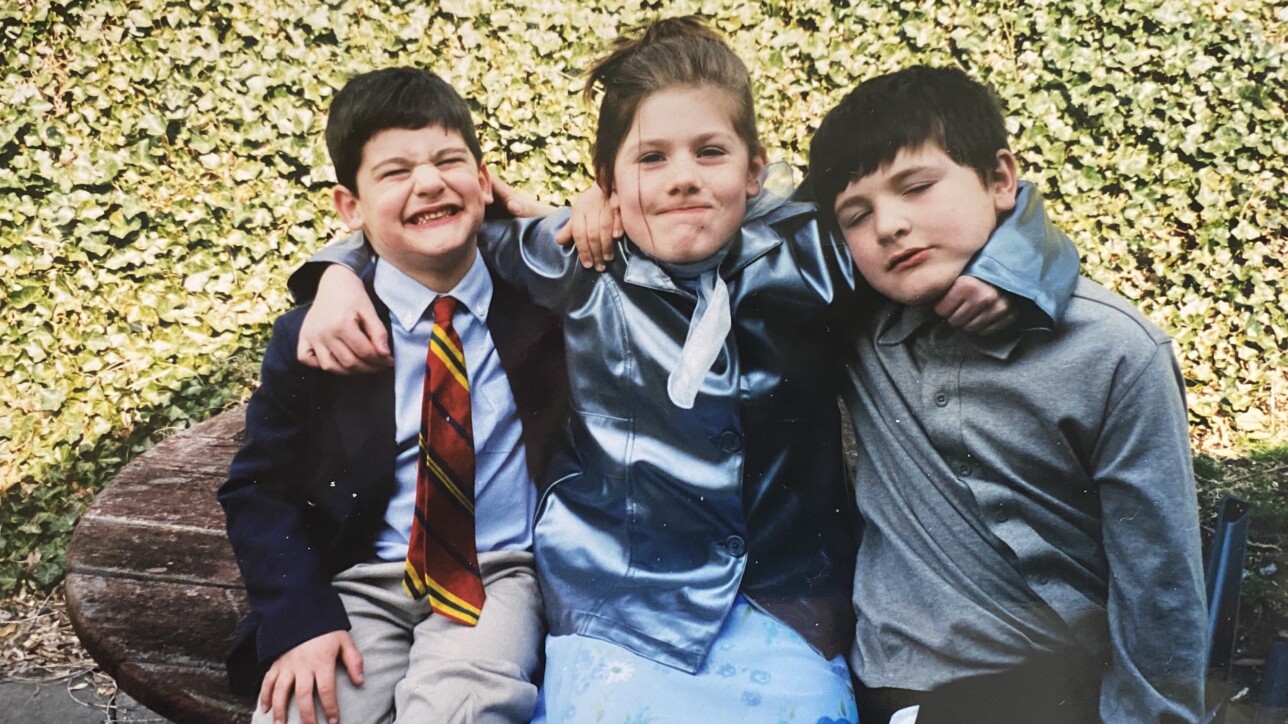 I have long held onto a super power that has persistently proven problematic, yet I have continued to possess it way past its practicality.

You see, I know exactly what someone’s going to say before they say it.

I am so sure of myself, in fact, that I often just relinquish any real life conversation and act upon what I know for sure is coming next.

For a long time, I thought it was specific to child-rearing, but I’ve found that my super power transcends all walks of life.

When I was in the throes of three children, four years apart from top to bottom, I expended a lot of energy wasting a lot of words.

“Child Number Two,” I’d say. “Will you run down to the basement and grab Number Three’s cleats for me?”

Of course, I knew before the words were out of my mouth that the response, verbatim, or a very, very similar narrative would be,  “Number Two can do it himself.”

Then there were these conversations:

“What’s for dinner?” any one of them at any given time would say as he or she breezed through the kitchen, dropping a backpack, jacket, and one sporting paraphernalia or another, on the floor.

And as they grew and were given chores:

“Don’t forget to cut the grass.”

“I did it the three weeks before that. Gotta go, Evil Coach Tony’s here. Basketball practice.”

“What is Friend Number Eight doing these days?”

“Weren’t you at his house last night.”

“And it never came up? You never asked, ‘Friend Eight, what are you doing these days?’”

So, through the years, I learned to:

Having muddled somewhat successfully through motherhood, I have transferred my talents to the workplace. I’ve been a freelance writer for over 20 years, during which time our family has experienced some rather lean years. So, once the youth moved into the young adult phase and my child-oriented volunteering duties waned, I dabbled in getting a “real” job. It seemed way easier than trying to boost the freelance business that wallowed in the words, pro bono.

“Why don’t you apply at (fill in the blank),” my ever-supporting spouse would suggest.

“They’ll never hire someone who’s over (fill in the age),” I’d retort.

“They’re going to say I’m over (or under) qualified. That they’re looking for a brunette/ Episcopalian/introvert/activist/ (fill in the blank).”

I would reluctantly fill out an application on Indeed and when they didn’t so much as acknowledge receipt of my resume, I’d smugly tip my hat to my super power.

My sister, Emily, has always been one of my strongest advocates.

“My friend is looking for a freelance writer,” she’d say. “You should call her.”

“She knows I exist. She reads my blogs. She’d contact me if she wanted me.”

“Not necessarily. She may not know you’re looking for work.”

I shrugged over the phone line.

“She’s never going to pay me enough,” I continued.

“Just tell her you’re looking for X dollars an hour. You paid that much for SAT tutors and baseball lessons.”

“If I say X dollars, then then there will be dead silence and then I’ll say, OK, how about half that much and then she’ll say OK, and then I’ll be bitter because I’m working for half my worth.”

And of course, there are the doctor visit convos:

“They’re going to tell me I have to give up chocolate/bourbon/Words with Friends. I’d rather die than get that diagnosis.”

A couple weeks ago I was riding my bike in Saddle River Park, a spot reserved for mid-week, mid-day rides to avoid the crowds. But, on this particular day, I had underestimated the competency of virtual learning and it was mobbed with kids.

Three miles in I was faced with my worst nightmare, second only to the Labradoodles on 20-foot leashes criss-crossing the path while their owners talked loudly and obliviously from their air buds. Six boys somewhere between 13 and 16 years old (I can no longer tell the difference) rode three astride, zipping betwixt and between pedestrians, doing wheelies, and riding long stretches standing up with no hands. And of course, no helmets. But, I couldn’t have cared less about that.

I turned on my super power conversation starter but knew exactly how it would end. So, instead of following the politically correct bicycle protocol, announcing “On your left!” I circled the duck pond an extra time so they would get far enough ahead of me that I wouldn’t have to deal with them at all.

But, alas, at Milepost 5, I caught up with them again.

“On your left,” I resignedly said in my head.

“On your left,” the boy with the man bun (well, boy bun) would mock, veering over into my lane.

“Don’t be that person,” I’d call over my shoulder as I slipped by, slilently praying that I wouldn’t hit a tree root and land on the ground in front of then. Which would, sadly, start an entirely differnet conversation.

“Don’t YOU be that person, you fat pig!” the one with the saggy shorts would yell.

“Think about what you are saying,” I’d calmly cry. “I could be your mother.”

“Grandmother,” boy with the music blaring from his handlebars would spit back.

“Grandmother? More like great-grandmother,” the wheelie popper would pop.

At which point, I’d blink back my tears and fury and pedal as fast as my granny legs would let me before the conversation escalated.

Yup, I knew for sure exactly how this was going to go. But, I had to do it. I had to get past these evil adolescents.

I took a deep breath.

“On your left,” I called meekly.

I clenched my jaw.

“Thanks!” Boy Bun responded as he and his posse veered to the right.

I thought about that encounter for the rest of my ride and all the way home. The home where I was greeted by a front lawn of long and leggy blades of grass rising through the weeds.

I put my bike in the garage and eyed the push mower in the corner, playing the ensuing and unsatisfactory conversation in my head.

But, instead of cutting the grass myself, I decided to test my super power one more time. After all, the misfire at the park was probably just an anomaly.

“Child Number Three,” I called as I burst into the kitchen. “I have a job for you.”

I was greeted by raised eyebrows.

“Can you cut the grass?”

I realized I was gritting my teeth and flexing my fists. My mouth hung open, ready for sparring.

I crinkled my brow and let his answer compute.

As I did, I slowly came to the conclusion that while listening to the voices inside your head can be quite amusing, more times than not, they’re misleading. And, that while you may believe with all your heart that you possess a super power; the truth is, they’re only real in fairy tales.