Parenting from the Inside Looking Out 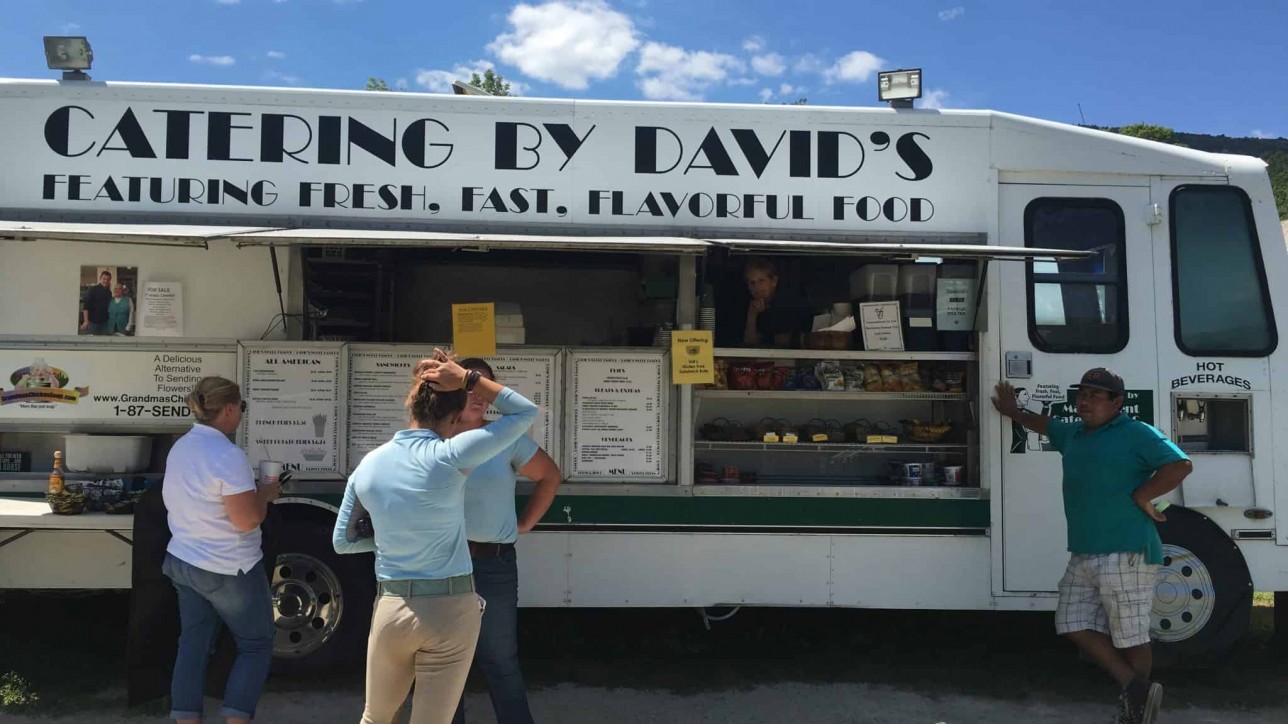 “Are you crazy?” the perfectly coifed blond-haired mother with the Prada sunglasses exclaimed. “You can’t have French fries before you ride!”

The mother gave me a conspiratorial roll of the eyes as the daughter cast her eyes downward.

“I’ll have the Healthy Start, please.”

“Oh, live a little!” I said, causing the mother to grimace. “Have the French fries!”

The daughter, all of ten years-old, peered up at me through her mascaraed lashes and managed a tight smile. She wore the classic tan breeches, black helmet and leather and brass bracelet with the name of her horse inscribed in block letters – BRANDY.

Knowing it was just plain mean to interfere in someone else’s parenting, I said, “How ‘bout you have the yogurt and fruit now. And when you win the blue ribbon, come back for a double dose of French fries.”

The mother gave me a sarcastic smile, grabbed her daughter’s elbow and pivoted.

“Good luck!” I called to the sweet girl’s retreating back.

It was early May and I was working an eleven-day stint on a food truck at the Garden State Horse Show in northwestern New Jersey. My sister Nancy’s best friends from Charleston bought the business last year, and now travel the horse show circuit for the summer season, offering up the likes of grilled shrimp, caprese and marinated steak sandwiches, kale, pasta and quinoa salads, lobster rolls, scrumptious breakfast sandwiches and of course, all the good stuff like hot dogs, French fries, hamburgers and chicken fingers. Nancy and I pop on the truck for a week or two at a time to help our friends, meet a whole new flock of folk, and earn some cold, hard cash.

We particularly like this horse show because there are so many kids around. We love to banter with them, because beneath their Hermes belt buckles, trainers, grooms and mane-braiders, they’re all the same. They’re all just kids. Just like ours.

My sister and I raised five children between us. While we shared similar values and expectations, our day-to-day parenting styles often differed. But now that they’re all (somewhat) grown, we could mix them up, toss them out and the world would be hard-pressed to figure out which ones were coddled, which ones were throttled, which ones rebelled and which ones excelled.

“WTF?”  (And, yes, she did say something very close to the F word) the mother hissed through gritted teeth. “You haven’t eaten yet? You have to show in 30 minutes. What were you thinking? Get over there and get something to eat. RIGHT NOW.”

The tear stained pre-teen stepped up to the food truck and ordered herself a Caesar salad.

She shook her head no, took the salad and stabbed her fork into the lettuce leaves with a vengeance.

“Did you ever make your kid eat if she didn’t want to?” Sister Nancy asked after the girl and her mother walked away.

“Absolutely!” I admitted. “If they were about to play in a game, for sure. I’d be so afraid they’d pass out or wouldn’t play well. I know I did exactly what that mother did, dozens of times.”

“Would you make them clean their plates?” she probed further.

“They always cleaned their plates,” I answered. “Because if they didn’t like what I made for dinner, I’d just short-order cook them whatever they would eat.”

“Really?” she said, incredulously. “I always believed if they were hungry enough, they’d eat.”

“But then it becomes your problem when they wake up in the middle of the night starving. Or pass out on the football field,” I countered.

“And exactly how many times did that ever happen?”

“Well, never. Cause I never wanted to risk it.”

She laughed. And, I bristled. Just a bit. Because, even to this day, I still think I did it right. Or, at least, not wrong. Because somehow, half-right, half-wrong, we made it through.

“Amazing the difference between the mothers and fathers,” Sister Nancy said.

“Oh, my ever-loving spouse would never have let them have candy in the morning,” I said. “It would have been granola or a banana for sure. I’m the one who gave them whatever they wanted to keep them quiet.”

All week long we watched the parents coddle and throttle their children. We watched the kids rebel and the kids excel. We saw the pain on parents’ faces when horses spooked and tossed their little rider into the mud. And we saw the pride when their little equestrian nonchalantly dangled a big blue ribbon from Brandy’s reins.

We loved it when 19 year-old Ines appeared every morning with her middle-school posse, girls who weren’t showing, but had convinced their parents to let them skip school to check out the competition. Or maybe they were flat out cutting school, kind of like we did, back in the day.

“Can I please have chicken fingers and fries?” the six year-old with the gap-filled smile asked at 9:30 in the morning.

“We’re not cooking lunch yet,” Sister Nancy told her. “How about a bacon, egg and cheese sandwich?”

“Oh, OK,” Sister Nancy conceded. “I’ll make you some chicken fingers. But, only if you tell me what happened to your teeth.”

“The tooth fairy took them!”

“A tooth?” my sister and I cried in unison.

Cute as a colt, she giggled and handed us a $100 dollar bill for her chicken fingers and fries.

“Enjoy your life!” I added, marveling at how different things look from the inside looking out. 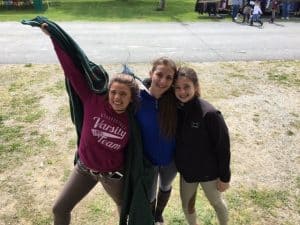