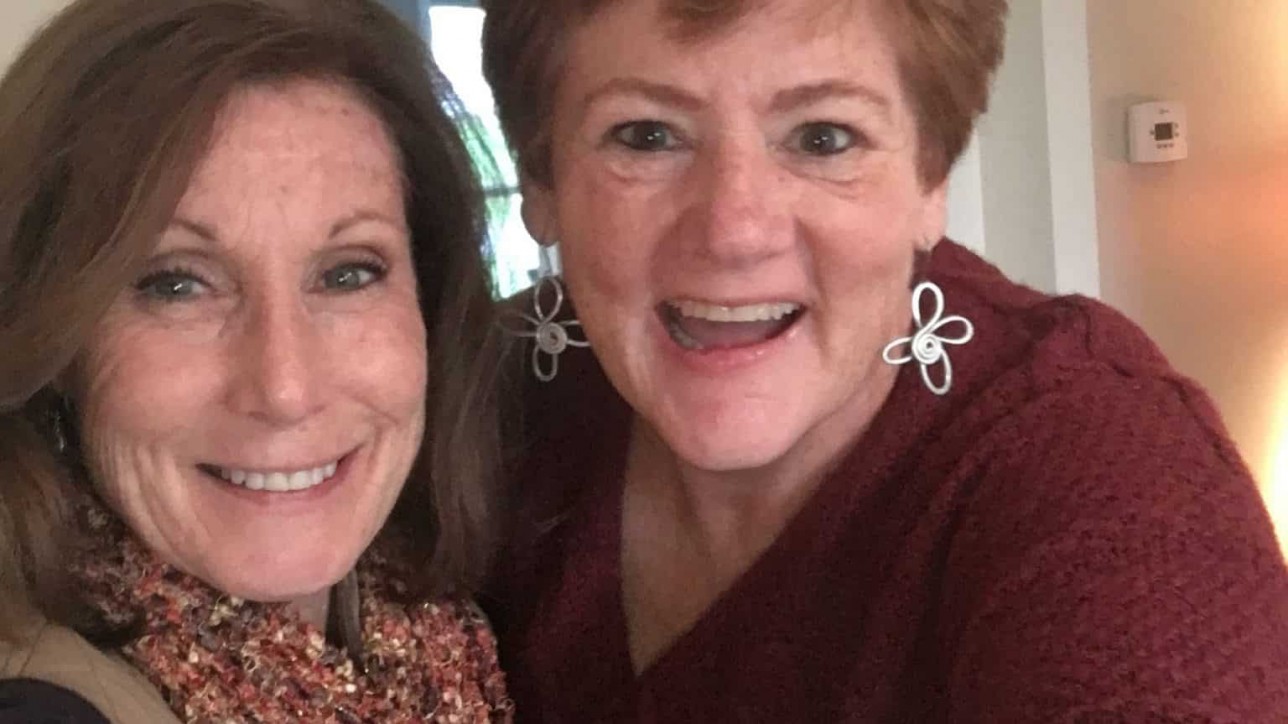 Chris Kirk was my roommate freshman year of college. We ended up together after she swooped in and saved me from my randomly-appointed roommate, Sue, who declared Holly Hobbies, horses and shopping among her interests. I don’t remember what I wrote back to her that summer before college, but I’m sure my response included no references to Holly Hobbies, horses or shopping.

Things went south pretty quickly for me and Sue. It was immediately apparent that I was much more interested in socializing than studying and would go to all lengths and hours to achieve my goal.

Apparently, I was as messy then as my kids are now. One day I came home from Consumer Math class to find a note taped to my mirror:

Please clean up your side of the room. I don’t like living in a pig sty.

When I shared the note with my friend Chris Kirk, she was outraged and immediately declared war. She arrived at my room with a roll of masking tape and taped a line from door to window, dividing the room in half.

“You can do whatever you want with your side of the room,” she said.

Shortly afterwards, Sue and I decided to part ways. It was an amicable divorce because, despite my slovenly ways, I was still a good person at heart. Not to mention a fun friend to have.  Chris Kirk moved in and shortly thereafter regretted her charitable “You can do whatever you want with your side of the room,” comment. She also rued the day she ever agreed to live with someone who insisted on sleeping with the windows wide open in 25 degree winters.

That freshman year of college we did a lot of fun things. Once we filled a bucket with water, leaned it precariously against our RA’s door, knocked and ran, flooding the room when she opened the door. We took all the contents of our across-the-hall friends’ room, including furniture, and set it up in the lobby for them to stumble upon as they returned from night class. We were pack animals, the six of us, eating processed chicken patties together in the college dining hall every single night, loudly flirting with the kitchen staff who were fortunate enough to get work study hours and barging into house parties en masse.

One Friday night after coming home from The Fort much later and much louder than my roommate, I donned my blue-flowered Lanz of Salzburg floor-length nightgown and crawled into bed without turning on the lights. After all, as you may have deduced, I was nothing if not a considerate roommate. I lay my head on the pillow, stretched out my legs in that final sigh-releasing breath, eager to pass out into a seamlessly dreamless sleep. And then I screamed. Bloody murder. I jumped up, flinging my sheets off my bed, hopping around the room barefoot in shocked revulsion.

It wasn’t long until the rest of the posse gathered in my room, cackling hysterically over the concoction Chris had created to line my sheets. It was a nice gooey mixture of shaving cream and pencil shavings with a little bit of crushed pretzel crumbs added in for texture. We were still finding remnants of dried shaving cream on the stucco block walls well into the spring.

We were inseparable, the six of us. We partied too much, studied too little and got ourselves in too much trouble for doing inappropriate things with inappropriate substances and inappropriate people. Our parents would have been very disappointed in us, had we not been such good liars. And so good at self-redemption.

By the end of our second year of college, half of us were gone. We transferred, quit or put our educations on hold. But we promised that we would always and forever remain the best of friends.

From that year forward, we established the Annual All Girls’ Christmas Party, a mandatory gathering for an overnight the first Saturday in December. We would rotate houses so we only had to host one-and-a-half times a decade and as we got married and had kids, the families would be required to vacate the premises for 24 hours. Our get-togethers have evolved into three-day weekends held at random times in the year, but we have done some version of the Annual All Girls’ Christmas Party every single year since 1975.

And then, about 15 years ago, something happened.

But, social media has some kind of uncanny power to reconnect the unconnectible. As the years went by, Chris and I friended and followed and watched our families grow. We gave each other thumbs ups and likes and smiley face emojis and made many empty promises that we’d get together soon.

Last month, I found a long message from Chris, filled with toils and tribulations of parenthood and grandparenthood, sitting in my inbox.

“You just never know what the hell is around the bend in life,” she wrote. “Let’s not give up on trying to get together.”

Something about that sentiment touched my heart and I responded with a resounding, “I’m coming to see you.”

We talked and laughed and reminisced, reminding each other why we became friends in the first place. And as we hashed out the foggy details of the demise of our friendship, neither one of us could justify why, since the blow up hadn’t been between her and me, we let life happen instead of mending fences with the first broken rail.

Chris Kirk hasn’t changed a bit. She looks exactly the same as she did the day I met her in Harley Hall. She laughs with the same gusto. Enthuses with the same passion. Cleans with the same vigor. And is the same size she was when she was 18 years-old.

As I hopped back into the Old Minivan, I got that old familiar lump in my throat that I get when I say goodbye to people I love.

“We’ll get together again, soon!” we promised.

And this time, I know we will.

Because, after all,  you just never know what the hell is around the bend in life.