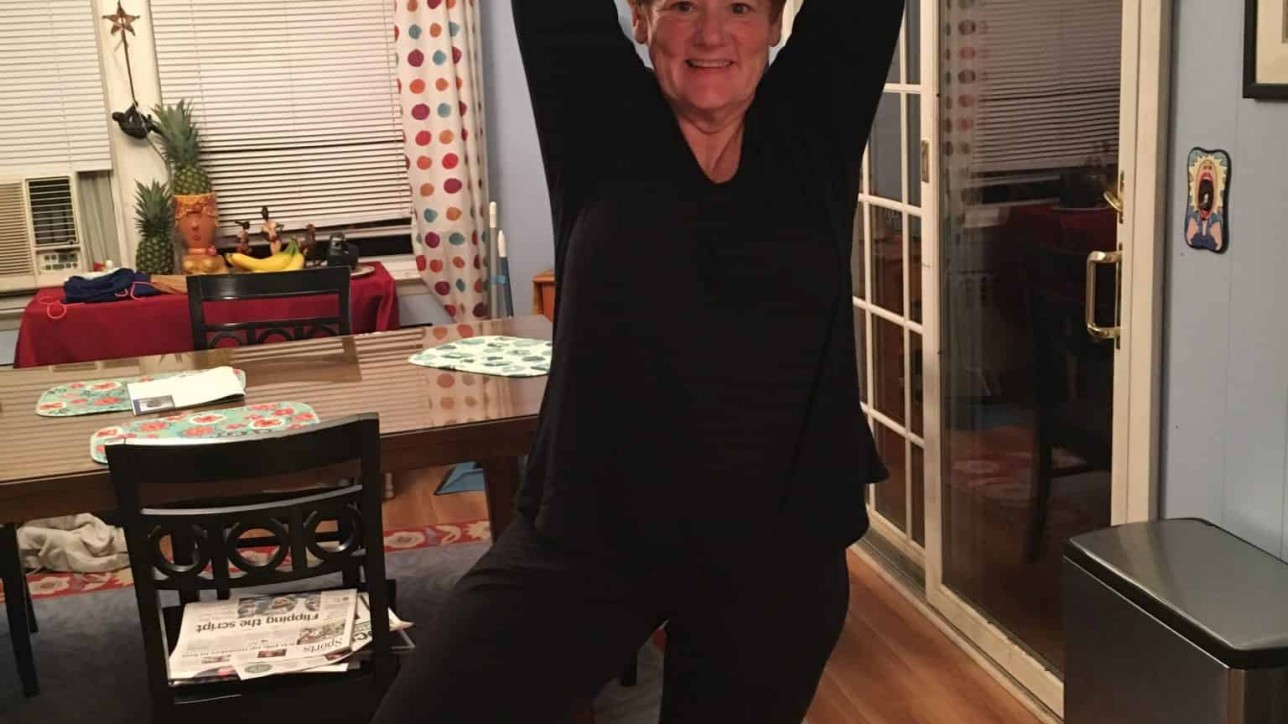 I’m nothing if not supportive.

I display my devotion on my refrigerator door, covering it with ancient newspaper clippings of amateur athletes, graduation pictures of my kids’ friends and family Christmas photos from decades past.

I prove my loyalty by purchasing multiple copies of books my friends have written, mail ordering crafts and jewelry from artisans I’ve befriended at street fairs and pledge money to every walker, bicycle rider or 5K runner who is pedaling or peddling for a cause.

I extend my encouragement to attending baseball games that no one in my family is playing in, ballets that they’re not dancing in, theatrical presentations they’re not acting in and musical production they’re not singing in.

When my friend Ann was training to become a nurse, it was really easy to support her. My double mastectomy coincided perfectly with her schooling and I let her help me recuperate. I’ll do just about anything for a friend.

But then, she went and became a yoga instructor.

Now, I am an exercise enthusiast. I walk, bike, swim and spin. I’ve taken aquasize classes with women thirty years my senior and Zumba class with girls forty years my junior. I’ve played softball and field hockey, lacrosse and golf. I’ve ice skated and cross-country skied, played racquetball and skeet ball. I’ve aimed at targets with a bow and arrow and even shot a gun. But that was just once. I’ve waterskied and canoed, kayaked and rowed, jogged and juggled and jumped around like a fool in many an aerobics class back in the 80s.

When it comes to burning a calorie, I’ll do just about anything my aching body will allow.

Except, of course, for yoga.

My yoga aversion is deep-seated. While a lot of it has to do with being the polar opposite of the willowy, flexible, spiritual souls who sport lululemon attire, tote colorful Gaiam mats and whisper Namaste as if it’s a secret sorority password, it has just as much to do with the daughter’s hand.

I’m the first to admit there’s not a Zen bone in my body, my soul or my parenting style. When I had three children all under my roof, I was in a constant state of fret, flurry and flipping out. The only thing that made my insides shake harder than my children was when someone would suggest a way to “let it go.”

“You should have a glass of wine every night!”

“You should take up yoga.”

“You should listen to classical music.”

“You should get a prescription for Xanax.”

And the daughter, she would just put up the hand and say, “Relax, Mom.”

Which of course, made me all the more worked up.

I don’t really know how to relax. Nor do I especially want to. I wouldn’t recognize myself without a steady stream of angst flowing through my veins and fueling my soul.

And so, I have successfully averted the sport, the philosophy, the practice, the whatever one wants to call it, until this summer when I ran into Kathy O’Neill at the dry cleaners. I’ve only been to the dry cleaners three times in the past twenty years, but my son was coming home from college and his comforter had only been cleaned three times in the past twenty years. It was time.

“You should come to yoga!”

“Can’t. Got slammed with a ton of work this week.”

“The next week then.”

“Um, uh. I can’t do yoga!” I admitted when it was clear she wasn’t going to let me slide. “I have two bone-on-bone knees.”

“Uh, hello. I have two bionic knees,” Kathy said. “Remember I had my knees replaced last year. Ann’s really good. You should come.”

Ann is one of my favorite friends. I have yet to find a single thing about her I don’t like. She has supported me through my many physical ailments as well as my continual emotional ups and downs.

And that’s how I found myself doing something I swore I would never do.

“All right,” I conceded. “But don’t say I didn’t warn you. I won’t be able to do half the poses. Or positions. Or whatever you people call those contortions.”

So, we met at Kathy’s house at 9 am on that fateful Monday morning for hot yoga. Not as in Bikram hot yoga, (and I only know the term because my Zenful spouse does it) but as in yoga-by-the-pool on a brutally hot, humid, sunny, summer day.

We are a small group which made me slightly less nervous. Ann, of course, is the teacher and while she is both willowy and spiritual, she gets exactly who I am. Kathy with the bionic knees empathizes with my lack of range of motion and sudden shooting pains. Holly is an incredibly talented costume designer who can create a mean tutu for a ballerina but doesn’t intimidate me by pirouetting like one. And then there’s Stephanie.

I wanted to hate Stephanie. I was bitter that she was 30 years younger, 80 degrees more limber and infinitely more beautiful. But, I soon learned she was Kathy’s son’s girlfriend and as personable as she was pretty. She didn’t even laugh when my downward dog went cobra. Which makes her a lifer. Just like the others.

I’ve done yoga 12 times now. I know the exact number because it would make me way too anxious not to know. We have moved inside to Ann’s home studio. Stephanie has passed her boards and become a nurse so now it’s usually just me and Kathy and Holly.

I still cringe when our mats are too close together.  I still wince when my knees give out and my wrists ache after having played 43 consecutive games of Words with Friends the night before. I sometimes cheat, keeping a foot on the ground when it’s supposed to be in the air. And I spend Savasana replaying my to-do list in my head.

But, I did buy a pretty mint green yoga mat (not Gaiam) and have found myself practicing my tree pose in the kitchen at random times.

While the word “relax” still conjures up the image of the hand, I think maybe with lots of practice and patience, I’ll find that Namastey inner wisdom yet.

And in the meantime, I’ll just keep supporting my friends’ passions. Because you never know, I just might get something out of it.