Seize the Day Before the Day Seizes You 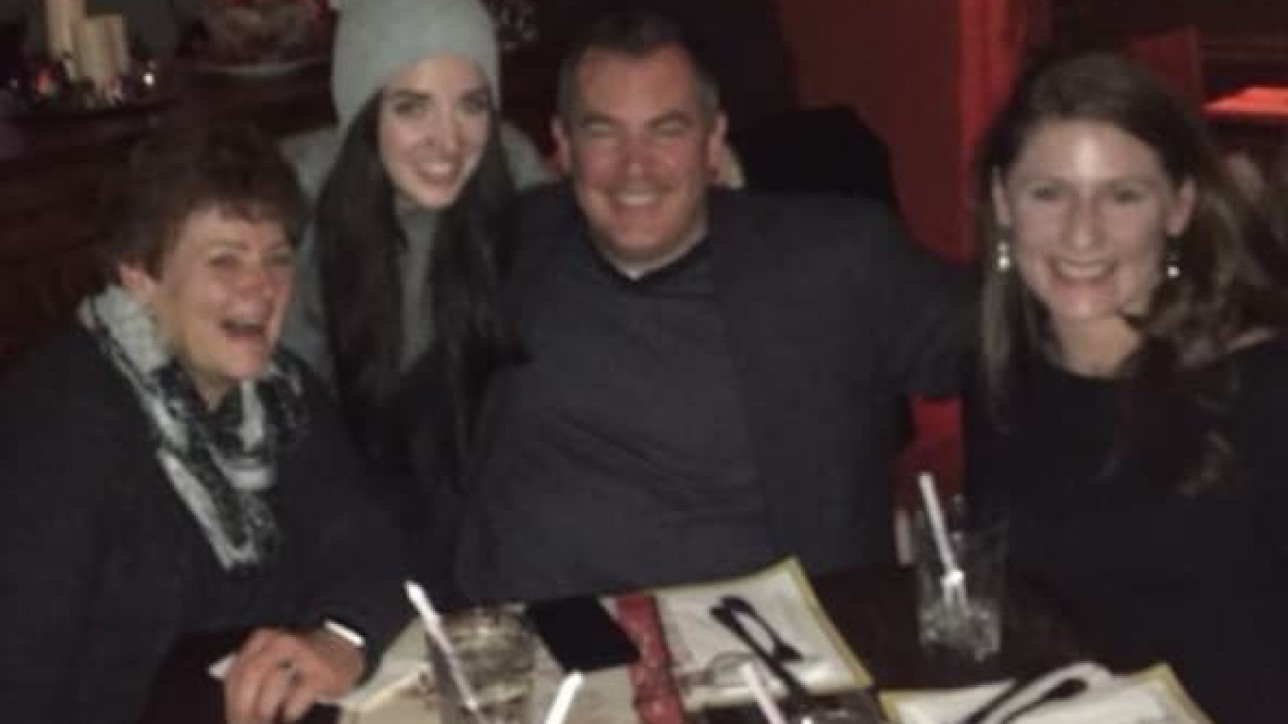 “Where are you going?” I asked the daughter as she floated toward the front door. I was perched in the chair that has become mine, and only mine, three feet in front of the 1990’s, 19-inch TV screen. The one with the cable wires winding their way across the otherwise somewhat attractively decorated living room of my house.

I was dressed in my hope-no-one-but-family-sees-me leisurewear. Toes were nestled in a pair of black and gold fuzzy socks: gold from ever-present Griffey dog hair; black from ever-present dirt across the hardwood floors of our humble home. My ample upper girth was obscured by my red Ole Miss fleece laced with dried cookie batter; my lower self sausaged in black yoga pants with aforementioned dog hair circling the hems.

The house was filled with wayward adult children home for the holidays, but I still had a few good days before the ceaseless string of celebrations hit full force. The celebrations, included, but were not limited to, several excessive gift exchanges, a Christmas Eve feast, two Christmas dinners with two different families, two birthdays of two family members and way too much eating and drinking that would climax on New Year’s Eve and, with any luck, cease the next morning when low-carb resolutions kicked in. I was perfectly content to sit in my chair and continue binge watching Easy, the Netflix series recommended to me by the daughter.

Who was, conversely, dressed for a night out.

“Where are you going?” I asked again.

“Into the city,” she answered. “I’m meeting Julianne and her dad.”

“You’re going into the city to meet the Shea’s and you didn’t ask ME?”

“I knew you wouldn’t go,” came her immediate and completely reasonable response.

Once, in another lifetime, nothing was too far-fetched, too uncomfortable nor too spontaneous for this carpe diem minded chick.

One year four of us drove straight-through to Florida, two surfboards bungee-corded on the roof of my Ford Pinto, to spend spring break sleeping on the beach. On. The. Beach. I spent three days in the back of a Trailways bus as I made my way across the country the summer after I graduated from college. On the same trip, I met a friend at a party or in a bar or on the streets of Sedona and, forfeiting the return portion of my round-trip ticket, opted to drive back east with her, the two of us sleeping in her car on the side of the road with windows wide open. On any given Friday on any given summer weekend my friend Patty would pick me up in her tan-colored Corvair and we’d head down the Atlantic City expressway for libations in Somers Point followed by three hours of sleep in a six-dollar a night rooming house in Ocean City. I’d jump in my car and drive hundreds of miles for 23rd birthday parties, weddings, concerts or just to spend a night with an old friend. I shot a gun in the backyard of a Shippensburg farmhouse, picked up hitchhikers, drove from Philadelphia to New York City for a midnight meal in the Village, watched the Preakness from the infield at Pimlico and regularly befriended bartenders, jockeys and struggling artists.

And then, somewhere along the line, the day seized me.

I no longer said yes to every adventure. I began to think about what was responsible. What was logical. What was affordable. And whether the fun I would ultimately have would be worth what it took to get me there.

Three kids and 25 years of parenting later, I’m no longer that go-to gal. It’s not a given that I’ll go. Or do. Or spend. Or drink. And, as much as I love sitting in my little chair watching my little TV in my  sleepy town with my dwindling family, sometimes I miss that go-to gal.

No friends epitomize the me I used to be better than the Shea’s. Tom and his daughter, Julianne, believe irrevocably, in seizing the day. While Tom’s wife, Jackie, rolls her eyes at their dreamed-up schemes and cringes at their foolish endeavors, she ultimately joins in and enjoys half of their crazy adventures. But, she, like me, is not the carefree creature she once was. She declined this last-minute invitation to meet in the city on a gridlock alert Thursday four days before Christmas. Just as I would have. Had I been invited.

Maybe it was the sting of not being invited that changed my mindset. It was certainly not a foolhardy idea. There was nothing dangerous or potentially disastrous about it. It was neither monetarily nor logistically prohibitive. There was no good reason why I couldn’t walk to the corner, hop on the 167, take the bus into the city, the subway down to Bleeker Street and have cocktails and dinner with my darling daughter, my good friend, Tom, and his daughter, Julianne, who was home from Chicago for the holidays.

“Look at you, Mom,” the daughter said. “Let’s hear it for spontaneity.”

The daughter looked at me sideways.

“You have no idea the things I used to do…”

The daughter bought me a subway token. I bought her dinner. Tom bought us drinks. Julianne didn’t buy anything. And the four of us toasted to a life of spontaneity. To being the people we want to be. To having the fun we want to have. And to remembering that a life worth living is one that’s worth living well.

Even when it means shedding your dog-haired clothes and putting your program on pause. Because hitting the Resume button is a really easy thing to do.