Shouldn’t they be grown by now? 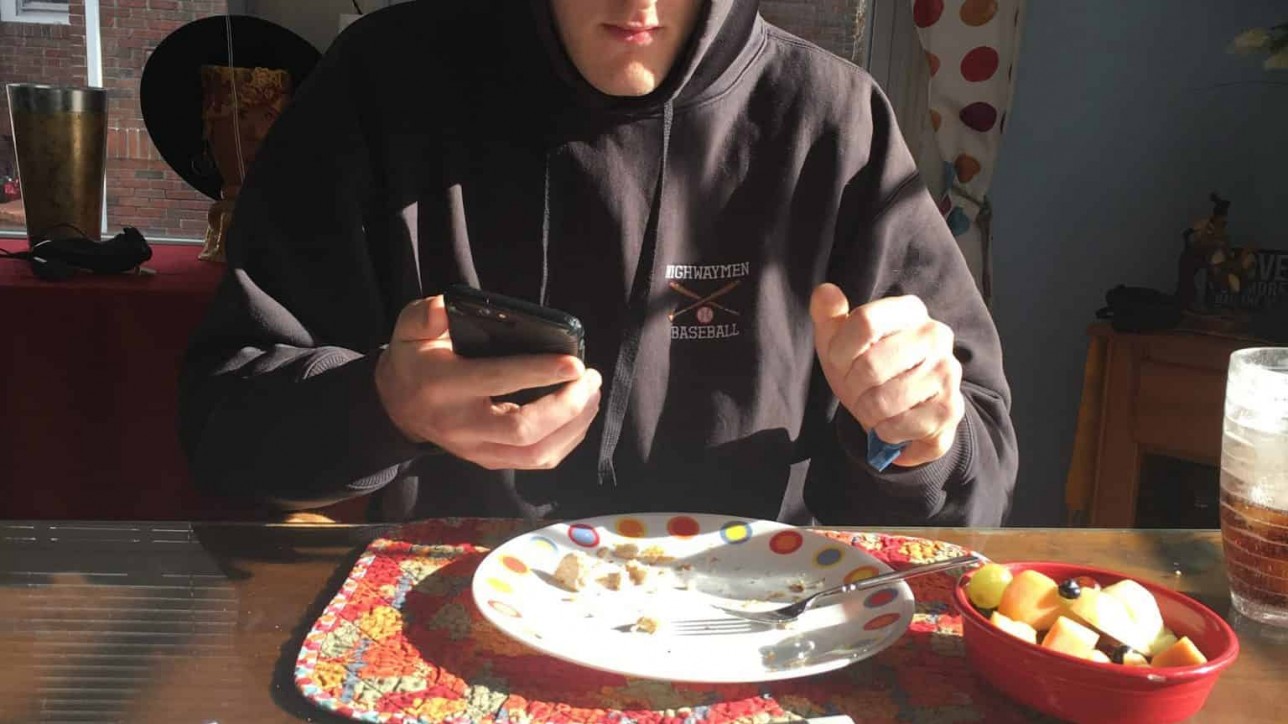 “Correct me if I’m wrong, but aren’t you the one who wanted all these kids?” my friend Laura responded when I uttered the words that many a mother has thought, but perhaps opted not to say aloud.

“My greatest fear is that this time next year, I could have all three of my children living at home again.”

I was about to have them descend upon me in full-force for one full month, which meant double doses of Xanax, triple shots of bourbon and quadrupled fears of what the far future could possibly, but improbably, bring.

My friend Laura has witnessed my motherly love through three newborns, three toddlers, three puberties, three teenagers and three adult children. She has heard all the horror stories — because after all, they’re much more interesting — from day one, and cringed internally every time I announced I was knocked up again.

It’s really not fair to complain about kids to someone who has none. Just as you shouldn’t diss your husband to a swinging single. I, of course, would never do the latter because my ever-loving spouse gives me absolutely nothing to diss. Instead, I double down on the offspring.

I love my kids. Of course I do. They know it, I know it. But, come on, enough is enough.

Shouldn’t they be grown by now?

The irony of saying those same exact words for the past 26 years has definitely not been lost on me.

I have woken up at 3 am too many times. Middle-of-the-night feedings were easy. At least I knew the baby was securely caged in its crib. Now, a middle-of-the-night tinkle means sighing at the sight of wide-open bedroom doors. Wondering where in the world they could possibly be at that hour. With whom. And why.

I have replenished the refrigerator too many times. When they were young, they were perfectly content with a steady diet of chicken nuggets and Kraft macaroni and cheese. Now they, of discerning tastes, require almond milk, unbruised fruit and Boar’s Head-only fresh-sliced turkey.

I have picked up shoes too many times. I have removed coats from couches, suitcases from stairways and sniffed too many half-empty water bottles to make sure I wasn’t pouring vodka into the dog’s bowl.

I have mediated mêlées too many times. I have kicked the Kardashians to the curb so the boys could watch basketball. I have demanded the daughter to be kind to the brother. Begged the brother to say something nice to the sister. I have defended the rights of each and every one of them when the mean father demanded rakers, snow shovelers or ditch diggers.

I have gone to bed too many nights with the house filled with kids clunking up to the attic to record music or shoot movies or do whatever else it is they do up there. I have woken up with wayward friends asleep in the basement, Domino’s boxes on the counter and every light in the house blazing bright.

I just want to sit in my chair and binge watch Shameless as a reminder that my crazy life is actually a good kind of crazy.

Alas, they came home. They always do.

And every day I woke ready to do battle. Ready to bellow, “My house. My rules.” Ready to curse and kick and cry.

Instead, the darndest things started happening.

The brothers and sister conversed. Kindly. About real things. They made their own lunches. Bought their own bagels. Washed their own clothes. They filled the car with gas. With their own money. They bought Christmas presents for relatives without being bribed. They watched movies together and invited me to join them.

They texted when they didn’t come home at night. They cleaned their hair out of the bathtub drain. They asked their siblings before taking the car. They solicited advice and took it. Once. They asked if it was OK if friends slept over on New Year’s Eve. They replaced a borrowed bottle of Grey Goose almost before I noticed it was gone. Almost.

Alas, they left. They always do.

Because, thankfully, I was the one who wanted all these kids.

Just not all three as full-grown, full-time roommates in one house at one time.

After all, enough is enough.