The Beauty of Long Distance Parenting 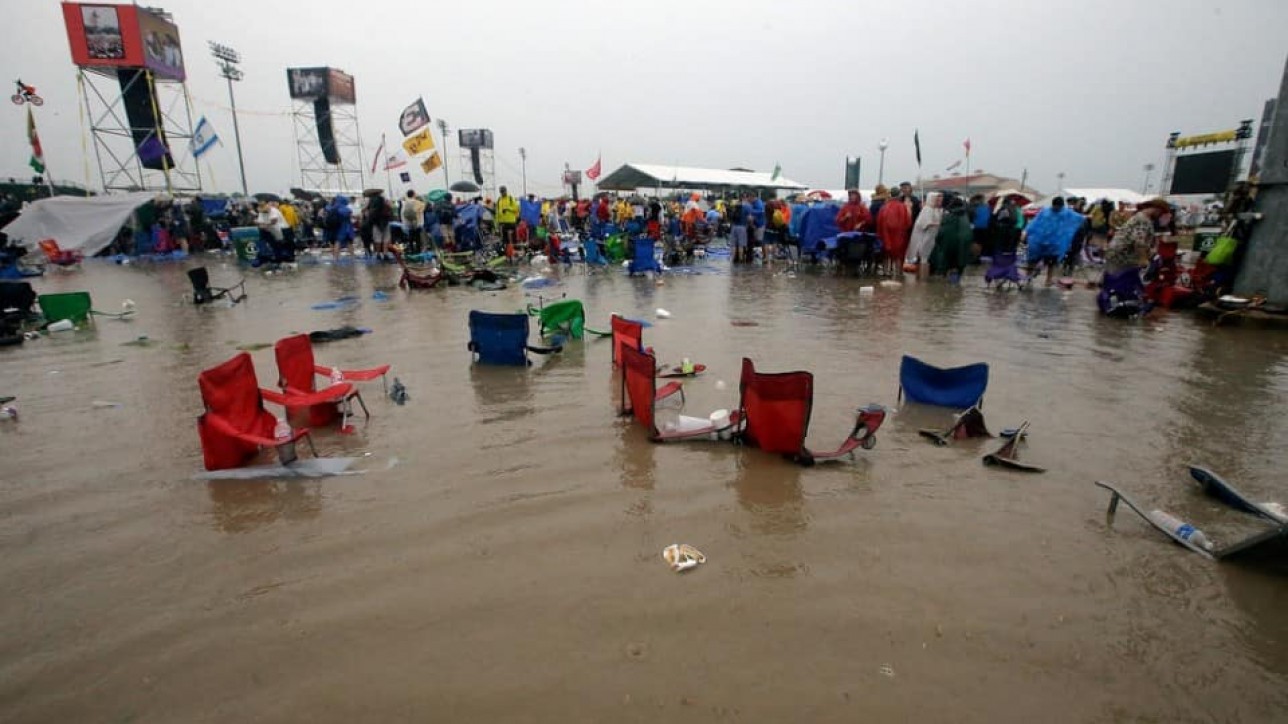 “Mom! Going to Jazz Fest. They’re literally calling for a monsoon!” the daughter texted from New Orleans this spring.

“Great! Have fun!” I responded, and turned my attention back to the Words with Friends game in which I was finally beating the mostly unbeatable Tom Shea.

Sure enough, it poured.

“MOM! I ALMOST DROWNED! Don’t you care??” the daughter text-screamed that evening.

After all, almost is the operative word.

“Mom!” the middle child shrieked on a rare phone call in April.  “I think I have bed bugs.”

“That’s nice, dear. Make sure you rid of them before we come for graduation,” I said and turned the volume up on The Voice.

“Mom!” my youngest texted the day after the 30-inch blizzard this winter. “I don’t have any boots or gloves.”

It took me many, many years, but I have finally found my parenting niche. What I excel at. What I enjoy. What I have perfected.

Parenting from a distance.

When my kids are away from home, whether it’s across the country, out of the country or just halfway down the turnpike, I am the parent I have long aspired to be. The kind who can parent without heart palpitations and sweaty palms. The kind who allows their kids to feel a little bit of discomfort. Cook their own omelets. Call AAA for themselves, for the third time in a month. The kind who believes in the power of learning that actions have consequences — whether it’s forgetting a key and getting locked out of an apartment or forgetting to take the smelly trash bag out before leaving for Spring Break.

I think of my kids with fondness when they’re away. I take pride in their independence. Their fortitude. Their courage. And their character.

When they’re not around, I never, ever fear for their safety, let alone their well-being. I assume I’ll hear if something happens. And if it does, my biggest worry is that the authorities won’t wait until morning to call. As a matter of fact, until I recently started playing Words with Friends into the wee hours, I not only left my cell phone downstairs charging in the kitchen, but turned off the ringer on my bedroom phone.

When my kids are away from home, I don’t think about what they are eating or if they remember to turn off the stove when they’ve finished cooking. I don’t wonder what classes they’re taking, or if they’re even going to class. I don’t care if they drink too much, stay up too late or fight with their friends.

They live their life. I live mine. They show their love with an occasional emoji and I show mine through Venmo.

But, inevitably, they come home and all that parenting progress I’ve made crashes and burns.

The daughter was coming home for a brief stint a couple weeks ago before traipsing off to Ecuador. Her flight was delayed so many times because of imperceptible weather conditions that it ended up taking her 24 hours to get home.

“Mom!” she texted when she finally got to Chicago and learned her connecting flight was canceled. “Should I get a hotel room?”

“No,” I answered. “Put your head on your bag and sleep on the floor.”

Two days after her sleepless night in the airport, she went off to the Governors Ball, which has nothing to do with Andrew Cuomo, let alone Chris Christie. It’s a three-day musical festival in New York City featuring a wide-range of performers. Most I’ve never heard of, but one I saw on Keeping up with the Kardashians. Since we’re just a stone’s throw from the city, the daughter mostly took public transportation in and out. I say mostly, because she conned the father into a ride or two. After all, paying for tolls with our EZ pass is way preferable to pulling out one’s own Metro Card.

The forecast was for rain.

I left her snacks on the kitchen counter and pummeled her with angst-induced questions. I asked her what shoes she was going to wear and if she cared if they got muddy. If she thought she’d be too cold in a sleeveless top. If she would leave when it rained. And I even asked her if she wanted a plastic bag for her phone.

I have to give her credit. Now that she’s twenty-four, the eyes don’t roll quite so far back into her head. And she’s better at biting her tongue. Rather than ridicule my ridiculousness, she merely responded with a request for cash, just in case the debit card didn’t work.

Being on home base rather than her usual 1313 miles away, I envisioned her alone and abandoned in a field in the midst of a lightning storm while the last of the soggy riders stampeded onto the (cash only) ferry. So, I dug deep in my pockets and gave her every dollar I had.

The youngest, who has turned into the most rebellious of the trio, is home for the whole, long summer. He is out most nights till well after 3 am. I don’t know what he’s doing, nor do I want to know, but I leave the hall light on. That way when I wake up every hour on the hour, I will know when he has made it home alive.

I ask him multiple times a week what time he’s working and when. And on the days he has to be there early, I always, always wake up. I lie in bed straining my ears to hear if the shower goes on. And when I can no longer resist, I get up and go to the bathroom. On my way back to bed, I pause at his bedroom door and tell myself not to do it. But I do. Every time.

I push open the door.

“Don’t you have to get up?”  I ask in my most innocent voice.

And uh, would it hurt to be on time? I think, but instead say, “Oh, sorry! I thought it was later than it is!”

Then I retreat back to my bed where I lie stiff as a board until I hear him pound down the stairs.

Somehow I forget that these kids manage to get themselves up all year long without me. Or maybe they don’t. But I don’t care if they’re not under my roof.

I’m not bad as parents go. I’m really not. I never say no to anything. Not that my disapproval would make a difference to my of-age children anyway. I encourage them all to take chances, spend time with friends, seek out fun, try new things and never say no to an adventure. I feed them. I talk to them. On occasion, I will even defend them and their harebrained schemes when they’re up against their ever-sensible father.

But when they’re home, I just can’t keep myself from reverting back to my poor parenting and barraging them with questions. Where did you go? Who was there? Do you need gas? Don’t any of your friends have to get up early for work? Did you eat breakfast? Do you want me to make you a sandwich to take to work? Did you clean your room? Did you check the air in your tires lately? Did you read that book your father gave you? Do you have your phone charger? Do you have a jacket? Do you have a water bottle? Do you know what time you’ll be home? Did you lose your razor?

The only question they actually answer is, “Do you need any money?”

And somehow, I’m always surprised when the answer isn’t, “No, Mom. I make more than you do. I’m good.”

Sharing a home with adult children is a whole different ballgame. Sometimes I’d love to go back to the days when I could strap them in the stroller or silence their screams with a pacifier. When I could trick them into going to bed early by setting the clocks ahead and keep them from going out at 11 pm. On a work night. I miss the days of being able to bribe them with candy, contain them with Disney movies and make them go to church.

Instead, I just have to hope that all that controlling didn’t scar them for life. That wherever they go, whatever they do, that they do it with confident caution. That they listen to weather forecasts, traffic reports and their mother’s advice.

And, that they’ll remember to turn out the lights when they finally come home.