The best of the best doing their best 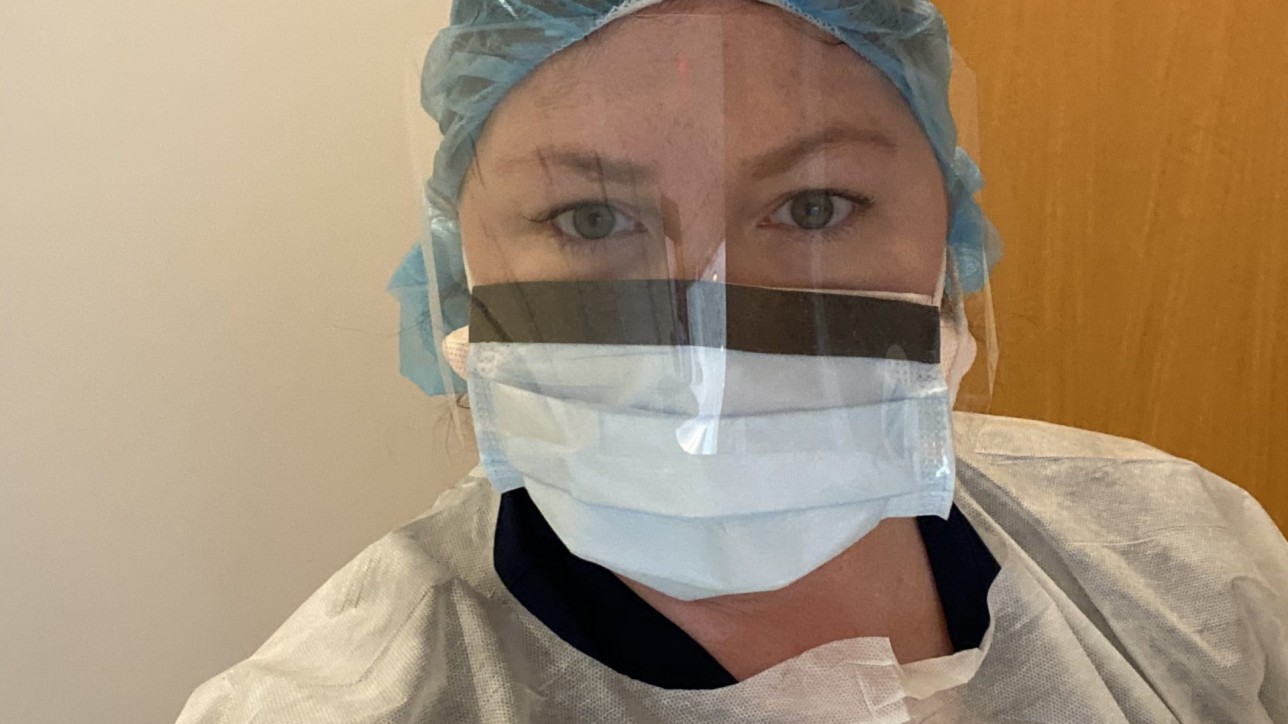 Despite my many health-related incarcerations, I have only been sick, really sick, once. I was hospitalized for nearly three weeks with pancreatitis and spent seven of those days in ICU. Though it was nearly twenty years ago, it’s still as vivid in my mind as yesterday’s distress after binge-eating an entire bag of chocolate Easter eggs.

I remember waking up in the middle of the night alone in a room, tubes dangling, machines whirling, TV flickering. On the screen was a bejeweled woman in a turban, a medium as it were, calling out to the spirit world as she communicated with the dead.

After getting through that night without passing over to the other side, I remember the unsettling sense of not being able to see my children who, at the time, were nine, seven, and five years-old. I’d been having weird and fierce stomach pains for a couple of weeks and had scheduled an endoscopy to figure out what was going on. The youngest was not yet in school, so I dropped him at Claire’s house, promising I’d be home in an hour. As it ended up, I was sent by ambulance from the doctor’s office and neither he, nor my other two kids, saw me again for far too long. I didn’t necessarily miss being a short-order cook, laundress, peace-keeper, taxi driver, sports spectator, and anchor. But, my heart hurt as I felt their fear, confusion, anger, and angst.

We all forget pain; if we didn’t, none of us would have siblings. But, certain memories simply don’t fade. Like when the twilight drugs didn’t work during my hip replacement and I laid awake through the entire surgery.

“I feel you sawing my bone. Now you’re tugging the old hip out. Now you’re stapling up the incision,” I warned the surgeon who thought it was just Betsy being Betsy, assuming I’d forget it all when it was over. Which, of course, is what should happen, if the anesthesia did what it was supposed to do. I didn’t feel any pain – it was like Novocain during a root canal. Painless, yet unpleasant. But, not scary.

Scary was being alone in the hospital with pancreatitis. Though, my ever-loving spouse visited regularly, he couldn’t spend endless hours with me. While our kids loved nothing more than hanging out with Claire and her four sons, they also needed that sense of normalcy, that old iron-fist that only a father can foster. But, that meant that I was often alone, trying to decipher the doctors’ words and deeds through my sick-hazed brain.

One of the side effects of my pancreatitis was an abnormal amount of fluid in my lungs. I couldn’t swing my legs to the side of the bed without exhaustion. Nor I could I take ten consecutive steps without stopping to rest. Every few days a nurse would come into the room with what appeared to be a three-foot needle and stuck it in my chest, filling liter-sized jugs with beer-colored liquid.

“Am I going to die?” I asked one of the doctors.

He responded with a firm hand on my forearm. The forearm that was finally free of the IV tubes now that they had created a port in my neck.

Just a firm hand, a grimace, and a report back to the spouse that his bride knew it was a distinct possibility.

The spouse responded by holding my hand and telling me definitively that I was not going to die. And, that reassurance made all the difference.

Meanwhile, back in real life, I’m often glib and snarky and dismissive when people moan and groan over their illnesses. I’m a flu shot resistor, a suck-it up mother, a this-could-be-so-much-worse kind of friend. You know, the kind of person you love to hate when you’re not feeling well. And, sometimes when you’re feeling just fine.

But, COVID-19 has removed a layer of my snark. I’m not worried about me. I can deal with whatever comes my way. But, what breaks my heart are the ever-increasing stories of people, some of whom I know, who are alone in the hospital. Whose spouses can’t visit. Whose kids can’t visit. I ache for those who have died alone, whose final farewell with loved ones was through FaceTime. Or whose last face-to-face was with a nurse with a kind smile concealed behind a surgical mask. For the new widow who is quarantined and can’t even see her adult children in her grief. For those who are wondering what that firm touch on the wrist means. If, indeed, a firm touch is even allowed through protective gear.

I continue to read my spouse’s news stories. The ones about refrigerated trucks serving as mobile morgues. The ones about choosing who gets a ventilator and who dies. The ones about overtaxed health care workers. I feel horrible for the high school and college seniors, the missed proms, the postponed weddings, the canceled (gulp) cruises.

And, I just can’t stop thinking about the absurdity of it all. That this is the year 2020 and we can’t do better.

In the meantime, we’re doing the best we can. We’re suffering through quarantines. Covering our coughs and cringing over rogue sneezes. We’re washing the skin off our hands and proselytizing about what is and isn’t the right thing to do. We’re sanitizing and social distancing, zooming with friends and attending church on Facebook feeds. All of us waiting and wondering, hoping and praying that this too shall pass.

Then, there are those good, selfless people out there who don’t have the luxury of complaining about limited grocery store hours, shortages of toilet paper, parks being closed, salons being shuttered, or mandates to work from home.

You know the ones. The ones who really have a right to complain. The ones who are out and about doing what needs to be done. The ones we are applauding from our porches and balconies in community-wide thanks.

To all the fearless who are getting us through this, I don’t know what else to do but to wish you Godspeed.

And to pray that when all this is over, your lives will be ever blessed with all the good the world has to give.

You are the best of the best.