The Bo-Betsy Stories Chapter One 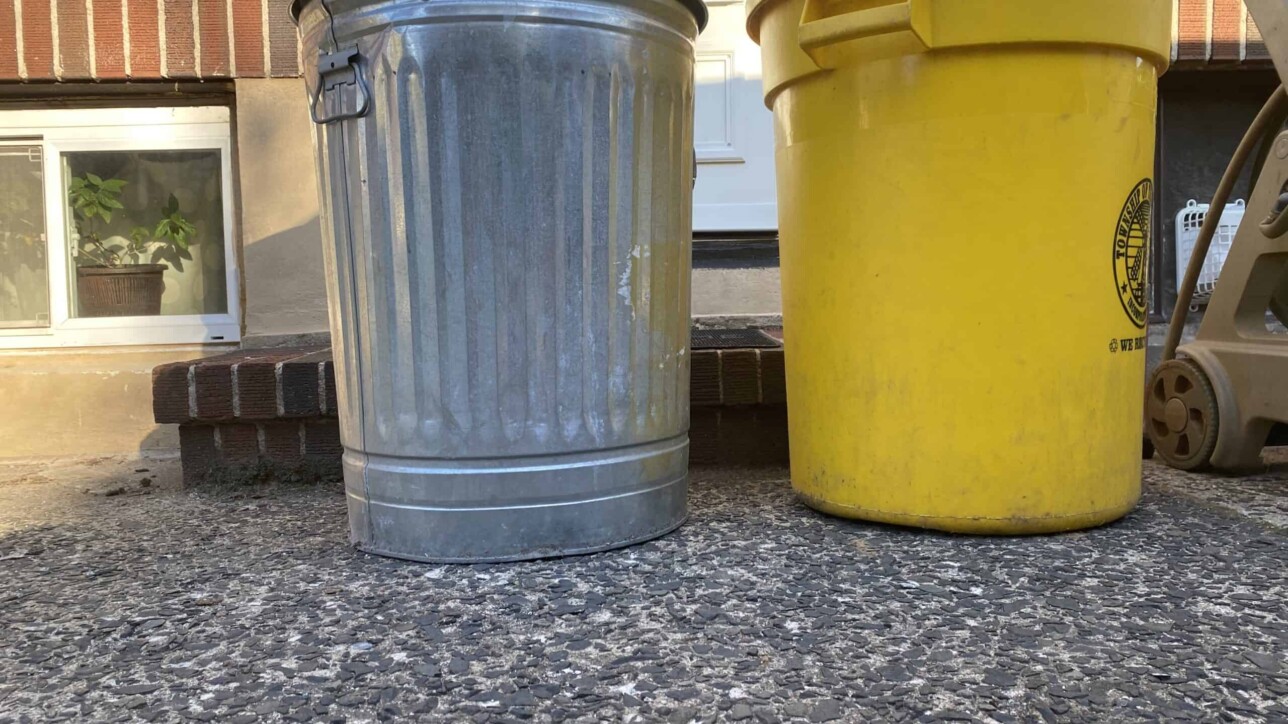 I’ve changed the names and some defining details to avoid unintended humiliations, forced retractions and potential lawsuits. My hope is that I’ve captured the essence of a childhood grounded in a much less complicated world and that you’ll see yourself, or your ancestors, in this storyteller’s stories.

Chapter One: The Metal Trash Can

When your mother was young, she was the proud owner of a beautiful blue Schwinn bicycle. It had shiny silver fenders and a seat that was half white and half blue with a big S that swirled through the middle of it. It didn’t have fancy gears or streamers coming out of the handlebars. It didn’t have a horn or a bell or a basket for carrying Pookie the cat. In fact, it was a rather ordinary bicycle, but one that your mother loved dearly because it got her where she needed to go.

On this particular day, where she needed to go was just three doors down to the house in which Bo-Betsy lived. She could have easily walked and, in hindsight, probably should have, but there was always a chance that the two friends would want to ride their bikes around the Fairways later. The Fairways was what they called the neighborhood built on the edge of North Hills Country Club where Billy Andrews, Joey Rankin, and Pink-Pink-We-All-Turn-Pink-Cause-Harry-Rogers-Stinks lived. But more about them later.

It was a Wednesday, which meant it was trash day. There were garbage cans at the end of every single driveway on Woods Road, except for in front of the Duncan’s house. The Duncan’s didn’t have any trash because they didn’t have any children. The houses that were filled with children, like Bo-Betsy’s and your mother’s, had two and sometimes even three cans at the end of the driveway – all waiting patiently to be emptied into the big, loud trash truck.

And therein laid the first problem.

Such was the scene of that spring day long, long ago, as your mother came flying down the driveway at 308 Woods Road. Her driveway was one of the steepest on the street, with the Gardner’s in close contention. It was so steep that once her father – who later became your grandfather – forgot that he was no longer a teenager and went so fast down the driveway on a skateboard that he fell off and broke his ankle.

But back to your mother. She was fearless. So fearless, in fact, that she didn’t put the brakes on the whole way down the steep, steep driveway and all the way down to Bo-Betsy’s house.

Therein laid the next problem.

Faster. Faster. Faster she rode. Past the Sorenson’s white brick house, past the Edward’s barking English Setters, past the Hunsicker’s (that was Bo-Betsy’s last name) azalea bushes. The pedals were spinning fast, fast, faster than her feet could go, so fast that she had to make a split-second decision. Should she pump the brakes or go for the gold? The gold being the elation she’d feel, not to mention the subsequent praise, after making it all the way to the top of Bo-Betsy’s driveway without ever pedaling at all. And because Bo-Betsy’s driveway was steep, but only half as steep as hers, she knew what she had to do.

Just as she leaned into the turn, just as she looked up to see Bo-Betsy’s wild red hair furling around her gap-toothed smile, just as she was getting ready to pump her arms above her head in victory…

Your mother slammed into one of Bo-Betsy’s metal trash cans and fell off her bike, flat on her face.

There was an awful lot of commotion and Bo-Betsy’s mother, followed by Pongo, the family dog, came running out to the driveway. Your mother was standing up by now with blood pouring down her leg. But she didn’t shed a single tear. Your mother was really, really brave.

Mrs. Hunsicker wasn’t quite so brave. She took one look at your mother’s torn-up leg, put her hand on her heart and said, “Oh dear. Go, go! Go on home and get that taken care of. Right away.”

Even though Mrs. Hunsicker had four children of her own, who were forever getting cuts and scrapes, she simply couldn’t stand the sight of blood. So your mother abandoned her Schwinn bicycle and hobbled all the way home to get her cut cleaned up by her own mother who was far less queasy than Mrs. Hunsicker. She probably should have gone to the hospital to get stitches, but if she had, she wouldn’t have a scar the length of her leg to remind her of the incident.

Once the 23 Band-Aids were removed from her leg-long cut, your mother fully recovered and was able to ride her bike again. But in the meantime, word got out about her accident and someone, somewhere, decided that maybe metal trash cans were just a little bit dangerous. And that perhaps the fearless, the daredevils and even the basic bicycle-riding children of the world deserved better.

And that, my dears, is precisely why plastic trash cans were invented. All because of your very brave, but very scarred mother.

day one friends, life in the 60s, lifelong friends