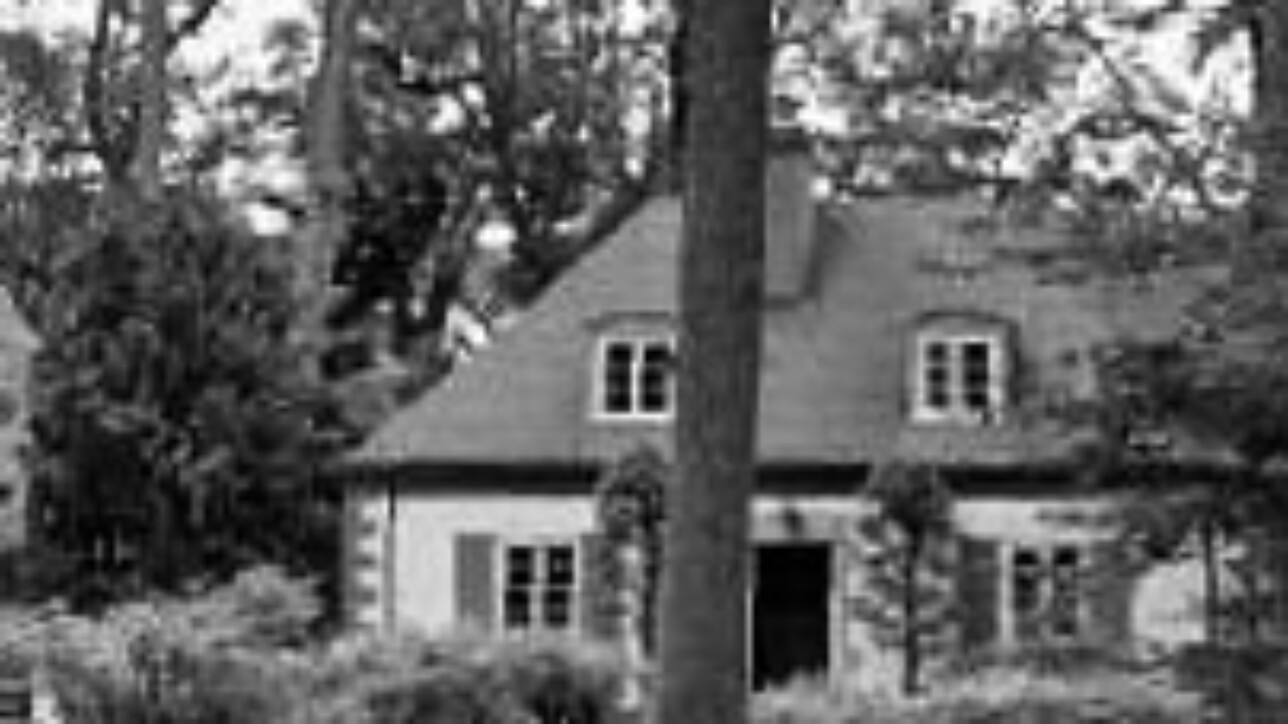 I’ve changed names and some defining details to avoid unintended humiliations, forced retractions and potential lawsuits. My hope is that I’ve captured the essence of a childhood grounded in a much less complicated world and that you’ll see yourself, or your ancestors, in this storyteller’s stories.

Your mother and Bo-Betsy loved to read. As a matter of fact, Bo-Betsy learned to read before she even went to kindergarten. Your mother wasn’t quite as quick, but not wanting her friend to outdo her, she soon caught up. They read Charlotte’s Web. They read Winnie the Pooh. They read all the Bobbsey Twin books. They read Pippy Longstocking. But their favorite book of all was Harriet the Spy.

Harriet the Spy was a character who would sneak around and spy on all her neighbors. She’d peek in windows and under doors. She’d creep through the woods and hide in cars. She’d listen to people talking and she’d keep a diary – a tiny little notebook where she wrote everything down.

One summer day when your mother and Bo-Betsy were particularly out of sorts, they decided to play Harriet the Spy. Your mother was Harriet and Bo-Betsy was her special assistant, and the keeper of the diary. After all, she was the one who grew up to be a writer.

They put on black T-shirts and blue jean shorts with lots of fringe to camouflage themselves from any random Neighborhood Gang members, mailmen, or TV repairmen who happened to cross their path. They tossed off their flip-flops and laced up their fastest sneakers – just in case they had to make a run for it.  Bo-Betsy nabbed a pocket-sized notebook from her father’s desk in the den and off they went out onto Woods Road.

The first place your mother and Bo-Betsy decided to spy on was the very secretive, very scary, very dark and gloomy house down the street nestled deep in the woods between the Wert’s and the Siefert’s houses. This house, where the Trouts lived, looked like a cottage in a fairy tale, the kind in which evil things happened. No one had ever seen Mr. or Mrs. Trout. But everyone knew they were very old. And very ugly. And very, very mean.

Your mother went first. She was always the brave one. Bo-Betsy lurked behind, but not too far behind, because your mother kept turning around hissing, “Come on! Do you want to be Harriet the Spy’s special assistant or NOT?”

Bo-Betsy did want to be Harriet the Spy’s special assistant very, very  badly, so she crept down the driveway —slowly, slowly, in itsy-bitsy, teeny-tiny steps. It wasn’t the longest driveway on Woods Road, but it certainly was the creepiest. You see, the Trout’s house had a very peculiar front yard. There was no grass. It was all trees and bushes and this stuff called pachysandra. Almost every house on the road had clumps of pachysandra somewhere on their property because there were so many trees that it made it hard to grow nice, thick, green grass like you see all over suburbia today. If half the lawn was filled with ground cover like pachysandra, or myrtle, another Woods Road favorite, it made it much easier for the local teenagers to cut the lawn. But, the Trout’s was different. It was overrun with pachysandra and myrtle and leaves and twigs and all kinds of wild weeds filled with all kinds of evil spirits.

Suddenly, there was a crick, crack, crackle in the woods. Your mother jumped. Bo-Betsy jumped. Bo-Betsy turned and started running as fast as she could back up the driveway, her heart pound, pound, pounding. She had never been so scared in her life. Finally, and timidly, she turned around to see if your mother had been captured. But there she was, half-way down the driveway with her hands on her hips.

“That’s what you were afraid of,” your mother laughed, pointing into the wooded front yard.

“You are such a scaredy cat!” your mother said. “It’s just a silly squirrel!”

By then Bo-Betsy’s heart had stopped pounding so she laughed it off and walked nonchalantly back down to join your mother. Very bravely, they snuck around to the backyard and right up to the window next to the big wooden door at the corner of the house. Bo-Betsy stopped for a minute to jot down some notes about the big adventure.

“C’mere,” your mother whispered, signaling Bo-Betsy to join her. “Hurry up! We can see right into the kitchen!”

Bo-Betsy shut her notebook and slipped the pen behind her ear like she had seen her own mother do when she was making her grocery shopping list. She scrambled over to join your mother who was standing on her tiptoes on top of a big, big rock, her chin resting on the brick window sill.

“What in the world are you doing?” a big, deep voice bellowed.

“Ahhhh!” Your mother and Bo-Betsy screamed at the top of their lungs and toppled right off the big, big, rock. Over and over they stumbled until they landed on top of each other in a heap on the ground.

Standing over them was a very tall man. Taller than Bo-Betsy’s father. Taller than your grandfather. Taller even than Wilt Chamberlain who was a very famous and very tall basketball player. He had white tousled hair and a long white beard and boots that were bigger than the biggest boots in the whole wide world. He was towering over them with his eyes narrowed as they quaked in fear.

“So, which one of you is going to answer me?” the tall man demanded. “What in the world were you doing, peeking in my window?”

Now, Bo-Betsy who always talked too much, and even more so when she was scared, started right in

Your mother elbowed Bo-Betsy hard, right in the gut

“Come with me,” the tall man said and reached out his hand to help the girls up. They were very, very scared as they followed him through the big wooden door into his dark and creepy house.

The tall man pushed the door closed behind them.

“Mrs. Trout,” he called to his wife. “Look who I found looking in our windows.”

Into the room came a teeny-tiny woman, about half the size of the tall, white-haired man.

“Aren’t you the little Sommerville girl?” she asked in a voice as teeny-tiny as her stature. “And, you. You’re a Hunsicker, aren’t you?”

The two of them nodded wondering how in the world this woman, whom they had never seen, could  possibly know who they were.

“Well, then. Come on in and have some cookies,” Mrs. Trout said.

Your mother poked Bo-Betsy in the gut again as they moved slowly into the kitchen, fully expecting to find fried frogs feet and pointed pigs toes and baked boys ears and little girls eyes boiling in pots on the stove. But what they found instead was the cutest little kitchen with yellow cabinets, red and white checked curtains and a red Formica-topped table against the far wall. On top of the table were yellow and red flowers spilling out of a blue ceramic pitcher and a plate of freshly-baked chocolate chip cookies.

But your mother, who was braver than brave, took a big, defiant bite right in front of Mr. Trout. Bo-Betsy held her breath waiting to see if your mother would conk over and die.

But she didn’t. She just smiled and said, “These cookies are great!”

So Bo-Betsy who even as a grown-up can’t pass up a sweet, took a cookie – and then another and slipped a few in her pocket to take home to her guinea pig, Albert. Your mother ate three cookies, which was a lot for her, and then she was full.

“I can’t wait to put this in the diary,” your mother said. As if she were the one who would be doing the actual writing.

“And just what will you write?” the man, who didn’t seem so tall anymore, asked.

“I’ll write about all the dead bodies we found inside your house.”

Everybody laughed and laughed.

The Trouts ended up being as nice as any grandmother and grandfather you’ve ever known. But for years and years after the days of Harriet the Spy, your mother and her special assistant, Bo-Betsy, kept the secret of the Trout house. Because of all the kids in the whole Neighborhood Gang, your mother and Bo-Betsy were the only ones who cared enough to find out the truth. And they weren’t about to share that truth with anyone.

Which is why to this day, whenever Lois Houck, Peggy Ricketts, Tommy Dickinson, (or his little brother, Bobby), Susan Hetherington, Susan Hunsicker, Susan Wert, Susan Evans, Stevie Betz or Buzzy Gallagher pass by the Trout’s house, they still shudder and move just a little more quickly.

But your mother and Bo-Betsy not only found two new friends, but learned a valuable life lesson that day. Just because someone says bad things about someone else, doesn’t mean you have to believe it. You have to find out the truth yourself. And when you do, you must always, always be willing to rewrite the story.

best friends, childhood memories, growing up in the 60s