The Fine Art of Letting Go 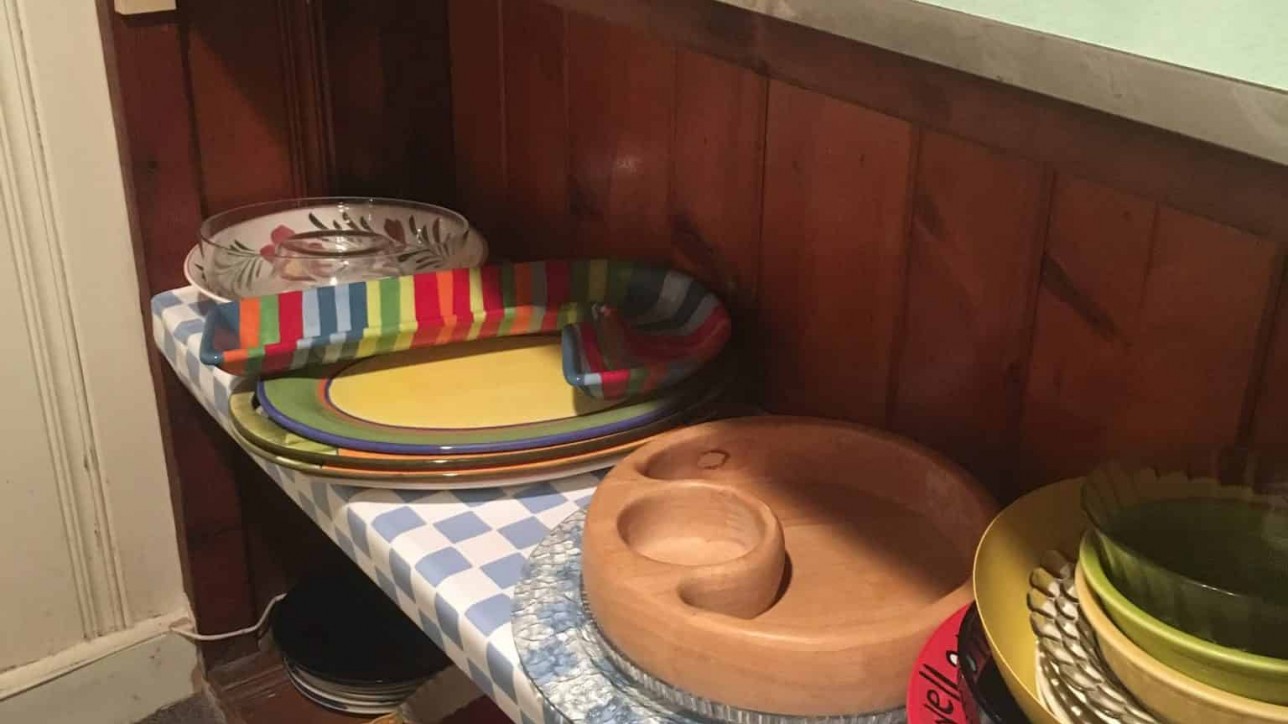 Max is the child I call on to help me with the household drudgery that I can’t seem to bring myself to do. He does the grocery shopping. He cuts the lawn. He organizes kitchen cabinets. He walks the dog. And he cleans out the basement.

We have lived in our “new” house for almost 12 years now, having moved from a cute little Cape Cod on the other side of town.

There was a lot of fun crammed into that little house on Broad Street. We had a Fisher Price tool bench. A make-believe kitchen. A plethora of plastic food. An army of soldiers. A lot, a lot of Legos. Toy cars and more toy cars. And of course, the requisite Little Tikes orange and yellow cozy coupe. Every toy fire truck ever made.  A bevy of books.  Costumes and coloring books. Magic markers and building blocks. Stacking rings and wooden trains. 53 million stuffed animals. Musical instruments and soccer balls, wiffle balls and beach balls. A yellow metal construction truck and matching crane. A personalized rocking horse and Barbie dolls. Lots and lots of Barbie dolls. Transformers and Power Rangers. A Buzz Lightyear and a Tamagotchi. A multitude of VHS movies and cassette tapes filled with Raffi singing silly kid songs. Games. Board games and card games. Electronic games and educational games. And lots of random playing pieces, action figures, tiddly winks and Lincoln Logs in plastic shoe boxes all over the house. All over the house.

Yes, there was a lot of fun crammed into that little house on Broad Street. But that fun came at a cost. It was a house filled with clutter and chaos. And never a second of calm. We lived directly across the quiet street from a playground, making our house a highly desirable toddler destination. But, the mothers of those toddlers, they knew never, ever to come to my house unannounced. Once, just once, my playgroup friends Anne and Kerri did just that. And they still talk about the look of horror on my face as I stood with them on the doorstop floundering over excuses for why they couldn’t enter the house.

When, gambling on winning the lottery between then and now, we depleted the college fund and moved to a bigger house across town, I crossed the first big something off my bucket list.

I got a dumpster.

My friend Claire, who had also long coveted a dumpster, came and helped me sort out treasures from trash. Having a strong aversion to inanimate objects, she was ruthless.

“You can’t throw that out!” I screeched, grabbing the little straw box with the pink and blue flowers out of the to-go pile. “I got that on my high school trip to Nassau!”

She rolled her eyes and held up a Phillies’ ticket from 1980.

“That was the year they won the World Series!” I cried.

“I can name every single player on that team!” I protested.

I reluctantly let the ticket flicker into the pile with the legless kitchen chair and two-wheeled tricycle.

I was bullied into disposing of 49 pieces of Tupperware, 36 of which had no lids. I was allowed to keep no more than five tote bags, of which I had 28. I could keep wedding presents as long as I had used them in the last ten years and only if I could identify who they were from. Little did Claire know that when I kept running upstairs, I was checking my wedding present list that was tucked on a shelf next to my computer.

When all was said and done, I still moved way more than I should have to our new house. But the house was bigger, had a huge garage and eaves in the attic where I could store boxes and boxes of all-important items that, for the record, remain in the same boxes, in the same attic, 12 years later.

As I pulled out of the Broad Street driveway for the final time, minivan loaded down with breakables and can’t-bear-to-part-with objects pulled out of the dumpster when Claire wasn’t looking, I vowed, in a Scarlett O’Hara moment of earnestness, that I would never, ever live in that kind of chaos again.

And I haven’t. I hired a cleaning professional who kept the new house clean until I couldn’t stand the night-before, pre-cleaning pressure and sent her packing. I now have cobwebs and dog hair decorating corners of my living room, but if someone stops by unannounced, they are always allowed inside.

But the basement. The big basement with the La-Z-Boy recliners and the big TV and the 50s-style bar across one end, slowly but surely became a dumping ground. It became loaded down with baseball bats, coolers, musty luggage, broken printers, CDs, unused computers, sports trophies, half-filled water bottles, fully-empty liquor bottles, ragged sheets, ragged rags, rolled up rugs, unrolled wrapping paper, boxes and boxes of china and silver and drinking glasses, dozens of platters and serving bowls, a sofa bed that I refuse to pay to dispose of, and of course, the three-legged chairs. Plural.

“Absolutely not!” I cried as I pulled the tarnished-beyond-recognition napkin ring out of the to-go pile. “That was my napkin ring when I was growing up.”

“You have never in my lifetime used a napkin ring.”

“I’m going to start,” I said, snatching it from him.

And in the end, because I’m the mother, I won. Boxes and boxes of never-seen-the-light-of-day china and silver and no! You can’t get rid of that – that was Aunt Mary’s trinkets made their way up to the attic.

Before the garbage went out, I rooted through the bag, letting the cleatless football cleats and the unstrung youth baseball gloves go. But, I pulled out the dog bowl that had held Chester’s (the dog that’s been dead for seven years) last meal. And everything else went up to the attic.

And, I know he will.

I just have to hope that as I bow out of this world, forty years hence, and my kids use their meager inheritance to get a dumpster, that they forgive me for being a memory mongrel and trying to immortalize mortality.

And that, as they toss all those boxes and boxes of inanimate objects, that I’ll be looking down (or up, as the case may be) with a smile, knowing that I’ve finally learned the lesson of life. That I’ll have, at long last, come to terms with what I’ve known all along.

It’s not about the things that are stashed in attics or in boxes in basements. It’s the memories that are stored in hearts. That’s what’s going to keep you alive.