The Making and Keeping of Lifelong Friends 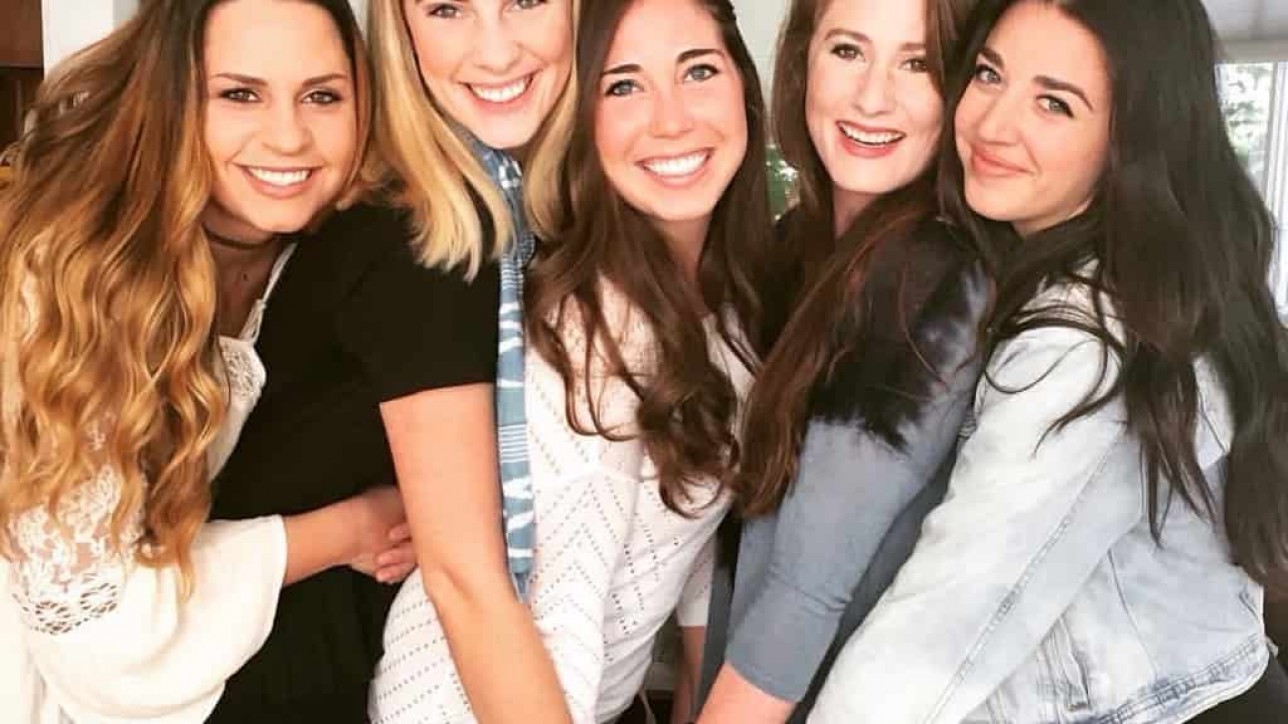 “What if one of my kids goes to Duke?” Julie asked as we crossed the brick-lined Chapel Hill campus at the University of North Carolina last weekend. We had rejected Uber in favor of our own two feet, hoping to assuage hangovers and get our 10,000 steps in before chowing down on the world’s best BLT sandwiches at the slightly-further than walking distance, Merritt’s Store and Grill.

“Duke? Are you insane? Your child will NOT go to Duke,” Molly screeched.

“Well, I’d do everything I could to encourage them not to, but…”

“Oh, please,” Julianne piped in. “You have to let your kids live their own lives!”

Totally ignoring such a universally wrong response, Lauren continued. “Could you imagine if all our kids went to UNC together?”

“But would you let them live at Bar Carr?” asked Julianne’s father, referring to the mildly cockroach-infested, homeless man-in-the-basement, fun-filled house the five of them lived in together for two of their college years.

“We’ll be rich by then,” I promised. “We’ll tear it down and build a really fancy modern house on the same lot for them to live in. With a grandparent bungalow in the backyard.”

“What if they don’t even like each other?” one of the girls asked quietly.

“It’s just so sad,” Lauren lamented. “We’ll never be all together again.”

“What are you talking about? You guys see each other all the time,” I chimed in.

“I just mean we’ll never all live together in the same place ever again.”

Talk about a buzz kill.

It was a beautiful Sunday afternoon and we were in Chapel Hill for the third annual parent-daughter reunion that the five girls, all the parents and our resident friends, Sandra and Stephen decried into law while attending the girls’ tearful graduation party at Sutton’s in May of 2014.

And so far, in different increments, we’ve descended upon Stephen and Sandra three falls in a row to honor our commitment.

But, Lauren’s not wrong. She’s living in Denver. Julianne is in Chicago, Molly’s in New Orleans, Jenny is in Columbus and Julie is in Knoxville. They will never, ever live in the same town, let alone the same house again.

I remember feeling exactly the same way. More than once.

When I left high school. I didn’t think it was possible to have better buddies and more fun than I did in those formative years.

I went off to Shippensburg State College and made new friends and had a whole new level of fun. Then I jumped ship and transferred to West Virginia University, mourning the memories I left behind. Though, before long, I found I had assimilated quite well into Mountaineer life and discovered a whole new posse. When I graduated and was tossed feet first into the world, I felt for sure it was all over.  But then I got a job at TV Guide magazine, a place filled with under-thirties and I created a whole new life for myself. But, imagine my angst when I got married, to someone I met at TV Guide, no less, and was whisked off to North Jersey. I was filled with fear of what would surely be a friendless existence.

Within two months, I landed a job at CNBC and a whole new gang to hang out with. And once the kids came, well, the floodgates opened and new friends popped up on every schoolyard.

When my kids went to college, I mourned all over again. For the friends I’d no longer see on the baseball bleachers. For the friends with whom I ran the PTO. For the girls who spent Friday nights drinking countless bottles of wine at my kitchen table talking in circles about what would become of our kids.

I have a really hard time letting go of good friends and good times.

I spend every Thanksgiving Eve with friends I’ve known since I was five years old. I go on a cruise every year with my bosom buddy from high school and attend every reunion we’ve ever had. I’m probably Facebook friends with 75 percent of our graduating class.

I get together with two separate groups of Shippensburg girls at least once a year; births, deaths and rehab the only acceptable excuses for absence.

I play Mahjong once a week with my past PTO pals, have monthly lunches with some and holiday dinners with others.

Some people scoff at my never-let’em-go approach toward friendship. They argue that they don’t have the time, let alone the money to visit faraway friends. Or the bandwidth to connect on social media. Or the interest in dredging up people from the good old days. And some would just rather forget the good old days all together and focus on the future.

But as for me, I believe that friends are as much a part of who you are as is your DNA. Every friend I’ve ever had has impacted who I am today. And that matters to me.

I will never again live as Betsy and Betsy, Sue and Sue on Richard Avenue with Rolling Stone magazines wallpapering the living room. I’ll never share a two-bedroom apartment with Chris and Chris, Leslie, Peggy and Jeanne at Seavers Apartments. I won’t ever live with Ann in Flagstaff, Arizona, let alone sublet a maggoty duplex in Elkins Park with her. The house I shared with Fran and Linda and Kevin on Grant Avenue doesn’t even exist anymore. And I don’t even think if I’m old and widowed, that I’ll move back in with the Schaeffer’s.

No, it’s a pretty good bet that I will never live in the same place with the same people ever again.

And sometimes that makes me sad.

But, mostly, it makes me happy. Because I know that while I may go months, years, or even decades without seeing their faces, I will always, always call them friends.

And I can go to my grave knowing that despite all the damage I may have done to my kids, there’s one thing I did right. I taught them the value of friendship.

If you choose the right friends, they’re worth keeping forever. And ever.