The Making of a Mother 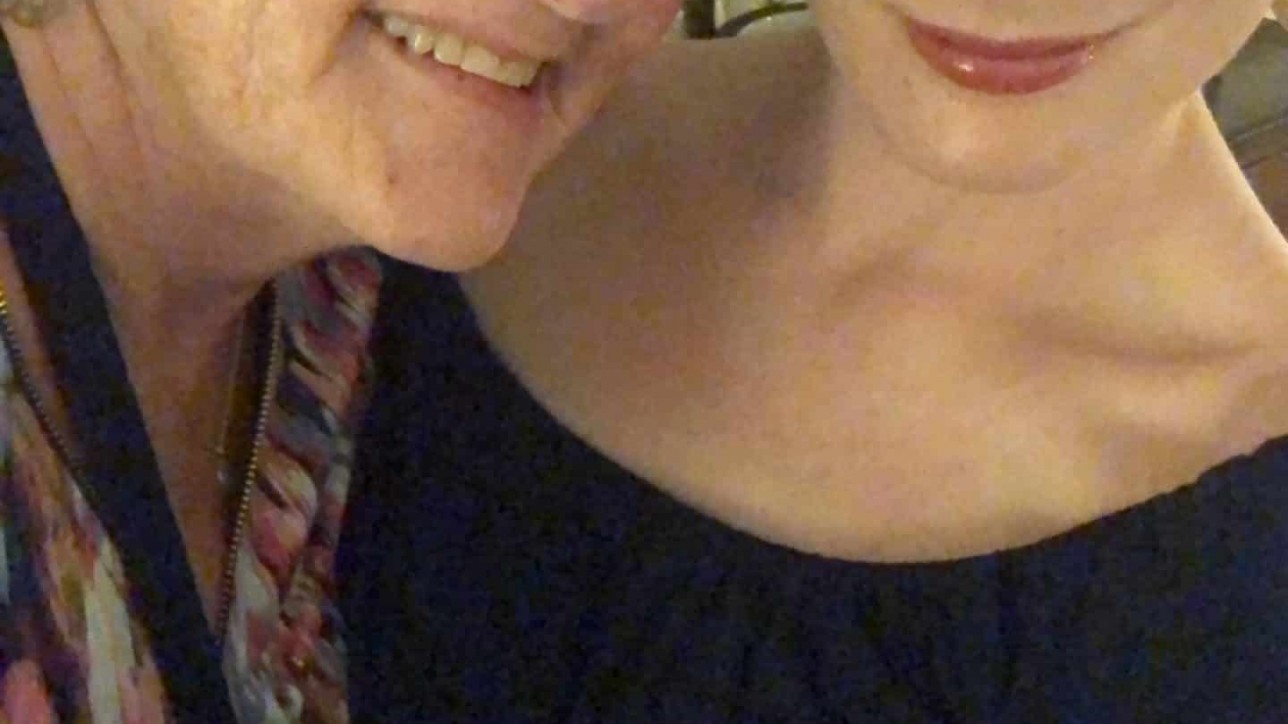 “You, do know,” said the daughter, ramping up to another one of her random, yet customary proclamations. “I’m the one who made you a mother.”

I let that one sit for a minute, wondering if, technically, her father was more deserving than she of that appellation.

Not wanting to burst her bubble with what could surely become a chicken or the egg discussion, I simply said, “Thank you.”

Twenty-eight years ago, there was a due-on-leap-day baby bulging in my belly, a sink full of dishes, and too many projects still to finish at CNBC. When my water broke a week before it was supposed to, I first called my doctor who said I still had plenty of time, then jumped in my car and drove to work. I waved to the security guard in the lobby, and took the elevator to the sixth floor. I left hand-written copy for a marketing brochure on Joyce’s desk and tidied things up in my cubicle across the aisle.

This is how we did it back in the olden days. There were no cell phones, no home faxes, no Instagram to document my dilations. And, me, being me, would never in a million years have considered leaving my boss floundering, having to explain to David Zaslav on Monday morning that the affiliate marketing kit would be delayed due to something as inconsequential as the birth of Betsy’s first child.

There wasn’t a part of me that didn’t think I could do this thing.

However, the perfect natural birth in which I imagined myself guffawing with the labor and delivery nurses, “Really? THIS is what women call pain?” morphed into an eventless overnight in the hospital. Our friend, Donald, was in town for a basketball game, so in a true labor of love, I sent him and my spouse off to the city while I hung out at the hospital, listening to other women scream as they waved off epidurals.

Nothing happened that night. Nothing. No pain. No progression. No reason for being there other than precautionary. And, so, early the next morning, when the ever-loving spouse returned to my bedside, still reeling from the Nets’ loss, I was hooked up to a slow and steady drip of Pitocin, the wonder drug that helped moved things along when a baby wasn’t quite ready to make its way into the world.

Within a few hours, I went into nice, hard labor, learning the true definition of pain.

“Oh, honey,” my nurse said, when I asked how much worse it would get. “If this were natural labor, you wouldn’t have even come to the hospital yet.”

The time passed. The pain did not.

“Can I get an epidural?” I begged.

“Not yet,” my doctor said. “But, we may have to consider a C-section in a couple of hours if you don’t progress.”

He looked at me sympathetically, like the thought of surgery would actually bother me. Like there was any part of me that would want to continue with this unnatural childbirth charade.

By six-thirty in the evening of Sunday, February 23,1992, my ever-loving spouse was cradling his baby girl and I was racking up the phone bill, calling far-away friends and family, recounting every little detail leading up to the final slice.

“I don’t know why everyone just doesn’t schedule a C-section,” I said to my sister, Nancy, whose first-born also missed the trip down the birth canal.  “It’s so much easier for everyone. The doctor, the grandparents, the babysitters. Plus, it’s painless.”

“Uh-huh,” Nancy said and then mumbled. “Just wait until tomorrow.”

Tomorrow came and with it, all the pain that had been dulled by a needle in my spine, burst and radiated throughout my entire body.

I was not a happy camper.

And, I knew I could do this thing.

After a few days, my spouse went back to work.

I was now completely and totally responsible for this little girl for hours-long stretches at a time.

But, I did it. And, I was pretty good at it. I trained her to take her nap at 1 pm so I could watch All My Children without interruption. We got our fresh air and exercise, her gurgling in the stroller while I pushed it through town. I kept meticulous baby book records. I adorned her crib with brain stimulating colors and shapes. I read to her every day. And, she went to bed promptly at 7 pm, sleeping through the night after three weeks.

There was nothing to this parenting thing.

When I look back, I think it all fell apart sometime around the three-month-long lice epidemic. Or when I got laid off from CNBC, thrusting me into full-time motherhood. Or, maybe it was the hip replacement that indirectly lead to a three-week-long hospital incarceration after a gall bladder attack and subsequent bout with pancreatitis. Or, maybe it was just that these three little kids, once so easily restrained and contained, were bursting at the seams, clawing, clamoring, crying for more than any one human is equipped to give.

The daughter loves her brothers, she really does. But, I’m not so sure she has ever forgiven me for stripping her of her only-child status.

Or, for laughing when she fell face-first into the snow when I was pulling her on a sled. For abandoning her in ballet class as she shook with fear. For not putting Chester to sleep after he mutilated her prized American Girl doll. For siding with her brother, either brother, for whatever infraction, just because they were younger. For not letting her get her ears pierced, her skin tattooed, her hair highlighted.

I wonder if I’ll ever forgive myself for letting her talk me into that semester at Paramus Catholic. For allowing her to get in a car with that cute guy who was clearly stoned out of his mind. For giving her a curfew even I knew was ungodly, just because I wanted to go to bed. For hissing curses, for slamming doors, for figuring it out as I went along, no matter what the consequences.

I got through it, as all mothers do, wiping tears, soothing fears; wondering, worrying, hoping and praying every step of the way.

Today, after twenty-eight years of this ever-changing, ever-challenging, all-consuming thing called motherhood, I can see it through a different lens.

And, so I thank you, daughter, for tenaciously and courageously holding fast to who you are. For persevering when your world was falling apart. For trusting me when I told you everything was going to work out. For having faith when you had lost all hope. For moving away. For coming back home. For being strong. For living smart. For believing in what you believe. For getting those tattoos. All four of them.