The Wheels on the Bus 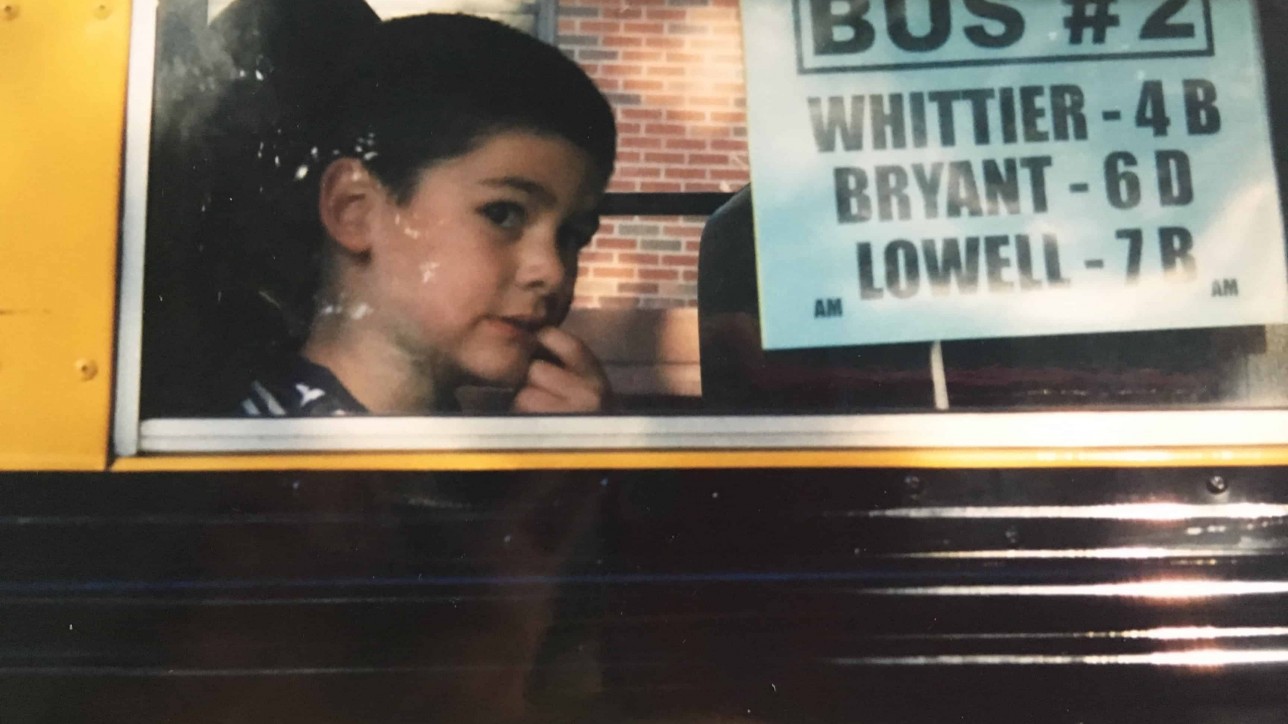 I’m at that nostalgic point of parental life where I look at other people’s children writhing and crying at restaurants, in churches, on airplanes, and just say, “Aww!” I false-remember like my mother-in-law did, “She was a delightful baby! She never cried!” And, I find that I have fond memories about random things like school buses.

The other day, I was stuck behind a school bus for a three-mile stretch where it painstakingly stopped and started, ejecting backpacks and children, no less than eight times. In another stage of life I would have spewed curses, flashed fingers, and beat dashboards.

But, I wasn’t in any particular hurry last Wednesday at 3 pm. I didn’t have that insides-shaking anxiety about having to be there when the kids got home from school. Or over the thought of short-order cooking family dinner. Or about having to be at a Little League board meeting and a PTA event before driving to cheerleading, baseball, basketball, or all three.

No, now I’m free; enjoying a refreshingly free freelance life with physical freedom from most of my children. A life in which I can sit behind a school bus, alone, and reminisce without fear of getting caught.

I grew up riding a school bus. In the mornings, I’d walk up Woods Road with any number of my three sisters, or none, depending on who was in the same school at the same time, and who, if any, were in my favor on that particular day. I, or we, would pause at Margaret’s house, where she and her brother, or sister, or neither (same deal as above), would skip down their steep driveway. We’d wait for Debbie Atlee to appear in her hip huggers and tube top, then head up to Schaeffer’s for Kit and/or Johnny, again dependent on familial relationships. We cut through the Schaeffer’s backyard to avoid Carol Zeigler, crossed the edge of the Faust’s property, and ended up on the outer edge of the Eble’s yard, waiting for the bus with one or six other kids who chose the upper end of Woods Road over their pre-assigned bus stop.

Because, in those days you could do that. There wasn’t a mother out there who cared if you preferred to walk a block farther so you could clamor for the attention of Bobby Amsler, John Rothrock, or Jimmy Lustri at their bus stop. There was no mother who chided you for singing “Pink, pink, we all turn pink cause Matthew Ramsey stinks.” Or Henry. It ran in the family.

There was definite bus protocol. The older kids sat in the back, the youngers tried to act cool near the front. The bad boys smoked cigarettes in the rearmost seats and the bus driver rarely bothered to notice. We made fun of Andrea Mumford who “threw fits,” which cruel as it was, probably wasn’t much worse than the upper classmen who sprayed my puffy red hair with a water pistol, laughing as it frizzed, calling me Bozo the Clown. (And, my spouse wonders why I spend the big bucks on keratin treatment at my advanced age. Some scars run deep.)

Every now and then, when we got older, we’d actually choose to walk the 1.9 miles home from the high school, cutting through Oreland Presbyterian Church so we could pass the Maher’s house, filled with kids, one more popular than the next. But mostly, we rode the bus, earning our backseat status as the years flew by.

So, when my kids went to school, I didn’t suffer any of the school bus angst that many of my peers experienced. I was happy not to have to drive them to school and dismayed to find that parenting norms and gasp, school rules, dictated that a parent had to be at the bus stop at both ends of the day. What, I wondered, did these people think was going to happen?

But, I found a way to turn the bus stop into a social opportunity, and turned the elusive Claire-on-the-corner into the best of friends. Between the two of us, we had seven kids, in seven different grades of school. And while all seven were never on the same bus, we’d wait for the elementary school bus with the kindergarteners and pre-schoolers in tow, so we pretty much dominated the sidewalk. Our fluid parenting style confused outsiders as to which kid belonged to whom. The only sure thing was my daughter because everyone knew Claire only produced boys. For a while, my middle son, Max, truly believed he was Claire’s child.

I did nothing to set him straight.

One year, the day before Christmas break, Claire sent her son, Zack, onto the bus with a present for the driver.

“I had no idea!” I exclaimed. “My mother never gave the bus driver a Christmas present!”

“It’s my husband,” Claire explained. “His reasoning is; if something happens, the driver is going to remember the kid who gave him a gift.”

I laughed, never been one to buy into bad things happening. But, I still felt bad.

That afternoon as I stood waiting in anticipation for my young ‘uns to hop off the bus, I heard the bus driver say to my Max, “Thank your mom for the gloves!”

“Okay,” he said in his deep kid voice.

So much for remembering which kid gave the gift. Or which mother birthed the kid, for that matter.

The squeal of the bus brakes at Every.Single.Corner last week triggered me back to childhood. I remember jumping off those high, high bus steps and rushing home where my mother would ALWAYS be waiting with open ears and open arms. And while I was never half the mother she was, I can still picture the unfettered joy on my own kids’ faces as they bounded off the bus, prized (and crumpled) artwork in hand, into my half-open arms and closed-off ears.

The sound of brakes remind me of coming home from hockey practice on the late sports’ bus to my meatloaf, mashed potatoes and string beans warming on a plate in the oven. They also remind me of my grown-up self, crammed into a pint-sized seat, bouncing all the way up Route 17 for yet another apple picking trip.

But, mostly they remind me of the punch-in-the-gut look of trepidation as my youngest got on the kindergarten bus for the very first time. An image repeated time and time again, by each and every one of my kids, in each and every stage of new life challenges. And, how each and every time, I pretended to be happy about letting them go.