Throw it away, Mom. No one cares. 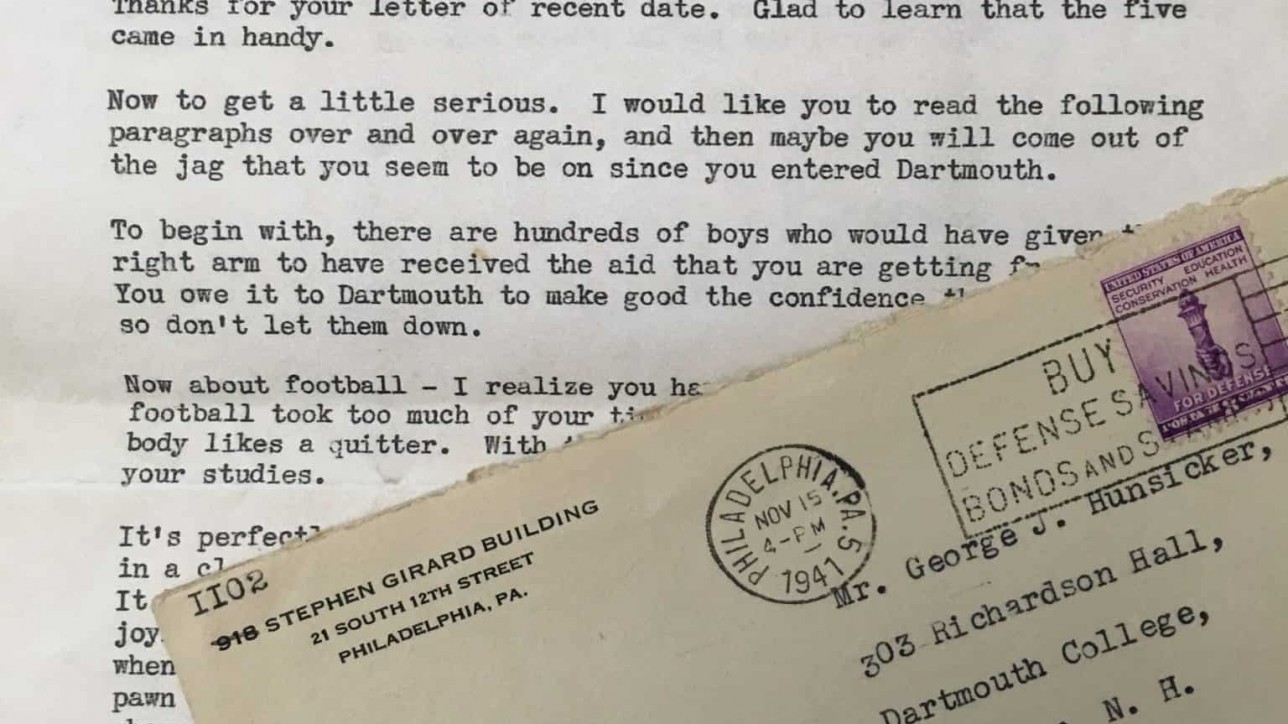 Much to the chagrin of many family members, both birth and married-into, I’ve never been big on history. I admittedly care way more about what affects me in the here and now than the how and why we came to be.

However, as a child, I did enjoy bragging about being related to Daniel Boone, always quick to mention that Dan’s clock still stands, ticking away, some eight-feet grand in my mother’s living room. But, these days I am more often greeted with blank stares than wows when I mention my famous ancestor.

“Is he that guy who opened for Drake?” one under-thirtier asked.

Along with my historical apathy comes my attraction for all things new and modern. I love houses so stark that you’re hard-pressed to find a random telephone bill left lingering on a marble countertop. I love chain hotel rooms with predictable art work, exceptional maid service and high-end soaps, replaced daily. I could live forever in a hotel room. Just as long as the ice machine was on the same floor, the mattress was firm and bug-free, there were no visible stains on the walls and I was able to replace the eco-friendly accent lighting with old-fashioned 75-watt bulbs I stash in my suitcase.

So, while I love everything about every one of my sisters, my 93 year-old mother and my dead for a decade-and-a-half father, the idea of a two-night stay at my great-grandfather’s Cape May cottage, circa 1899, left me wondering if we couldn’t have the same sort of bonding experience in a nearby Marriott.

But, of course, there’s no Marriott within 35 miles of Cape May, New Jersey.

Having a long history (there’s that word again) of acclimation issues, I knew it would behoove as all to allow me solitaire fussing and fretting time so arrived a half-hour before Susan, Emily and my mother.  One family vacation, as the story goes, we took a station wagon (fake wood-sided) trip to the Tides Inn, down on the Chesapeake Bay. When we pulled up at the front door, I threw a massive fit, kicking and screaming because it didn’t look the way I expected. Thank goodness for the internet.

The Dormer House, once my father’s grandfather’s summer cottage was, in real life, exactly as was represented online. Now a bed and breakfast, long removed from Hunsicker ownership, it still represented the times in which it was built. It’s a big and creaky old house with sloping floors and four-posted beds dressed in washer-worn floral sheets. Breakfast was served on the windowed-in side porch and afternoon tea in the parlor was poured from a bone china teapot. We sat on velvet-covered, hard-backed couches and looked at turn-of-the-century, not last century, the century before, photos on the walls of people who may or may not have been our blood relatives.

“It will be fun!” my sister, Emily had proclaimed. “I’ll bring all of the old family letters and photos.”

My father was the youngest of seven; six boys and one poor girl, Aunt Mary, stuck in the middle. He lived on a Chermside Farm in Fort Washington, PA, grew up in the depression, fought in World War II, and walked two miles to school every day in the pouring rain. Uncle Tony, the next in line, was five years older than my father and by far the most conservative in thought, word and deed. He ended sharing a business with my father, the two of them selling ALPO dog food across the country, and spent every holiday with us, putting a damper on our raucous behavior. He never married, and so took sister Emily, his favorite (after all she was named after his mother), to dances in Philadelphia, to the Daughters of the American Revolution events and church dinners where she might find an appropriate suitor. When he died in 2004, he left hundreds of family letters documenting life as he knew it.

We poured through those letters, the same letters I thought I had no interest in reading. We learned that college textbooks were very expensive, for a botany course alone, the tab was close to $3.00. We saw how the older brothers protected the younger ones and read Uncle Freed’s litany on how the world doesn’t like quitters when my father gave up football at Dartmouth after his freshman year. We heard my father’s self-deprecating “I’m not as smart as the rest of you,” when he brought home a C and we laughed at what had to be a joke of a letter written to Uncle Tony when he in college that teased him for contracting a venereal disease, which is, of course, what they called STDs back in the day.

My father wrote about his plane getting shot down in the Navy; Uncle Joe wrote from his academic post in Greece; my grandfather wrote about killing the fatted calf when the boys returned from war; and they all seemed to send the same $5.00 back and forth to help with each other’s expenses.

We looked at photos taken from the porch of The Dormer House and of the marble fireplace in the front hallway. We saw my grandmother donned in a big hat, my uncles in knickers, my aunt’s wedding guest list. My mother slept in what was dubbed the George Jacoby (my father’s name) suite, Emily in the Anthony Hunsicker room and I was in cousin Dorothy Thomson’s room. We talked at length with Nancy, the innkeeper, befriending her since our sister Nancy couldn’t make the trip, and with Diana, who had grown up in the house in the 90s.

And then we reminisced.

Growing up, we spent a lot of time in Cape May. We’d stay in grand hotels like The Chalfonte, The Windsor Hotel and The Colonial Inn. The kind of places that had formal dining rooms, floor-to-ceiling rattling windows, big, wrap-around porches with wooden rocking chairs and turreted guest rooms with threadbare carpets. We’d stroll the one-block macadam boardwalk from Convention Hall to the Skee Ball Hall and end the night with a double-dip ice cream cone to the tune of my father’s constant harping, “It’s dripping! It’s dripping.”

We would visit the Sunken Ship at Cape May Point where, as my father pointed out year after year, he learned to swim. We bought Cape May diamond rings for $2.49 from the kitschy oceanfront shops along Beach Avenue. And drove through the town, passing the Springer sister’s house, who were good friends of Uncle Tony’s, the church that Uncle Freed and Uncle Charles burned down (perhaps in truth, they were responsible for a small fire in the kitchen, but the church was still standing), and Grandfather’s house on the corner of Columbia and Franklin in the center of town.

When I was 12 and sister Emily on the cusp of 14, we ran into the raging ocean on a day a storm was brewing. For us, there was nothing better than strong seas with waves you could ride forever – until you bashed face-first into the sandy shore. Unless of course, the riptide carried you away. Which is what happened to me. Suddenly aware that Emily was nowhere near me and I was drifting farther and farther out to sea, I began to thrash and yell. But, not for long. The Cape May Beach Patrol was on high alert that day and rowed their way out and towed me in with a rope.

Meanwhile, my father was using the near drowning as a cautionary tale for my youngest sister who was still by his side on the shore.

“That stupid kid. Never, ever go out that far alone!” he warned, having no idea that the stupid kid was his number three daughter.

“I’m going to throw all this stuff away when I get home,” Emily said after spending two days going through the family history. The rest of us agreed, spawning a conversation about how the next generation doesn’t care about, nor want any of our keepsakes. Can you blame them? I asked in their defense. No one cares less about history than I.

Still, I slipped a few of those yellowed letters into my suitcase.

When I got home, Leo, my youngest, asked me how the trip was. I found myself spilling the stories we uncovered and reading him excerpts from the letters I kept, waiting for the eye roll and the “Gotta go, Mom.”

Instead he was more than intrigued and said, “Your father’s college experience sounds a lot like mine. Where are the rest of the letters?”

A quick text to sister Emily assured us that the letters were still intact and she joyfully relinquished ownership to a member of the next generation.

And, as that member of the next generation has an interest in history, an affinity for the absurd and a flair for screenwriting, we just may find ourselves featured in a future sitcom.

Which is, perhaps, precisely where the Hunsicker heritage belongs.