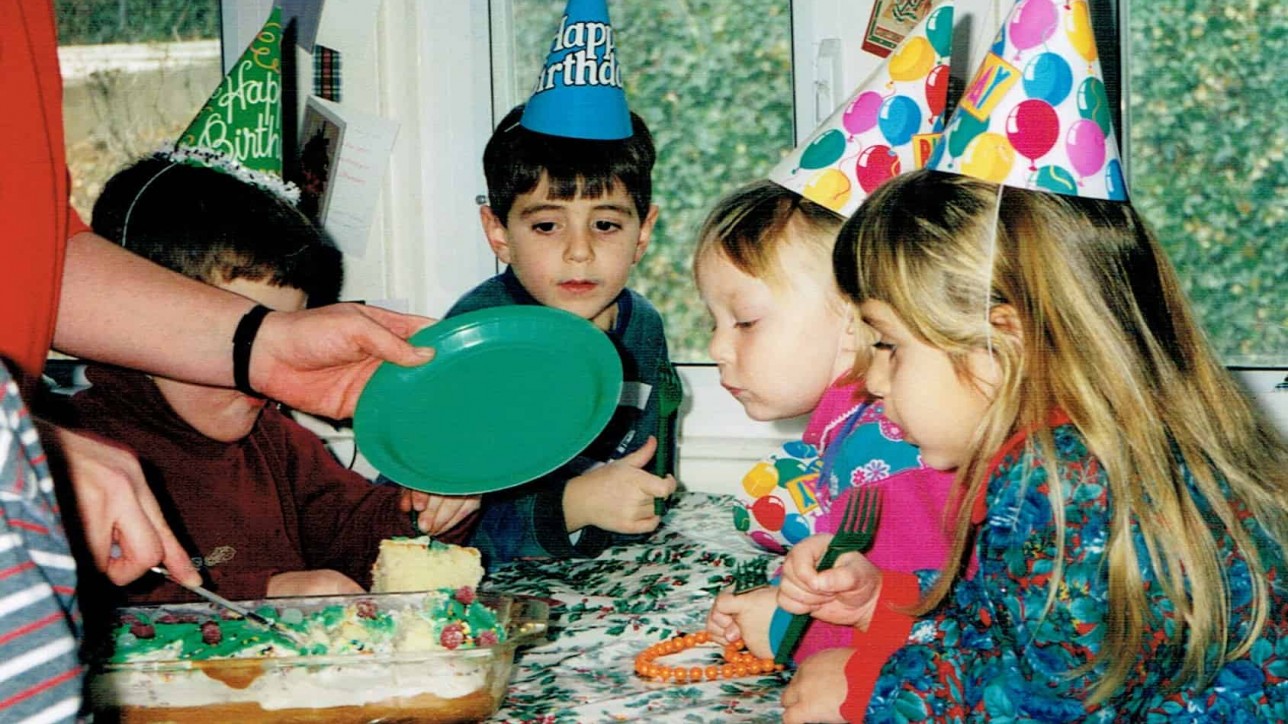 “He’s really not a bully,” the playground parent said with a tinge of pride. “He’s just very vocal.”

“He yours?” a young man asked. “He’s quite an athlete!”“I hate coming to the park,” a woman snapped at her husband. “It stresses me out when she acts like this.”

I was sitting on a bench by the fence, listening to these crazy parents talk, soaking it all in and trying to make sense of why I was there. Meanwhile, my spouse was across the way, involved as always, laughing as he tossed out balls and compliments.

Play dates were a godsend for me when I was raising my children. When the daughter was two years-old we started at Toddlekins, the Mommy-and-Me sing-along, dance-along, big-colorful-parachute hour in the town’s rec center. I also had Number Two, an infant who could be conveniently caged, sitting in his little blue carrier seat in the corner, cooing contentedly.

“Jacob was potty-trained at 10 months.”

“I breastfed Ryan until he was four.”

“Shoshanna is so smart. Can you believe she said…”

My eyes bulged as I listened to the banter, amazed that mothers actually preferred this kind of interaction to propping their toddlers in front of a Disney movie with a bowl of Cheerios.

But it didn’t take long for me to find mothers of like mind, which is not to say any of them ever made disparaging remarks about their children, but they seemed to accept that I did.

As Susan, the most perfect parent of all once said, “Oh, Betsy, you just say what the rest of us are thinking.”

But I can’t imagine her worst thought ever came close to what spewed from my mouth.

We created our own little Play Group, Anne and Kerri, Diane and Susan and me – and our offspring that totaled 13 when all was said and done. Every Friday we’d rotate houses for bagels and coffee; apple juice for the kids, Diet Coke for me. We would set our children loose in the child-proofed home-of-the-week and sit around the kitchen table chatting until someone bopped someone over the head and the screeching started.

Play Group saved my soul, or probably more accurately, my children’s. Those Friday mornings together offered a venue for sharing our fears:

“Do you think Max’s head is too big?”

Solving all-important problems:“Should we get the Little Tikes car or the workbench for Christmas?”

“Can I lock the daughter in her bedroom so she can’t come in and out a thousand times a night?”

All 13 of our kids were exceptional. They were smart and handsome and pretty and funny. When we talked about their accomplishments we felt pride for one another and when discussing the occasional demonic behavior, we did it without admonishing blatant parenting foibles. We didn’t inflate our egos by bragging to strangers. We didn’t send pictures of our kids to the local paper. We kept our kids grounded with low-key birthday parties, home-made Halloween costumes and Easter Egg hunts in the park. And we all got through it together. 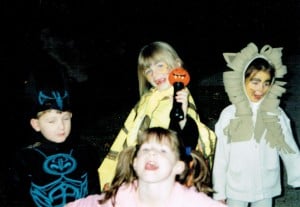 Sometime around when little Isabelle started pre-school, Play Group petered out. We got involved in our children’s schools and went off in quest of their varied passions which included sports and dance and theater. But we are all still friends, following the kids on Instagram, having chili at Kerri’s on Halloween night and never missing the annual holiday party at Dianne’s.

The youngest member of the Play Group gang  is finishing up her freshman year in college. And one of the older, and more beautiful, girls just got engaged last week. Our kids all went to college. Some moved far away, some stayed nearby. And they’re all just as exceptional now as they were when they were toddlers at Toddlekins.

And though I will always look back on my Play Group days with fondness, I’m just as happy to have moved on to the next phase of life.

As empty-nesters, my ever-loving spouse often suggests going on a super-special, top-secret date. Secret because as the world’s worst skeptic, he knew that if I caught wind of what he had planned, nine times out of ten I would defiantly nix it. His theory is, if he can just get me there, wherever there happens to be, nine times out of ten, I’ll have fun, despite myself.

So, off we went, last Sunday afternoon, with our hound, Griffey, in the back seat of the car, me cringing, he grinning, dog panting.

When we arrived at the dog park, a place he knew I’d never go on my own, I rolled my eyes, but followed their lead as the crazy beast dragged us across the field to his future friends.

Once inside those gates, Griffey took off, running, sniffing, barking and flinging saliva for the next 45 minutes. And I sat, silently on the bench, listening to the parental prattle.

“I bring Fido over from the city every week,” one proud mutt owner boasted.

“Diamond is so obedient,” Diamond’s mother exuded as I noted the spiked collar digging deep into the Pit Bull’s neck.

“My Charlie loves other dogs!” Charlie’s young master smiled as Charlie bared his teeth at the annoying boxer sniffing his privates.

Keeping in character, I scanned the crowd to see if there was anyone worth befriending. But then I caught myself and thought, I’ve been there. Done that. And I don’t have to do it again with a dog. 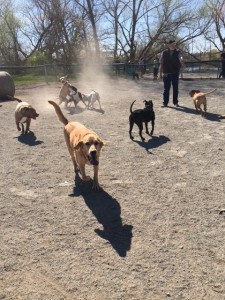