Whatever Happened to the Generation Gap? 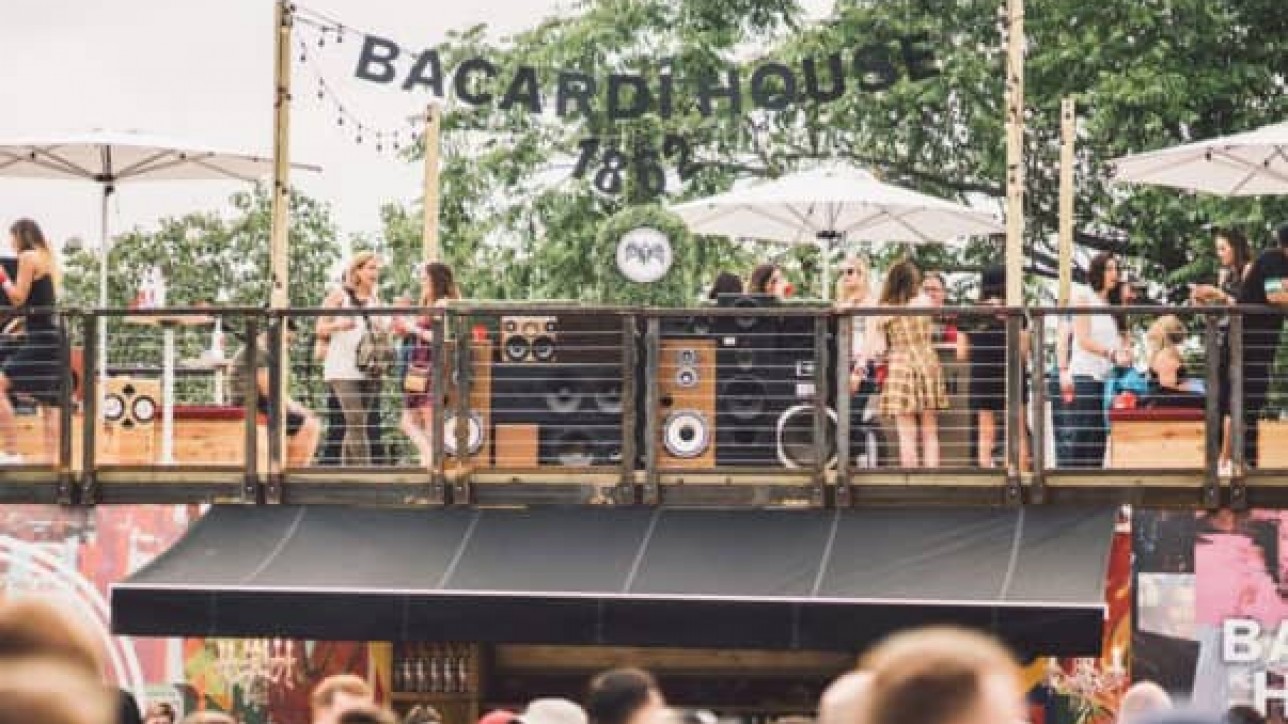 “Would you please remind my father to buy Gov Ball tickets?” the daughter pleaded on a recent phone call.

“You going again?” I asked, recalling last year when her soggy self conned the father into driving to Randall’s Island to pick her and her friend Lindsay up after a  day of dancing in a deluge.

Of course she was going. A mere 1,300 miles wouldn’t deter her from a three-day music festival. Especially one to which she could convince her father to accompany her. And pay for.

Unlike me, my spouse would go to a music show every day of his life. His tastes are wide-ranging and indiscriminate, though he just might draw the line at paying to see Justin Bieber. Still, as hip as he is for an old man, it’s hard for me to picture him in a sea of youth chanting along with Chance the Rapper or the Wu-Tang Clan.

But, what really gives me pause is thinking about the music festivals of my youth and trying to imagine being there with my father.

I’ll never forget Stompin’ 76, a bluegrass festival in Galax, Virginia, to which my friend Ann and I drove through the night to get to. We had two consecutive blow-outs in the Smoky Mountains and hitched a ride with a truck driver to a service station to buy a new tire. We slept under the stars, or in the back seat of the car, or both. We walked across a little bridge to the fairgrounds that was lined with Pagans and Hells Angels who intimidated us by making visual displays of their naked women.

In the cow pasture where tons of tents were pitched, the hooch and highs flowed free and easy. As did the urine. Seventy-thousand of us peed in porta-potties. Seventy-thousand of us went three days without a shower — in the heat and humidity of August, so far south in Virginia we could throw a rock to North Carolina.  But, we got to see Bonnie Raitt and John Prine and the Nitty Gritty Dirt Band and it was simply heaven for the young and adventurous.

My parents were pretty hands-on for parents back in the day. My mother and Mrs. Sommerville were two of the few moms who never missed a field hockey game. My father coached all his daughters through years and years of Oreland Girls’ Softball. My parents taught us to golf. To rake leaves correctly. And to make homemade fudge. We had family dinner every single night at 5:30. We had grilled cheese sandwiches and tomato soup for lunch on snow days. My parents signed our report cards. Went to our graduations. Drove us to college freshman year. But never, ever, hung out with us and our peers.

When friends came over to our house on Woods Road, I would whisk them past the den where my father sat in the green leather chair watching the Phillies with our Great Dane, Ludwig on his lap. My mother would be perched at the end of the coordinating couch, stitching a needlepoint sampler. With all my might I willed my friends to not engage my parents in conversation. Because they would surely ask ridiculous questions like, “How’s school going?” or “Where are you working this summer?” And my friends would answer with a simple shrug, grunt, or glassy-eyed smile.

Fast forward a lifetime to my house on Grove Street. Kids walk in and out of my house without knocking. They seek me out as I sit in the living room watching the Mets on TV while my spouse is perched over his laptop writing about the latest greatest white-collar crime. These friends won’t say hello without giving me a hug. I hug back. They sit on the sofa and let me ask them ridiculous questions like, “Who’s your new girlfriend?” or “Did you hear about Nicky Ruscingno’s hitting streak?”  They answer me. Articulately. And often, a little too honestly.

And then, when I remind myself that they’re here to see one of my kids, not me, I release them, sending them up the stairs to the attic where they hang out and do whatever it is I think they’re not doing.

My kids never asked me to drop them at the corner so their peers wouldn’t see them get out of a minivan. Because there was no shame in that. Unlike in our day, where we’d rather walk a mile, or two, than be seen in a car with a parent.

When I was a junior in high school, we had a Creative Writing Night at which we shared the stories we had written in class. I told my parents about it, knowing they had bowling on Tuesday night and they wouldn’t come. Had it been any other night, I wouldn’t have mentioned it for fear that I’d be the only loser whose parents showed up. A couple years ago, my middle son wrote me a Mother’s Day blog thanking me for being the only loser in the football stands.

Once I hit puberty, there was no way, ever, that I’d be seen in a movie theater with my parents.

And I actually liked my parents.

My kids go to the movies with their father. All. The. Time.

Last summer, the father decided he wanted to go on a boys-only trip to Colorado. Though I was initially invited, we all knew it would change the entire dynamic of the vacation, not to mention the cost, since my comfort requirements way exceed any of theirs. I fully expected my 22 and 20 year-old sons to come to me for help squashing the plans. But, that never happened. They actually wanted to go. And they had a great time.

Every year, my daughter, her four college roommates and all of us parents descend on Stephen and Sandra, (who are not only parents, but grandparents!) in Chapel Hill for a multi-generational reunion. My parents wished my freshman roommate good luck, shook hands with her father and that was the extent of it.

The lines between generations have blurred. Girls post on their mothers’ Facebook pages, “Happy Birthday to my best friend!”  Boys bond with their fathers in ways we would have considered creepy. These days, there are no old folk clothes. Everyone dresses the same, in ugly Uggs, memed T-shirts and leggings some of us have no business wearing. Parents have Instagram accounts and the first people they “friend” are their very own kids. Though, being way wiser than our parents ever were, we know they’re posting their real selves somewhere to which we have no access.

But, despite the many mistakes we mothers of millennials have made, we’ve all made them together. And while we know it’s not our job to be our kids’ friends, when you have created kids you actually like, there’s something kind of nice about not having to wait until they’re all grown up to learn they like you back.