When in Doubt … Dance 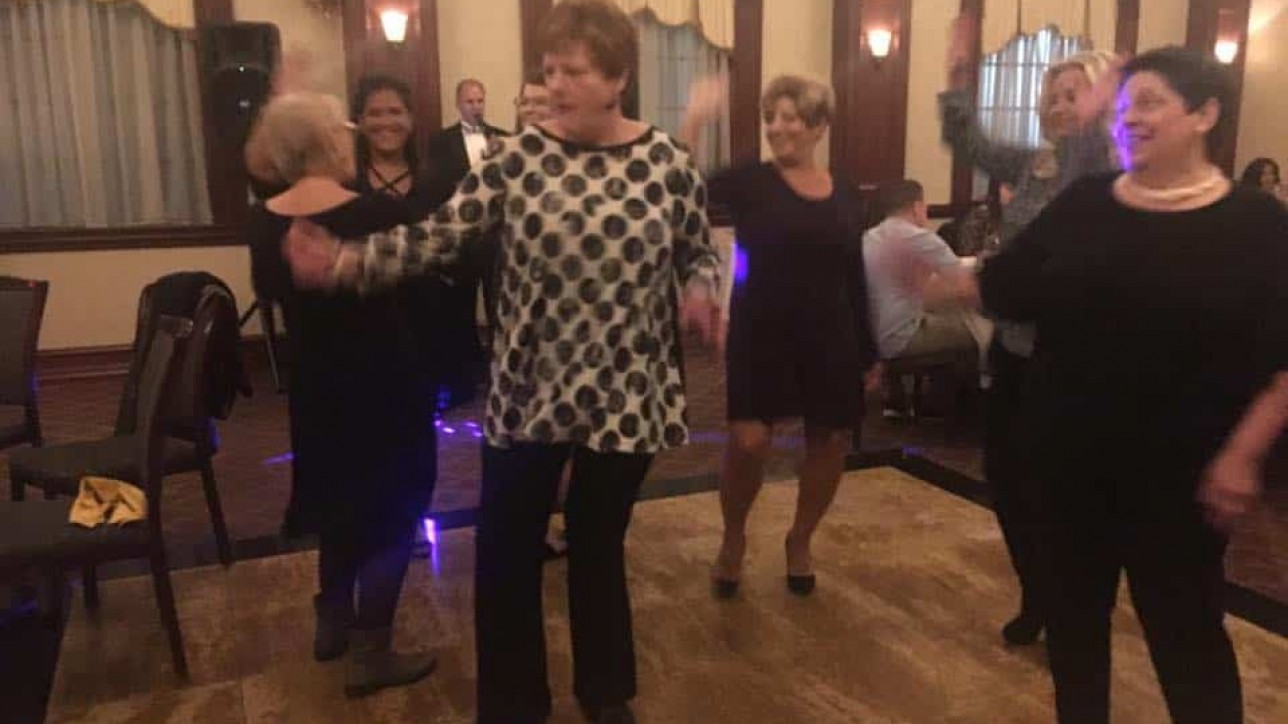 Long ago, I discovered a soft-covered piano book filled with old-time songs and show tunes, hidden amongst hundreds of hardback books in the den of my childhood home. Why we had it, I don’t know – we had neither a piano nor a singer in the family. But, I can still picture the eight-year-old me sitting on the couch, with that book open on my lap, teaching myself to read music. I’d follow the notes with my finger and belt out the lyrics with satisfying confidence. But, the first time I heard a real rendition of Camptown Ladies Sing this Song, Doo-dah, Doo-dah, I was utterly destroyed by the disparity between my version of the song and what was real.

Still, I was able to fake my way into the children’s choir at St. Thomas’ Episcopal Church. I loved the camaraderie, the burgundy-colored robes, the musty-smelling hymnals and watching the congregation squirm and snore from the perches of the choir loft. My tenure as a tenor was nearly thwarted when, at rehearsal one Thursday, the choir director was baffled by a grossly distorted execution of Onward Christian Soldiers. As he had us sing together one row at a time, in hopes of unearthing the off-key culprit, I quickly learned the fine art of lip syncing, thus saving my vantage point behind the altar.

As an adult, I am obsessed with the reality music shows. I’m jumping for joy that American Idol is returning and have watched every single season of The Voice. I text my friends, Laura and Jean throughout the show, asking who is better, Addison or Esera. My spouse, who thinks they’re all screamers, won’t engage me in such folly, still shocked that I can’t tell the difference between pitchy and powerful performances, shaking his head in dismay that even the worst interpretations of Landslide can always win my heart.

I can’t sing. Nor can I dance.

For a short time in my twenties, before Patty became Penny, we frequented a bar in Ambler, Pennsylvania. It was an after-hours dance club for those of us who had the energy to keep on going after the bars closed at 2 am. Late one night, or rather, early one morning, my dream came true and I met a handsome prince who dragged me to the dance floor and subsequently left me there.

“You have absolutely no rhythm, do you?” he said and walked away in disgust.

Up until that moment, I hadn’t realized that my flailing and stomping on the dance floor was any different from the moves I saw on American Bandstand. Or, that there was any correlation between having rhythm and finding love.

“Oh, dear,” said Patty when I revealed to her my distorted perception of my dance moves. She knew it was time for an intervention and spent many hours spinning vinyl, coaching me to feel the bass, clap to the beat, move to the music. It was futile. She moved to Florida. And I gave up dancing.

I shuffled my way through Elton John’s Your Song at my wedding and couldn’t resist joining the neighborhood gang as we rocked out to Love Shack at Bob and Michelle’s marital celebration in Ocean City, but other than that have spent much of my adult life in fear of being dragged to the dance floor.

Which leads me to last Saturday night.

Over the past dozen years, I’ve been to more life or death events of the Apreda family than I can count. This one was easy – a simple dinner in honor of Mike and Kristen’s engagement – a happy occasion made happier by witnessing the head-over-heels love and hope and joy that only a bride-to-be and groom-in-waiting can exude.

I had a ball bantering with the kids who were no longer kids but wage-earning, change-effecting, parent-pleasing conversationalists. I promised one of my all-time favorites a place at the altar with my favorite daughter. I conspired with another one on how to win back an old girlfriend I had known and loved. And I caught up with the abundance of Apreda friends and family members I hadn’t seen since Poppy’s wake.

And then, Theresa, the mother of Mike and future mother-in-law of Kristen, made a speech.

All I heard, because remember, I’ve heard a lot of these speeches, was, “So make sure you dance!”

That’s when I knew the fun and games were over.

“Oh, come on!” my friend Karen chided, later in the night. “This is the kind of music you danced to in West Virginia!”

Sure enough, it wasn’t Drake or Chance the Rapper or Rihanna blaring from the speakers, but The Marshall Tucker Band, The Allman Brothers and a little bit of the timeless tune, Happy, thrown in for good measure.  The kind of music I would consider dancing to, if indeed, I were to dance.

So, when Kool and the Gang commanded me to Celebrate Good Times! I let Karen lead me to the dance floor where I stomped and clapped and waved my arms, watching her every move to know when to make mine.

I have to admit, I had a good time, letting loose and flailing those limbs. I actually thought that I had, at long last, graciously and gracefully mastered the art of dance.

And for awhile, after the wine wore off and the music died, I harbored nothing but warm and fuzzy feelings about the fun-filled frenzy and the love that sustained it. I looked forward to dancing at Mike and Kristen’s wedding and texted, asking them to move the date up a year. I could hardly wait for another Apreda life or death event.

And then came the ultimate buzz kill. Cousin Kimberly tagged me on Facebook, posting proof positive of what I had done. I flipped through the pictures and smiled. And then read the comments.

I’m glad I’m not the only one who can’t dance! quipped Kevin.

I haven’t seen Kevin in 25 years. And so, I can’t help but wonder if this former West Virginia University housemate of mine could really tell from those still life photos that I had no rhythm. Or, if in fact, he was simply remembering with fondness, the me I used to be.