Why Getting Old Doesn’t Scare Me 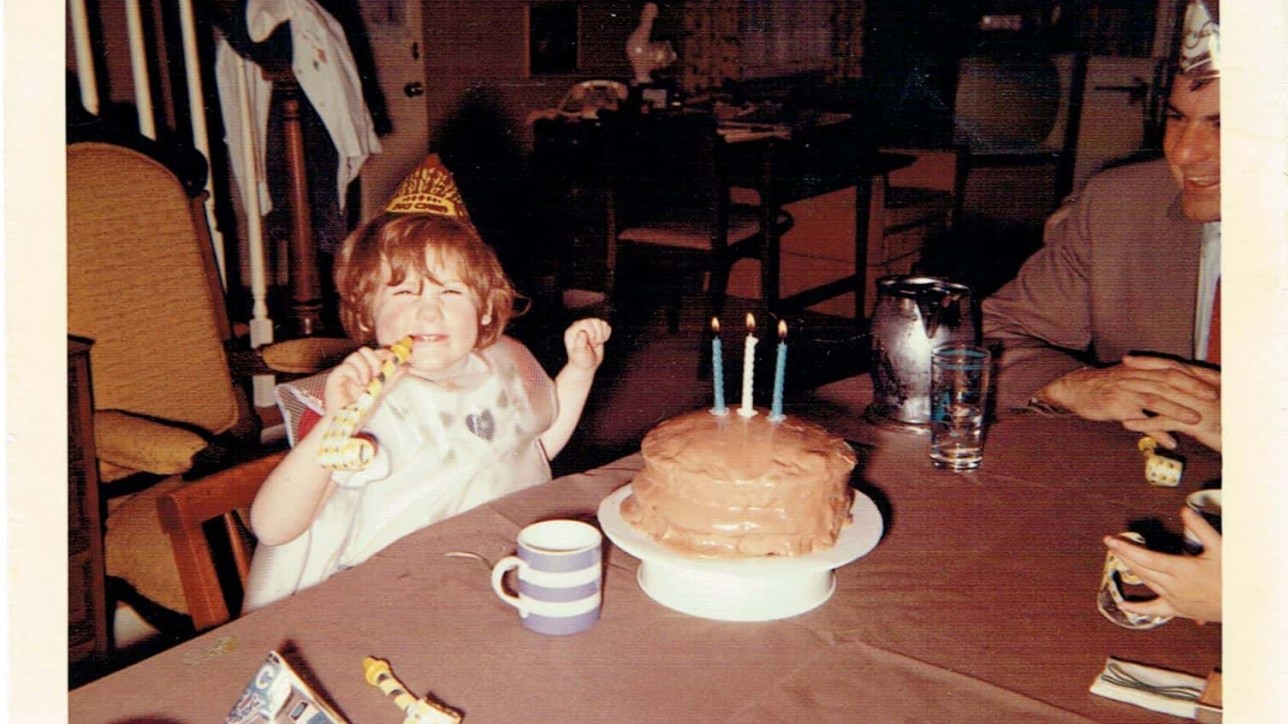 When I turned 30, my beau, still half-a-year away from asking for my eternal devotion, threw me a surprise party.

I chose to ignore the many clues leading up to the party; the first being that aforementioned beau was not late, not on time, but early in picking me up for our annual trip to Pat Malley’s Pocono house. Every year, Pat and I celebrated our February birthdays together, filling her family’s vacation house with friends and lovers, copious cases of beer and round-the-clock games of Hearts.

The second clue was when Karen Shea arrived at my door (an hour early) holding a gift-wrapped package and screamed, “Surprise!” As she looked around at my empty apartment, she self-corrected with, “Surprise! I’m going to a baby shower down the street and decided to stop by and say hello!” I pretended not to notice that the gift was in an earring-sized box.

When my beau insisted we get on the road way ahead of schedule, I chose not to mention that we wouldn’t be able to get into the Pocono house if we arrived too early. And when we stopped at a Wawa five miles from home for some desperately needed chocolate milk and he slapped his forehead with his palm, I knew he had accidentally-on-purpose forgotten his wallet in my apartment. And I knew that when we went back, that I should offer to run in and get it.

The biggest surprise of all was how he and my sister, Nancy, were able to fill the apartment with seventy people, several kegs of beer and a table full of food, all within a 30-minute window.

When I turned 40, my spouse of nine years threw me a surprise party. I knew something was brewing. Too many whispers, too many phone calls and a babysitter booked three weeks in advance. I was working at CNBC; my kids were two, four and six-years old and my household was in the midst of what would become a three-month-long lice infestation. I was no longer that carefree 30 year-old who could welcome a cast of characters into my house without worrying if the bathroom was clean, if my bed was made or if ten people ended up sleeping on the living room floor. My 40 year-old self was an anxious mess living in perpetual pandemonium, having no idea how much harder it would get. I begged my friend Laura to tell me what was planned. She knew about every nit I picked, every bottle of poison I poured on the daughter’s head. Yet she wouldn’t budge.

“Just throw me a bone,” I pleaded. “Tell me the party’s not going to be at my house!”

And so, I allowed myself to be led into Vitales’ Restaurant on my 40th birthday and be swept into the backroom where friends from as far away as Seattle waved xeroxed pictures of me on popsicle sticks that read, “I’m a Betsy Fan.”

When I turned 50, I begged my spouse of nineteen years to allow me to throw my own birthday party. He finally acquiesced, knowing that I had gotten to the point in my parenting career that I was unequivocally incapable of relinquishing control, even for one night.

“For my 60th we’ll rent out a ballroom at the Marriott,” I vowed. “And, by then we’ll be so rich we’ll even pay for all the out-of-town guests’ rooms.”

On the cusp of turning 60, with no party planned, no party desired, perfectly content to just have dinner with my family, dinner with friends, lunch with the yogis, sail away with Patty and rendezvous with college friends in New Orleans, I find myself looking back on my decades past. Or my decadent past. As the decade may be.

I spent my twenties resisting adulthood. I graduated from college. I traveled cross-country on a Trailways bus. I ate unidentifiable foods in Hong Kong. Toasted the New Year in Moscow. Sang Karaoke in Manila. Rode a bicycle in Tours. Slept three-in-a-room in Paris (without a fan). I spent summers sharing a Brigantine beach house, sleeping with way more than three in a room. I fraternized with the help on a Caribbean cruise. Then another. And another. I worked at TV Guide magazine. I celebrated the 1980 Phillies World Series win. I sat next to Harold Carmichael (google him) at a 76ers’ game. I went to weddings. So many weddings. I floated from highfalutin Philadelphia affairs to dark dingy suburban saloons looking for something that, snap, was right there all along. Sitting in a cubicle right down the hall from me at TV Guide magazine.

I spent my thirties creating a family. I banged out babies every two years. I worked at CNBC three days a week, worked at home two days a week and, while doing so, dragged those kiddies to grocery stores, Toddlekins classes, play groups and children’s museums. My college roommates, Sue and Betsy, would bring their respective broods and spend weekends in my tiny Cape Cod house. We’d sit for hours at the playground yakking away, pretending not to see Emmaline bite Jonny or Leo kick Sadie. Then we’d fill them with chicken fingers, or some organic concoction that Betsy brought, blop them three at a time in the bathtub and talk some more. All the while, child-free Ann just shook her head and counted her blessings.

I spent my forties muddling through mess. I became a freelancer. And a PTA president. And a Little League board member. And a soccer mom. And a football mom. And a cheerleading mom. And a Sunday School teacher. My house was in constant chaos. My minivan was in constant motion. My body was in constant pain. I had my hip replaced. Contracted pancreatitis. Had a hysterectomy. Exorcised my gallbladder. I lost my father. And my mother-in-law. I under-worked and over-parented. I under-parented and over-volunteered. We family-vacationed in New Hampshire, Canada, Vermont, Martha’s Vineyard, the Catskills, the seashore. And hung it all up in Jamaica.

I spent my fifties raising teenagers. Worrying about where they’d go to college. How we’d pay for it. And what would happen if, God forbid, they became students rather than athletes. I lost two bosoms to cancer. And lost all the weight I had gained over the years. Well, maybe not all of it. I rode my bicycle again. For miles and miles. I worked on a food truck. I went to Canada, California, New Orleans, Maine and Mississippi. I went to South Carolina and North Carolina. And kept going back long after the daughter graduated. I reunited with high school friends, Madge, Patty and Rachel, in Las Vegas. And then proceeded to go on a cruise with Patty every year after. I started a blog. I wrote two novels that live in my computer. I joined a book club. A writer’s club. And haven’t volunteered in years. Except at church. And that’s just to hedge my bets as I get ever-closer to meeting my maker.

So, here I am, on the cusp of my sixtieth birthday.

But then I smile.

Because hey, with a track record like mine, I can’t imagine that the next decade will be any less decadent or any more scary than any of the others I’ve already conquered.

I just hope the Old Minivan is up to the challenge. 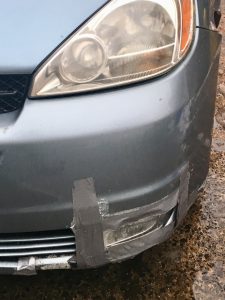