A Good Day to Have Faith | Old Minivans Die Hard

A Good Day to Have Faith 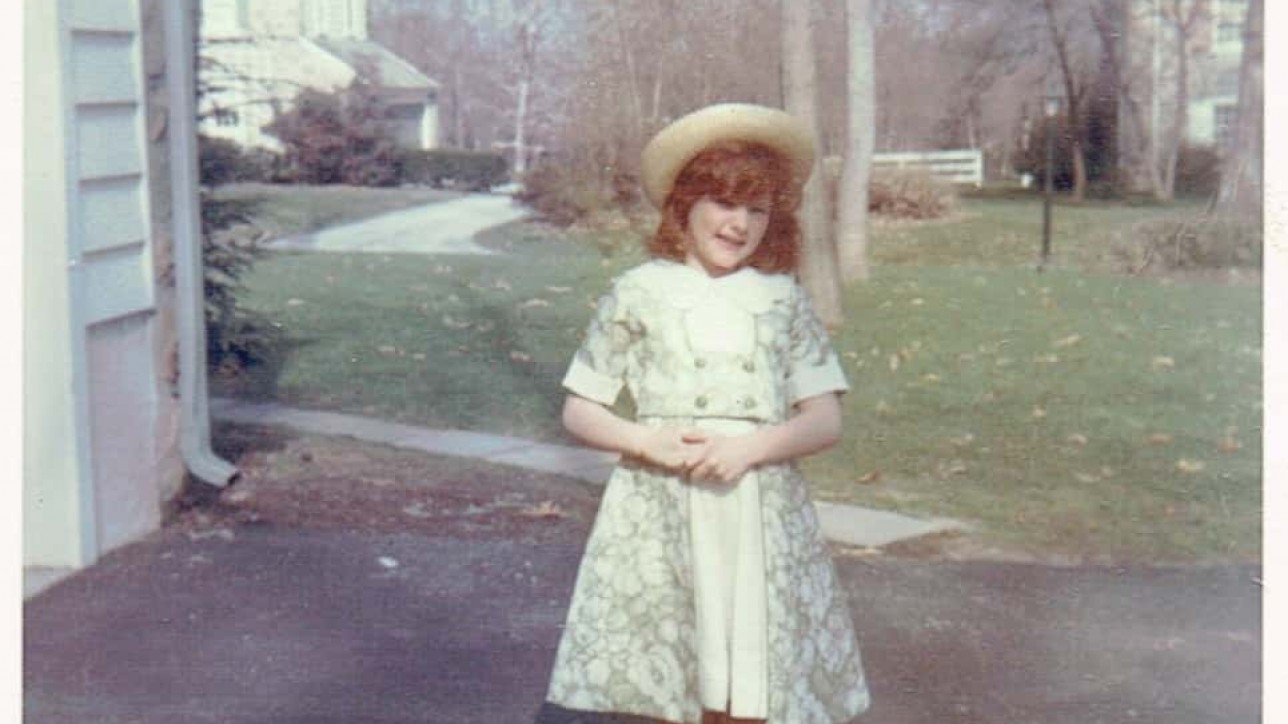 I may be a church-goer, but I’m the first to admit that on the ladder to the Lord, I’m on one of the lower rungs. Growing up, we went to church every week, me and my three sisters poking each other in the front pew at St. Thomas’ Episcopal Church while my mother looked straight ahead hoping not to cause a scene. My father joined us on snowy Sundays when the golf course was closed; his main objective was to identify the Church Creeper who consistently passed odoriferous gas.

Once we were out of high school we were never forced to go to church, but it was always expected that we’d go on Easter. Always a little bit of a brown noser, I used to scrape together my college beer money to donate flowers on the altar in memory of my grandmother. I knew when my mother read the bulletin on Easter Sunday, she’d be touched, and in my book, that good deed trumped attending a church service. Once I graduated and lived at home, guilt prevailed so every Easter Eve I’d bitterly cut my night short so I could drag myself out of bed in time for church the next morning.

One Easter, my spouse-to-be came to visit for the weekend. We woke up bright and early and headed to church to surprise my family. Lo and behold, it was the day the clocks sprang forward and we missed the service.

Once we got engaged, I had to show up at church on a somewhat regular basis for a short period of time in order to be graced by God and charged a little less money for the wedding. We attended marriage classes together and the minister made a memorable reference to “doing it” on the kitchen table.

And then we moved to New Jersey and just kind of never went to church again.

When it was time for Molly to be baptized, we jumped in on a double ceremony with her cousin Harley. Two years later when Max was born, we couldn’t find another way to cheat the system. So, we started looking for a church.

We stumbled upon a little church in Leonia and just like that, I switched from being a life-long Episcopalian to a Presbyterian. I pretended it was as big a deal as switching from a lifetime of Colgate to Aquafresh toothpaste for my spouse, but truthfully I liked the Presbyterian way of doing things: they didn’t kneel to pray, they had communion delivered to the pew and they had lots of pot luck suppers.

For me, the real bonus was the hour of free child care so I morphed back into a constant congregant pretty easily. Our kids went to Sunday School and were shepherds and angels in the annual Christmas pageant. That is until sports overtook their lives and we subscribed to the Tony Hargraves School of “if God wanted them to go to church, he wouldn’t have made them athletes.”

Ten years ago, I was in the hospital for one random surgery or another and our pastor, Debra Given, who I consider as much a friend as a woman of the cloth, came to visit.

“We’re starting a book club!” she announced. “All your favorite people are joining.  Leah, Anne, Ginny, Pamela and Grace and whoever else can make it on Wednesday mornings.”

Now, I had long wanted to join a book club and anxiously awaited the first selection.

However, the e-mail reminder said something about starting our Bible Study group with the Gospel of Mark.

I was baffled. I thought it was a book club.

Then I realized I was high on Vicodin when Debra came to visit and probably heard what I wanted to hear. I didn’t realize that the book club meant THE book.

And so I made up excuses for a month or two. There was no way I was going to let these holy rollers discover that I was a fraud and didn’t know the difference between a disciple and a prophet, a psalm and a proverb, the old testament and the new.

But, for some reason, I went. And kept going.

We’re an irreverent group who painstakingly dissect and discuss different stories, sometimes taking two weeks to cover one paragraph. We share our spiritual secrets and insecurities, our pains and our pasts, our humor and our knowledge (or lack thereof). We doubt, we deny, we discover. And every week, something, no matter how insignificant, sinks in.

Along the line, I became a Sunday School, I taught confirmation class, served on tons of committees and even became a Deacon.

But still, I don’t know God like my friend Angela does (who much to her spiritual chagrin, is married to the aforementioned Tony Hargraves). She feels Jesus in every fiber of her being and I often envy that true and comforting connection.

I’m not very good at praying. I feel bad asking for things. I did pray once that Leo would get a hit in a baseball game. And he did. But the next time I tried, he grounded out twice.

Because I don’t need to.

Today in church we prayed for the woman whose house burned to the ground taking two family members with it; we prayed for the family of the 17 year-old boy who died this fall for no reason at all; we prayed for the sick, the sad, the suffering. We prayed for the South Korean families who were holding on to hope that their teenaged child somehow survived the sinking ship. I said a silent prayer for my friend who is battling cancer alongside her teenage son battling his own cancer. For my friend Maurice who is feeling lost without his spouse, for my bosom buddy Chris who is living every day of her life with lung cancer, for Janice who is patiently waiting to gain back her sight.

When I look at what I’ve got in the wake of those around me, I wonder how it is that I got so lucky.

And as the trumpet sounded and the choir sang and the spring flowers burst forth with color across the front of the church, I felt a sudden surge within my soul.

Now, since I’m not holy, I can’t presume to know where that feeling came from.

But maybe, just maybe, that’s what faith is all about.