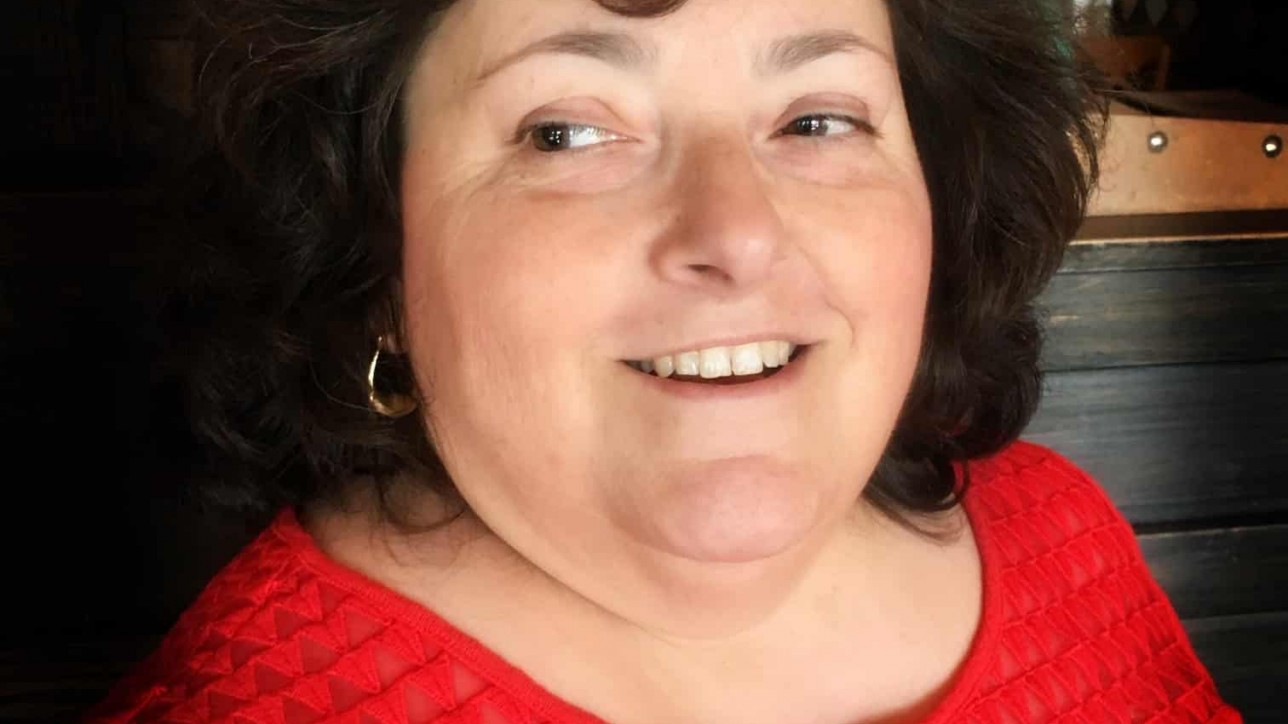 “I know I’m somewhat biased,” Janice said a couple months ago at her nephew Ian’s wedding. “But, they are all so smart. And handsome.”

“And pretty,” I added, tipping my head toward Jenna.

I laughed. No one but an aunt could get away with that kind of somewhat biased remark without it being met by an eye roll, or worse.

Janice was the quintessential aunt. She had more nieces and nephews than anyone I’ve ever known. Though only seven of them were true blood relatives, half the town of Teaneck had been graced by her goodness and love. So much so, that dozens of young and old took to calling her Aunt Janice.

Aunt Janice was a huge part of my kids’ lives. For most of their childhood, Janice lived with her brother, Larry, his wife, Claire, who was my best friend and co-dependent co-parent, and their four boys, Ian, Zack, Harrison, and Noah. The Preschels lived within screaming distance from our house and my kids and I spent an inordinate amount of time up on Prince Street.

To Aunt Janice, no swing-and-miss, no not-so-great report card grade, no fight with a friend was ever one of her nieces’ or nephews’ fault. There were always extenuating circumstances; a bad call, a late-night belly ache, a misinterpretation. And, that went for all of the kids she loved, not just the ones who lived inside her house.

Aunt Janice loved fiercely. I say fiercely because as kind as she was, if anyone said anything the least bit disparaging about one of her, kids – yours, mine, and ours – she would bite your head off. I know. I was bitten many times.

When we’d go on group outings; to the Liberty Science Center, on the Yankees behind-the-scenes tour, to Geronimo’s after a game, Aunt Janice would always be responsible for the ones we were tired of. The wanderers, the weirdos, the whiners.

And, once her nephew, Eric, started working for the Nets, a whole new opportunity opened up for Aunt Janice. Now she was getting tickets and taking carloads full of kids to games, pumping them up with late-night sodas and snacks, because really, what’s a game without all the fixings?

Aunt Janice was a pillar in our community. She was president of the Rotary Club, not once, not twice, but three times. She was active at her Temple. She was founding director of Teaneck’s Helping Hands Food Pantry. She was kind and giving and witty and wise. Oh, so wise.

In high school, the kids all had to put in a certain number of community service hours in order to graduate. Between playing multiple sports, and monumental socializing, those hours were just about impossible to complete.

Aunt Janice employed our kids to help out at “her” food pantry with the promise of extra hours added to their time sheets. Word got out and dozens of surrogate nieces and nephews were suddenly interested in feeding the needy. But, Janice had an ulterior motive. Knowing that it’s impossible to help others without helping yourself, she knew she wasn’t really cheating the system with all those inflated timesheets. But rather, she was creating a whole new generation of do-gooders.

Aunt Janice stood with unabashed pride at all six of her nephew’s bar mitzvahs, as well as at her niece’s bat mitzvah. She straightened bow ties for proms and ironed shirts for awards dinners. Aunt Janice loved to iron. She went to every graduation from Jelly Bean Nursery School’s moving up ceremony through college commencements. And, she was often present at off-year ceremonies to see an unrelated child celebrate, especially if she knew that child didn’t have a huge following like hers did.

“Who woulda thunk?” I said to Aunt Janice at Ian and Kaori’s wedding back in October. The two of us surveyed the room, taking in all the friends and family members who we had spent a lifetime worrying about. We silently targeted the ones who had traveled and transformed, battled and believed, stumbled and succeeded, leapt and laughed.

“We did good, didn’t we?” Janice said, uncharacteristically blinking back tears.

No, Janice. You. You did good.

Janice Preschel, sister, sister-in-law, friend, and ultimate aunt, died on March 30, 2020 at age 60, from complications of COVID-19. To honor her memory, the family asks that we all take this deadly virus seriously and continue washing our hands, social distancing, doing good deeds, and helping others. Because, as Aunt Janice would say, it’s just the right thing to do.